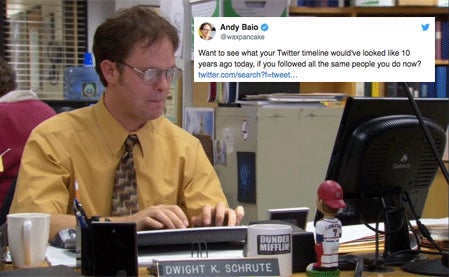 Last year saw one of the biggest changes on Twitter after it rolled out its 280-character limit and changed the way users tweet these days. With the prolonged character limit in tweets and the “thread” feature, people can now tweet longer and express themselves, or tell a story in a series of tweets. The platform continues to try out new features to improve user experience, and over the years, it has changed how we see our “timeline.”

But if you’re curious to see what Twitter looked like from years ago, there’s a hack you can try to see what your timeline was like 10 years ago. All you need is a short search code which you can customize to take you back to any date in the website’s history.

Want to see what your Twitter timeline would've looked like 10 years ago today, if you followed all the same people you do now? https://t.co/41a6iQcYhc

According to Andy Baio, former Chief Technology Officer of Kickstarter, you can check the tweets of the accounts you are following from any date you wish to see by adding this code on the search bar: filter:follows until:yyyy-mm-dd -filter:replies.

You can always change the date and click “Latest” to see everything in order.

And change the date to whenever you like! Here's what Twitter looked like FIVE years ago today. (Hit "Latest" to see all tweets if you're on mobile.) https://t.co/GdsdkgKGRh

To make it even more interesting, there’s also a hack for when you want to see tweets in chronological order without the “algorithm junk” that often mixes the popular tweets with the recent ones.

By the way, if you remove the date parameter from that search and click "Latest," you get a strict reverse-chronological timeline with no algorithm junk. 🙌 https://t.co/OTOeFTZfiz

10 years ago, you’ll see that Twitter cards aren’t a thing yet and publishers had to use shortened links.

You’ll also see what your favorite celebs used to tweet about.

Try it out and send screenshots of your friends’ cringeworthy old tweets for fun or just feel nostalgic on how people have come a long way on Twitter. 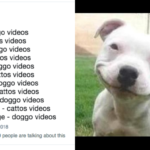 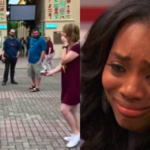