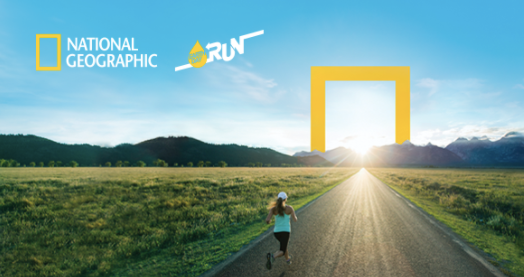 The annual National Geographic Earth Day Run, now on its ninth year, has set itself apart from other fun runs by supporting environmental causes that affect local communities in need.

These have ranged from planting of fruit-bearing trees in Sierra Madre, building fiberglass boats for fisherfolk in Palawan and donating solar-powered lights to the Tawbid Mangyan tribes in Mindoro, among others.

But as runners — dubbed eco-warriors — supported the advocacies, there were also criticisms of the event, particularly that it ironically contributed waste in the form of paper cups and plastic bottles.

This year, organizers have chosen to back a #NotPlastic campaign and minimize the plastic waste from the run.

“It’s quite challenging; this is also a result of what we had last year where we had so many suggestions to do away with paper cups or plastic cups,” says Andrew Neri of RUNRIO events managing partner. “For this year, we will say no to plastic so there will be no plastic bottles and plastic cups.”

To keep runners hydrated, a reusable water bottle has been included in the race kit. This must be brought on race day to access the refilling stations along the route; Neri suggests filling up one’s bottle before the race starts. The event will also have trash bins where waste can be segregated.

This year, the Earth Day Run aims to benefit once again its partner of six years, the World Wildlife Fund (WWF) through the #NotPlastic campaign.

WWF Philippines’ Miggo Bautista says the campaign is beyond raising awareness: proceeds will support projects in Donsol, Sorsogon where infrastructure will be built using eco-bricks.

“It’s a single plastic bottle that you fill with let’s say candy wrappers, shredded plastic bags, and all the non-biological waste,” Bautista describes the eco-brick.

The race will also tackle the pressing issue of water shortage brought by climate change. Rain storage tanks will be distributed to farming communities in Mindoro to support them in harvesting crops.

Another new feature is that the event has removed the full marathon or 42K run in exchange for a shorter 3K run.

“We replaced it with 3K because we want really to encourage friends and family to join the cause in creating awareness to save the environment,” explains Neri.

Making the run more accessible to the most casual of runners — or even walkers — is one way to raise more awareness of environmental issues. More than that, it will ideally allow more individuals to do their part in preserving the environment.

Apart from the 3K, individuals can participate in the 5K, 10K and 21K. Registration is already full for the 10K so those interested can fill slots of other distances. As of last Thursday’s launch, the number of those registered was pushing 11,000 of the expected 15,000 participants.

A perk of the run is the racer’s kit, which contains a singlet, race bib, reusable water bottle and face towel.

For those who want to embrace a waste-free lifestyle, the race will allow digital payments through mobile app Paymaya.

“During the registration on-ground, you can pay without cash via the QR,” says Paymaya’s Raymund Villanueva, who adds that there is a P150 discount for the runners who pay through this mode.

The race will be held on April 22 at the SM Mall of Asia grounds. Neri stated that this may be the last time they are permitted to use Roxas Boulevard due to MMDA concerns.

Registration details can be checked at http://www.natgeoearthdayrun.com. JB 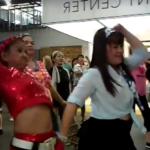 The internet cheers for the woman who upstaged everyone in Zumba 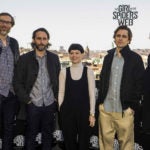 ‘The Girl in the Spider’s Web’ reveals cast photos