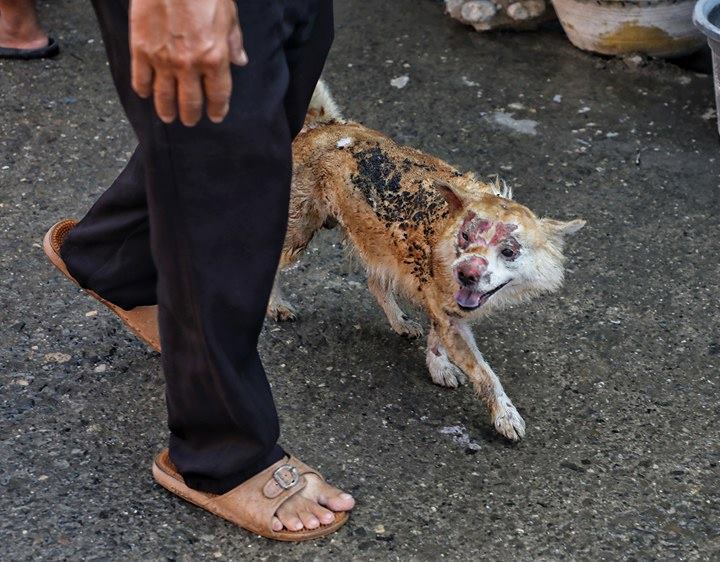 Dogs are one of the most loyal creatures ever created on earth. Every day we see testaments of love that prove dogs are not only man’s best friend, but also a companion who devote themselves and their lives to us humans — loving us even without expecting anything in return. They give that kind of unconditional love that not even humans can.

We see stories of dogs remaining loyal to their “masters” even after their death. The story of Hachiko waiting for his master for over nine years after he died still gets me ugly-crying.

Though there are a lot of heartbreaking stories of dogs and human relationships that will make you question why the universe is so cruel, we live for the stories of fateful encounters, hilarious moments, and reunions that remind us how important dogs are in our lives.

This picture taken by Tonee Despojo that was shared on Cebu Daily News (CDN) shows a dog badly injured after a fire broke out recently in Minglanilla town, southern Cebu. The dog was said to be reunited with his master after the fire, and clearly, he looks happy with him despite the pain from the visible injuries he got.

LOOK: A domestic dog reunites with her owner during the fire in Barangay Ward 3, Minglanilla town on Monday afternoon /…

The photo has been making rounds online as people see not only a badly injured dog, but also a faithful pet who wouldn’t mind getting hurt as long as his master is okay—and for that, he is happy.

The owner of the dog Mark Vincent Castro is said to be a Grade 12 student at University of Cebu – Maritime Education and Training Center. According to a comment he left on the photo posted on CDN’s Facebook page, nobody was inside their house except the dog when the fire happened. His parents were at work and he was at school. For now, the dog is on a vacant lot where he brings food for the poor pet.

One netizen was in contact with Castro who shared that he actually have two dogs—the one in the photo is “Chibok” while the other is called “Butchik”. Castro said that they are now in an evacuation center after the fire but he still feeds the dogs.

According to Saving Strays Cebu the raging fire burned down many homes and brothers Chibok and Butchik escaped and survived the fire. Unfortunately, four other dogs including their “mama dog” who lived in a different house, died.

Castro said in a comment that the dogs are now in his aunt’s custody. People are encouraging Castro to bring Chibok and Butchik to the vet and he said that he will do so tomorrow. Others were telling him to use egg whites as home remedy for the dog’s burns but looking at how badly injured the dog was, a veterinarian should attend to his dog’s medical needs.

Stories like this show us how resilient dogs can be. They can also be the most selfless and loving friend we know. They wouldn’t mind running through fire or die for humans just to keep them safe. No matter how badly hurt they are, they still manage to lift up our spirits during our toughest times.

We don’t know what we did to deserve this kind of love from dogs, and if you ever had a dog at least once in your lifetime, cherish that. Make the most out of it. It may not be the same as what you get from humans, but you know it’s one of the best kind of love you’ll ever receive.

UPDATE: According to Saving Strays Cebu, Chibok is now admitted at Animal Kingdom in Escario St., Cebu City. He sustained severe third degree burns and lost one of his eyesight due to his injuries. He still needs medical assistance and financial support to help him fully recover.

The aftermath where everything lost in an instant. @ Minglanilla, Cebu

For those who would like to help Chibok and his family, you may contact Saving Strays Cebu on their Facebook page or reach out to Mark Vincent Castro.

Dogs prevent dad from throwing Christmas tree away because the holidays aren’t over
Finally, a study proves that we heckin’ love dogs more than humans
This doggo rescuing a drowning baby deer proves that dogs are ‘such good boys’
PCCI and animal lovers condemn tragic death of 30 dogs at a dog show
It’s not just you: Turns out dogs are also kept awake by their worries and anxieties in life 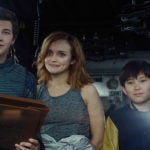 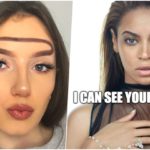 LOOK: ‘Halo Brows’ is the latest eyebrow trend taking over 2018