Mystery, intrigue, suspense, drama, and romance come together in the unique television series “Kiss That Kills.”

As one of Asia’s newest Japanese television dramas, Kiss That Kills is about the sought-after club host, Otaro Dojima, whose life is completely changed when he unexpectedly dies from a mysterious woman’s kiss. But unlike most deaths that end in nothingness, Dojima wakes up seven days before his demise to relive the events that happened within the week. And until he figures out a way to stop his death and unravel the mysteries that surround his life, he is stuck in that never-ending time loop.

Kiss That Kills is a television series that tests the boundaries of time and space, fantasy and reality, while still delivering a story that’s worth sharing.  And thanks to actor Kento Yamazaki’s portrayal of Otaro Dojima, the story is brought to life on our television screens.

Portraying the narcissistic and self-centered Otaro Dojima was no easy task for Kento Yamazaki. In fact, he shared some interesting details about what it was like to play this particular character with InqPOP!.

‘Kiss That Kills’ challenged Kento Yamazaki as an actor

As many Asian drama fans know, Kento Yamazaki is a celebrated Japanese actor with a plethora of acting credits. Back in 2015, fans got to know him as the enigmatic L on the 2015 live-action version of Death Note. The succeeding year, he was awarded the title Newcomer of the Year by the Japan Academy Prize. This year, he takes on one of the hardest roles he has yet to portray — Otaro Dojima.

Unlike many of his previous characters, Dojima is a host of a club — an aspect of the character that’s very new to Yamazaki.

“This host job was kind of a foreign concept to me since I didn’t really know anything about it. And it was quite a challenge to think of how a top host should act like [and] what he would look like to others. So I had to think about how I’ll be able to present that — and that’s one of the most difficult things [that I had to do while filming the series,]” Yamazaki said to InqPOP!.

Yamazaki overcame this difficulty by doing much-needed research. He admits to having watched shows with characters who exhibit a similar personality as Otaro Dojima. He also consulted with a person from the production team who has experienced being a host.

“There’s also an assistant director [that] I know of who used to be one (host) and I asked him what it’s like to work as one and this helped [at my portrayal of the character,]” Yamazaki further explained.

Through this role, Yamazaki has learned that being a host means knowing how to interact with people.

“Ultimately, it’s about people. So, I talked about it with the directors and production team. [I asked them] ‘What should a top host be like as a person? How does he become such a great host?’ Then, we came to the conclusion that the character should act like he cares about everyone. He pays attention to detail — so when he talks he pays attention to what he says and what comes afterwards. That’s how I built up the character.”

It may have been a challenge for Yamazaki to embody Dojima’s persona, but fans seem genuinely pleased with his portrayal of the character.

Otaro Dojima was a character ‘reset’ for Kento Yamazaki

Since winning Newcomer of the Year in 2016, Kento Yamazaki has continued to take on roles that challenged him. And though he’s proud of the award he received in the past, he makes sure that he continues to give 100% of his time and effort into every role.

“I’m flattered with the award. On the other hand, I don’t want it to be the benchmark of my [acting] ability. I like to reset myself every time I approach a new role. I try to maintain the attitude that I’m a newcomer and that every role is my first role. For me, that’s more important for my growth and experiences,” Yamazaki disclosed.

Through Kiss That Kills, Yamazaki continues to expand his horizon and grow as an actor.

“Since shooting hasn’t finished yet, I can’t say for certain what I’ve learned from this show. But for the time being, I think I learned to be more able to think on my feet — to be more flexible, more capable of reacting in an instant. The show is quite complicated because you have the same scenes being shot differently.  I have to be very quick in my responses. I have to think, ‘Oh for this take on this scene, I have to do it differently but still retain the similar aspects from the previous shot.’”

In Kiss That Kills, Otaro Dojima can often be seen getting close to the female characters of the show. Because of this “playboy” aspect in Dojima’s personality, Yamazaki is required to have numerous kissing scenes with various women. But Yamazaki himself admits that he does not share the same objectifying view on women as his onscreen character does.

“What’s difficult in this role is the way I have to keep talking sweet nothings to women — that’s one of my challenges. Because in reality [with women,] there is no game plan. I think that men just have to be very considerate, accommodating [of their disposition and feelings],” he shared.

Additionally, Yamazaki says that the kisses on the show are different from the ones you typically see in other Asian dramas. He expounds, “usually when a character kisses someone [on a show] it’s because they love one another. And a lot of times, it happens at the end of the show where they get together, kiss, and then live happily ever after. But this one is different. The kiss is not about affection, it’s more of a tool for the character — it’s basically a time machine. So that’s a big difference from the usual [scenarios found in other shows].”

InqPOP! asked Yamazaki what he thought would ultimately draw viewers to tune into the series, and he replied:

“There are a lot of different aspects [that will draw viewers into the show], as you can tell from watching the series. The first is the evolving relationship between Otaro Dojima and the kissing girl. The next is whether Dojima can actually achieve his dream of getting the rich girl. And then there’s that mysterious character Harumi (Masaki Suda) — [whom you’ve got to ask] ‘who is he?’ Lastly, there’s that unsolved mystery about where the younger brother Kota went.”

“It’s this collection and combination of storylines, plot lines, and mysteries that attracts the audience,” he said.

Yamazaki also shared that more revelations about the plot and the characters will be shown in the succeeding episodes.

“I’ll give you only a tidbit. There’s going to be a fake wedding somewhere along the line [of the show]. And Otaro kisses around two more people other than the mysterious looking girl,” he teased.

Since the television series premiered across Asia last January 7, more and more fans are loving Kento Yamazaki’s performance as Otaro Dojima. In response, Yamazaki asked fans to stay tuned to the series as more surprises await them.

“First, I’d really like for fans to watch the drama because it’s a very unique show that’s got an idea that hasn’t appeared before [on other shows]. I myself like stories about time leaps and when I watched the finished product, I admit that I really like the show myself. I hope the audience will also enjoy the show as well!”

GEM TV is also available on many other cable operators nationwide.

For more details about the show, visit www.GEMtvasia.com. 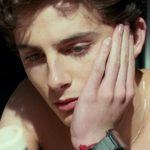 Timothee Chalamet, in the mood for love in “Call Me By Your Name” 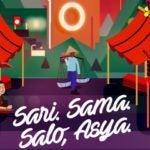