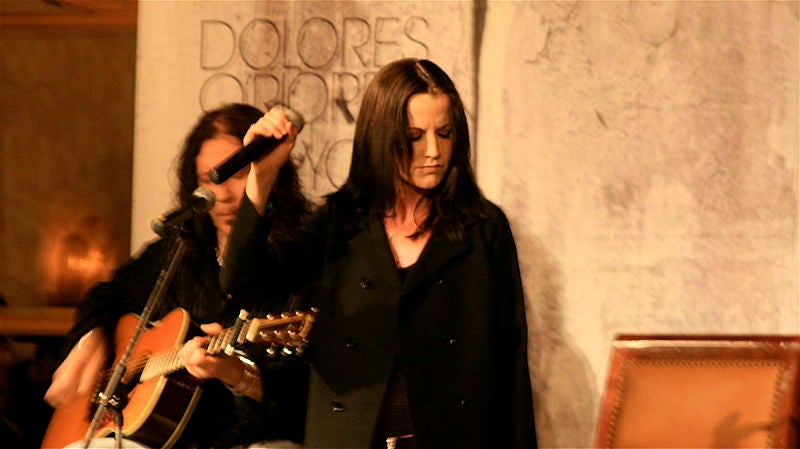 In memoriam: The life and times of Dolores O’Riordan

A shocking news hit the music scene on January 15, 2018. As bits and pieces of reports trickled in from London to newswires and agencies all over the world, one thing was becoming certain: someone famous has died and the cause of death has yet to be determined.

It was only a matter of time before a name was given to this personality with the untimely demise: it was Dolores O’Riordan, one fourth of Irish rock band The Cranberries, which she has led for more than a decade. At 46, Dolores left behind three children, former bandmates, and a legion of fans waiting to hear the band’s new music, even as The Cranberries canceled majority of their 2017 tour dates due to Dolores’s back pains and other health issues.

O’Riordan’s management and family has requested privacy at the moment.

Dolores won her way inside The Cranberries after auditioning and getting the lead singer role for the band. Initially, a male singer fronted the band, but things changed when he left and the rest of the members heard her and saw that she had something new to bring to their sound.

“We were looking for a replacement. When Dolores came in, she sounded completely different. She had such a strong voice and she sang in an effortless manner. I don’t think she was even aware of it,” the band said in an interview with Inquirer editor Pocholo Concepcion.

She was part of the creative production for all five hit albums, and wrote almost all of the band’s biggest hits like “Zombie”, “Linger”, “Animal Instinct”, and “Dreams”. Her songwriting has always been reflective of her own thoughts and experiences. In an interview, Dolores said “Linger” was inspired by her experience of being rejected by the guy who gave her her “first proper kiss.”

“This guy asked me to dance and I thought he was lovely… I couldn’t wait to see him again. But at the next disco, he walked straight past me and asked my friend to dance. I was devastated. Everyone saw me being dumped, publicly, at the disco. Everything’s so dramatic when you’re 17, so I poured it into the song,” she said.

She wrote “Animal Instinct” when she became a mother to her son. “Ode to My Family” is about her parents and her childhood in Limerick, and is a “ a paean to the simple old days and the warmth and security of family life.”

“Zombie”, the song the band is perhaps best known for, was written solely by Dolores as response to the 1993 Bishopsgate Bombing. The bombing was committed by the Irish Republican Army, a paramilitary organization that sought to remove Northern Ireland from the U.K. and establish an independent socialist republic encompassing all of Ireland. Dolores wrote the song in memory of Tim Parry and Jonathan Ball, two young boys who perished in the attack. The song is the band’s most played single on their Spotify account, with 155,402,008 listeners.

O’Riordan has had many highlights under her belt in her career as one of the world’s leading female rock stars: She has performed alongside Luciano Pavarotti, met Pope John Paul II twice,  starred as herself in Adam Sandler’s hit comedy film Click, and even inadvertently became a style icon in the early 90s with her blonde pixie haircut.

As a public figure, O’Riordan has had her share of controversies. She’s been upfront with her battle with bipolar disorder, and in 2014 got embroiled in an air rage incident that resulted in an arrest after physically and verbally assaulting members of the airline crew. Citing the stress that came from the changes in her life due to her divorce, she settled the case with the court.

O’Riordan’s death came as a surprise for both her fans and to those close to her. According to her publicist, who was the one to disclose the singer’s death, Dolores was in London for a recording session when she passed away “suddenly”. A spokesperson for the Metropolitan Police said that they were called to a hotel along Park Lane in Westminster at about 9 in the morning and that Dolores was pronounced dead at the scene.

As of this writing, the cause of death is still unknown.

We are devastated on the passing of our friend Dolores. She was an extraordinary talent and we feel very privileged to have been part of her life from 1989 when we started the Cranberries. The world has lost a true artist today.
Noel, Mike and Fergal

My first time hearing Dolores O'Riordan's voice was unforgettable. It threw into question what a voice could sound like in that context of Rock. I'd never heard somebody use their instrument in that way. Shocked and saddened to hear of her passing, thoughts are with her family.

We are crushed to hear the news about the passing of Dolores O’Riordan. Our thoughts go out to her family at this terrible time. https://t.co/6p20QD2Ii5 pic.twitter.com/vXscj0VGHS

Absolutely shocked to hear about the passing of Dolores O'Riordan! @The_Cranberries gave us our first big support when we toured with them around France years ago! Thoughts are with her family and friends

To the ghouls who think this is time to comment on Dolores O'Riordan's mental health or possible drug use, just stop. We don't know & it doesn't matter. A human who loved & was loved died for whatever reason. She gave us joy w her music.The only response is #RIPDoloresORiordan

Sad to hear about the passing of Dolores O’Riordan. The world lost a beautiful light today. #RIPDoloresORiordan#TheCranberries pic.twitter.com/KNIyDiceXG

I never go on any road trips w/o these in my car. RIP Dolores O'Riordan…thank u for the beautiful musics.😢 pic.twitter.com/DuXsq5nvLG

💔💔💔😢
The Cranberries were a seminal band in my youth and that voice will be missed. Music can feel so personal. I will miss and love u forever, Dolores O'Riordan.💔😢 #ripdolores #thecranberries pic.twitter.com/MRXx97jr90

You will be missed, Dolores. 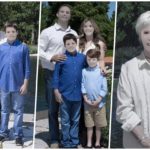 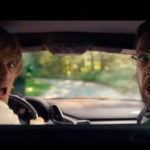 Wilson, Helms go on a roadtrip in search of dad in “Father Figures”