Viacom’s study concludes that resiliency is on the rise despite growing fears of war and that wealth and success is no longer the top source of happiness.

Viacom International Media Networks (VIMN) today released the Asia Pacific (APAC) findings of its global research study, THE NEXT NORMAL: THE RISE OF RESILIENCE. A follow-up to the original THE NEXT NORMAL study in 2012**, the sequel surveyed over 28,000 people ages 6-54 in 30 countries, and this includes seven countries in this part of the world (Australia, China, Indonesia, Japan, Malaysia, New Zealand, and the Philippines).

The study revealed that over the past five years, concerns about terrorism have increased globally (by 40 percent), while trust has dramatically decreased in people and institutions (down 33 percent for religious leaders, 25 percent for politicians). Closer to home, the top three things believed to be as bad as they can get are: wars around the world, terrorism and cyber-crime. However, people are more resilient than ever. Close to 70 percent of APAC respondents (global: 71 percent) feel equipped to deal with the lemons that life throws at them, and compared to 2012, they feel more upbeat about life (up 16 percent) and slightly more empowered (up 2 percent).

Despite everything happening in the world, people in APAC are happier now than they were five years ago (76 percent vs. 69 percent) and feel less stressed (30 percent vs. 41 percent). They have shifted their sources of happiness toward experiences over things (with “being successful” and “having plenty of money” dropping on the list of top sources of happiness). When it comes to coping mechanisms, music and humour were identified as key tools for navigating life today, with nearly 80 percent using music for inspiration and 65 percent using humour to achieve things in life.

“Five years ago, we embarked upon a revolutionary new research study which gave us a snapshot of life in 2012,” said Christian Kurz, Senior Vice President of Global Consumer Insights at Viacom. “While many big moments – good and bad – have changed the world over the last half decade, what we’ve learned from our second iteration of THE NEXT NORMAL is that despite rising fears, there is a growing resilience and the APAC community is showing healthy positivity about the future.”

THE NEXT NORMAL: THE RISE OF RESILIENCE revealed four key ways in which people around the world are showing resilience:

STAYING GROUNDED
While positivity may be on the rise, it comes with hard-edged realism.

ENJOYING THE MOMENT
The data shows that over the past five years, there has been a shift in how people define happiness.

STANDING UP TO UNCERTAINTY
Music and humour are both important tools to get individuals through uncertain times.

COMING TOGETHER
Outside of social media, more people in APAC are using the Internet to expand their worldviews.

With this expanded worldview, more individuals in APAC are expressing openness towards others and a greater support and belief in certain human rights (89 percent in 2017, 68 percent in 2012).

From 2012, increases were seen in the belief that the following are human rights:

THE WAY FORWARD
With all of this in mind, these are Viacom’s recommendations for creating content and messages that will resonate:

“Knowing these insights will allow marketers to create relevant content and messages. In a world of division and misunderstanding, unity is a precious commodity. There is appeal in experiencing solidarity based on common interests rather than age,” concluded Christian Kurz, Senior Vice President of Global Consumer Insights at Viacom.

Five years in the making, THE RISE OF RESILIENCE is the sequel to Viacom’s groundbreaking 2012 study THE NEXT NORMAL: AN UNPRECEDENTED LOOK AT MILLENNIALS and uses both historical and new data points in 30 countries to truly understand global outlooks and attitudes today across generations and borders. 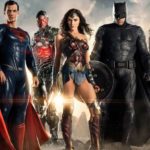 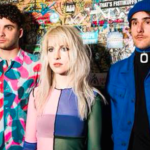