Multi-platinum artist AWOLNATION shared the official music video for their single “Passion”,  featuring well known Brazilian skater Og De Souza and showcases his lust for life and skateboarding. You can watch it exclusively at MTV Asia.

Directed by Ravi Dhar (Lianne La Havas) with Director of Photography Russell Houghten (Transworld, Urban Isolation, Volcom, New Balance) at the helm, “Passion” follows disabled skater Og De Souza in his native Recife, Brazil. There is a lot to Og – in his prime he was attempting and landing the same tricks as the best skaters. He had polio as a child which led to his disability. Originally using the skateboard as a simple means to get around, Og perfected the sport and became a shredder. He has gone on to inspire a handful of disabled skaters in Brazil.

“Og has a such an amazing passion for life, positivity, and of course, skating,” says frontman Aaron Bruno.  “It’s an inspiration to me and what he does is a great example of how to overcome obstacles in life through your passion. I know music has saved my life on more than one occasion. It’s an honour for us that he wanted to be a part of this video and share some of his life together.”

“Passion” is featured in ‘Here Come The Runts’, AWOLNATION’s third studio album that will come out on February 2, 2018. Fans can pre-order the album here and receive instant downloads of “Seven Sticks of Dynamite”, as well as “Passion”. 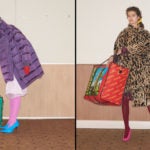 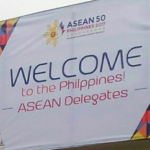