Don’t you ever lie awake at night, with ideas rushing through your brain, and thinking about that humiliating experience you’ve had when you were in the third grade? Anxiety crawls and stays with you as you close your eyes to sleep. Did you lock the door or not?

You worry about a lot of things (including your impending death from a disease that you most probably don’t have) and before you know it, your alarm is ringing and the sun is already shining.

But don’t ever think you’re the only who gets sleepless nights. It turns out that like us humans, our beloved puppers and doggos are also kept awake at night by their worries. Poor babies.

A recent Hungarian study published by The Royal Society scientific journal showed that dogs experience disturbed sleeping patterns when they’re stressed. Think about it, what could be the things that your dog, the goodest boy in the world, is worried about? Maybe you can add that too on the list of things that will keep you up all night.

Researchers monitored the sleep patterns of pet dogs after positive or negative experiences— like their owners petting them and threatening strangers approaching them. Results showed that dogs who were exposed to positive experiences before dozing off had better sleep than those who were under stress— had inconsistent sleep and staying in the REM sleep (the active sleep stage characterised by increased heart rate).

Dogs’ personalities also affected the way they responded, with playful ones less likely to be stressed than those who are more reserved.

Interestingly, the anxious dogs actually fell asleep faster despite not sleeping so well. It’s like how we, humans, can easily sleep at night sometimes despite all the shitty things that happened to us because we just couldn’t care anymore. “Bye, world. We are done for the day.”

We’ve already accepted that crippling anxiety and endless worrying are part of our daily lives. But isn’t it too much that dogs are worried about certain things we don’t know too? They don’t deserve it.

Doin me a worry. 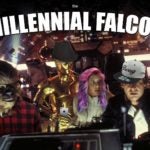 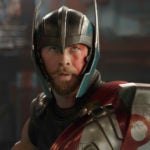