At last, some good news!

Today Congress passed the SOGIE (Sexual Orientation and Gender Identity and Expression) equality bill in a landslide vote (197-Yes, 0-No, and 0-Abstain) on its third and final reading.

LOOK: #EqualityChamps hold up a rainbow scarf on the plenary floor while roll call for #PassADB vote is ongoing.🌈 #YesToEquality pic.twitter.com/UzAzJC0h34

The Anti Discrimination Bill “seeks to define, prohibit, and penalize situations and practices wherein discrimination on the basis of sexual orientation and gender identity occur.” 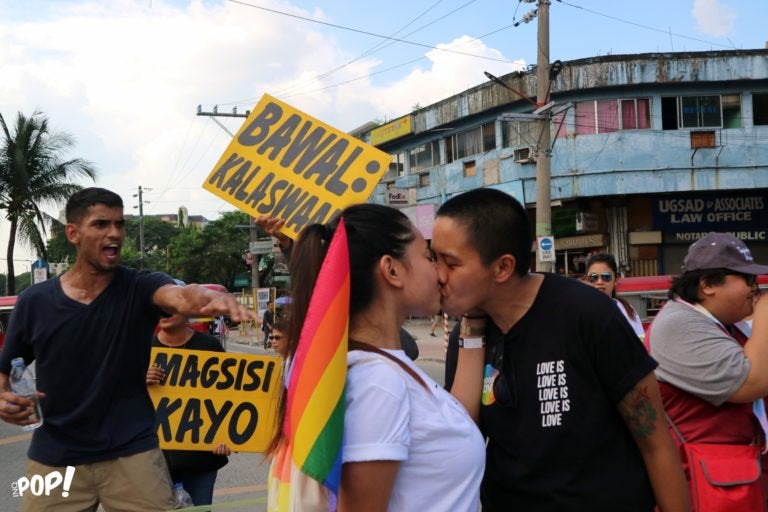 Here’s a rudimentary list of the discriminatory practices specified in the bill:

a) including sexual orientation or its disclosure in the criteria for getting hired, fired, re-assigned, or promoted at work,
b) refusing admission in any educational institution based solely on sexual orientation,
c) imposing harsher disciplinary actions that infringe on the rights of LGBTQ+ students,
d) revoking accreditation, formal recognition, or membership to any organizations of LGBTQ+ individuals,
e) denying LGBTQ+ individuals access to both public and private health and other medical services,
f) denying request for any professional license, clearance certification, and similar documents based on gender identity,
g) denying an LGBTQ+ individual access to the use of facilities, services, utilities, and establishments otherwise open to the public,
h) subjecting an individual to forced medical tests to determine or alter their gender identity/sexual orientation, and
i) harassing any person due to their sexual orientation if you are a member of an institution involved with enforcing the law.

Sanctions for violations of this bill range from a fine of not less than Php 100,000, imprisonment of not less than one year, and gross negligence charges for officials and law enforcers who refuse to act upon complaints. 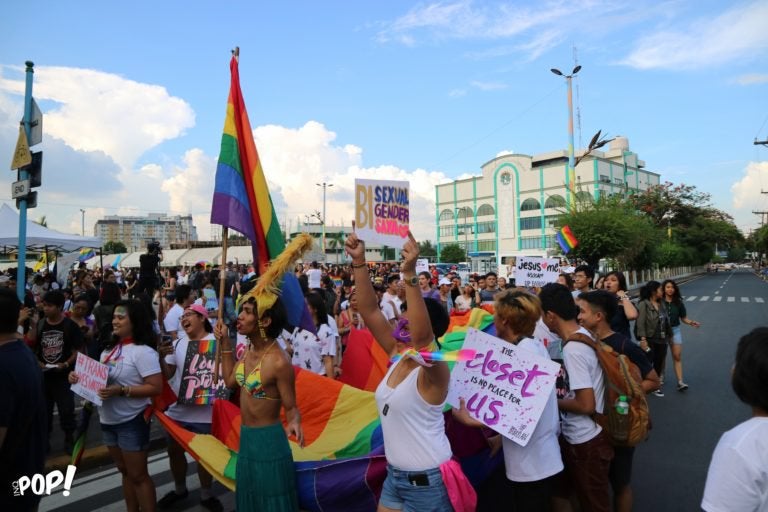 “The closet is no place for us”– Participants hold up their signs during the 2017 Pride March. PAULINE REYES/INQUIRER.net

Given everything that is happening in the country right now–EJKs, the Marawi conflict, passive-aggressive threats of martial law from the government, we could go on and on–this is indeed very welcome news. And while we ought to commend Congress for finally recognizing the need for a law that protects the LGBTQ+ community, the real heroes here are those who tirelessly worked and braved discrimination themselves in order to get the conversation started and prompt people into action.

People on social media expressed their support for the bill:

I'm Juan Miguel Severo.
My love poems: about a boy.
Why straight people share them: it's the same love.
That's a #YesToEquality. #PassADB

Supporting this bill doesn't make you gay & being gay doesn't mean you are less human. Everyone deserves equality. #YesToEquality #PassADB

I am Ryan Chua, a journalist and out and proud gay man, and I say #YEStoEquality! Pass the SOGIE Equality Bill! 🌈 pic.twitter.com/FKtuw0Usiq

i'm roch lazarte, still trying to figure myself out, like many others, & that's OK. all the more reason to say #YesToEquality. #PassADB now! pic.twitter.com/OxdsWRRpRf

There is still a long way to go before the ADB bill becomes a law, but this is a milestone. Yey us! Someday (soon, hopefully), love will also win in our country.