The cost of Carbon & the power of Activism

Let me tell you about the state of our species right now: We are all endangered. 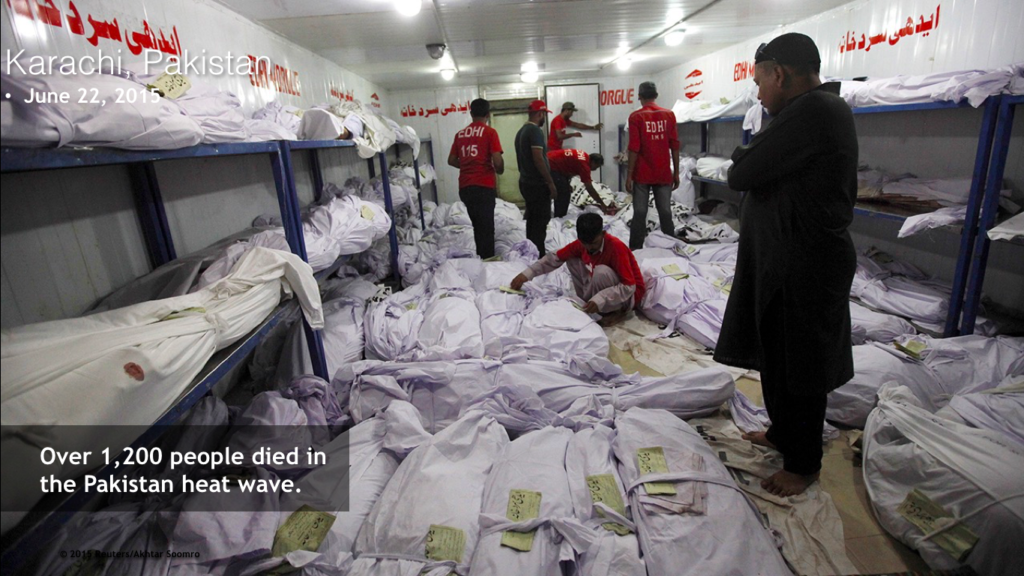 I know that when we hear the term “Endangered Species” we think of poached animals; failed breeders; species that has a 50-70% population decline; or animal groups with a hundred threats in its pocket. Well there is a new kind of threat to humankind, and this is Climate Change. Before I say more, I want to say that this is not an alarmist article; no, not at all. We are actually past the point of alarmism. How can we not be? We’ve already come face to face with Ondoy & Yolanda and every super typhoon, and mega droughts in between. And we just said goodbye to Typhoon Maring while our American friends bitterly said goodbye to their Hurricane Irma, who visited so soon after Harvey. 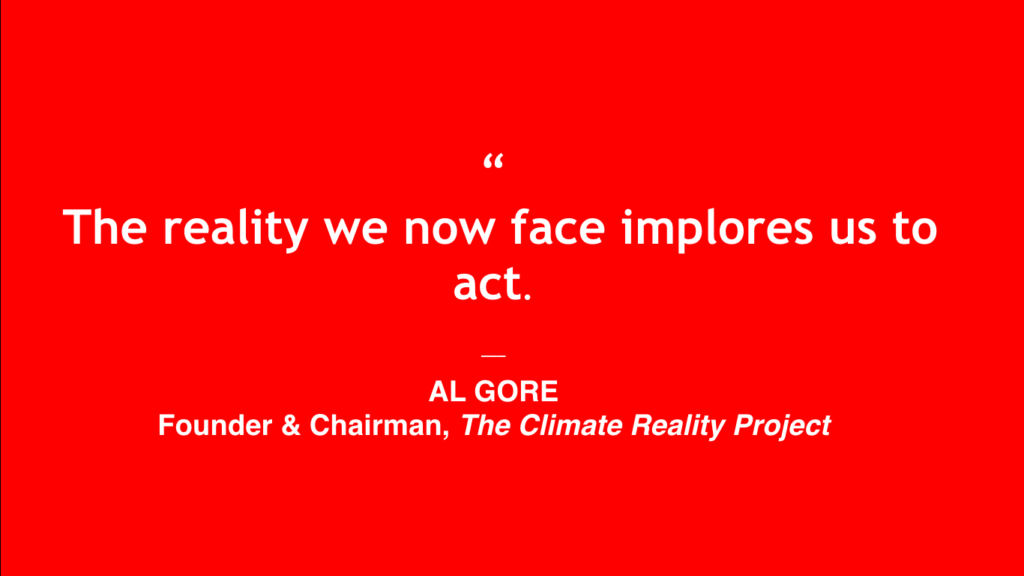 A lot of us have heard about the Climate Crisis but we never really wrapped our heads on the gravity of this phenomenon. For the sake of those out there who are new to this issue, I shall give you a little 101 on Climate Change. Climate Change refers to the regional or global long-term shift in weather patterns. It is that significant change in climate measures, which lasts for a prolonged period. Yes, Climate Change is nothing new to the history of our planet since the Earth has its own natural emissions and occurrences that lead to climate change such as: plate tectonics or plate movements; biotic processes in the form of organisms releasing carbon dioxide; ocean release and respiration; decomposition; volcanic eruptions; etc. 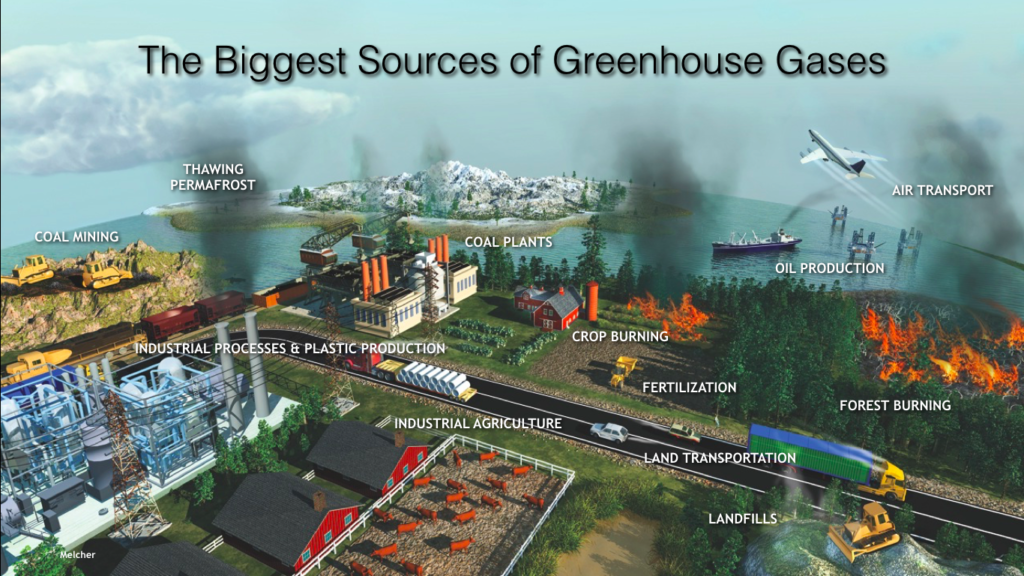 And yes, some of you might be thinking, “Well, we’ve had climate changes before in the past and our bouts of ice ages, but the Earth is still here standing. So what’s the issue my dear? (said the female troll from Frozen)”. 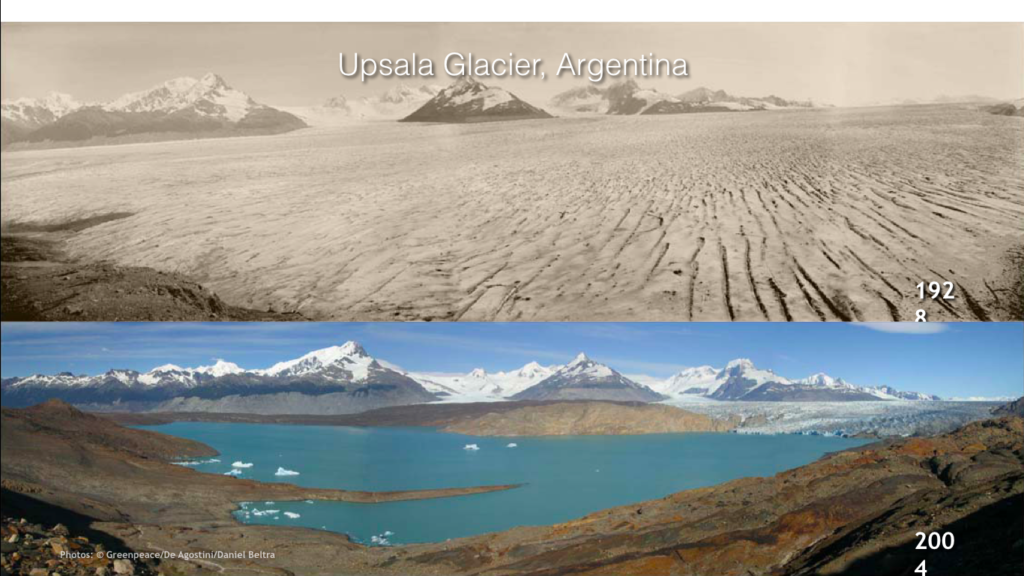 A main answer to this question will touch on the matter of abrupt versus slow change; also, on the mass extinction (known as the “Great Dying”) of 75% —or more— complex life on Earth including our larger-than- life scaly friends, the dinosaurs. The climate changes eons ago happened slow enough that our climate system had enough time to process the long-term feedbacks. In short, Earth has its own stabilization thing going on. Then suddenly, the early to mid-Cretaceous period got record high CO 2 concentration readings; leading to Late Cretaceous period notably being an age of rapid and great change. Continents were breaking up; volcano eruptions were rife; extreme marine and wind disruptions are happening; and sun activities are changing. Paleontologists argue over the catalyst for the mass extinction: whether it was due to an asteroid impact, or if it was because of the notable environmental events. Nevertheless, both scenarios lead to immense and rapid CO 2 contributions; thus, leading to a highly disruptive global warming.

Before, “global warming” is the term heavily used for the Climate Change occurrence; but global warming is just one of the facets of climate change. Other facets of climate change that we are now facing are extreme weather patterns like long droughts, heat waves, super hurricanes, heavy precipitations, and mega typhoons, which again, Philippines knows all too well —being located along the Typhoon Belt in the Pacific. 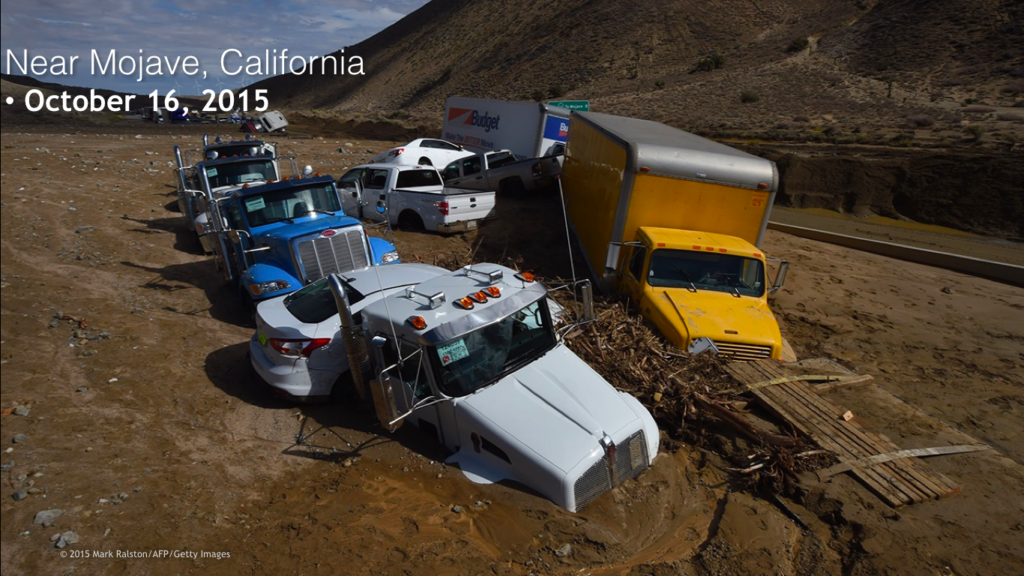 According to Global Climate Risk Index, we are in the top 5 most vulnerable countries to climate change due to geography and development. The onset of Industrial Revolution is that one significant moment in history that bumped up the level of carbon dioxide and greenhouse gases, which led to a climate change that is caused by human activity. This is what we call “Anthropogenic Global Warming”. Anthropogenic relates to the human impact—chiefly, of our pollutants and activities—on the environment. Every major scientific society (from Pediatrics to Veterinarians, to Meteorologists, to Chemists, to all of them basically) in the world confirms the consensus of anthropogenic global warming. 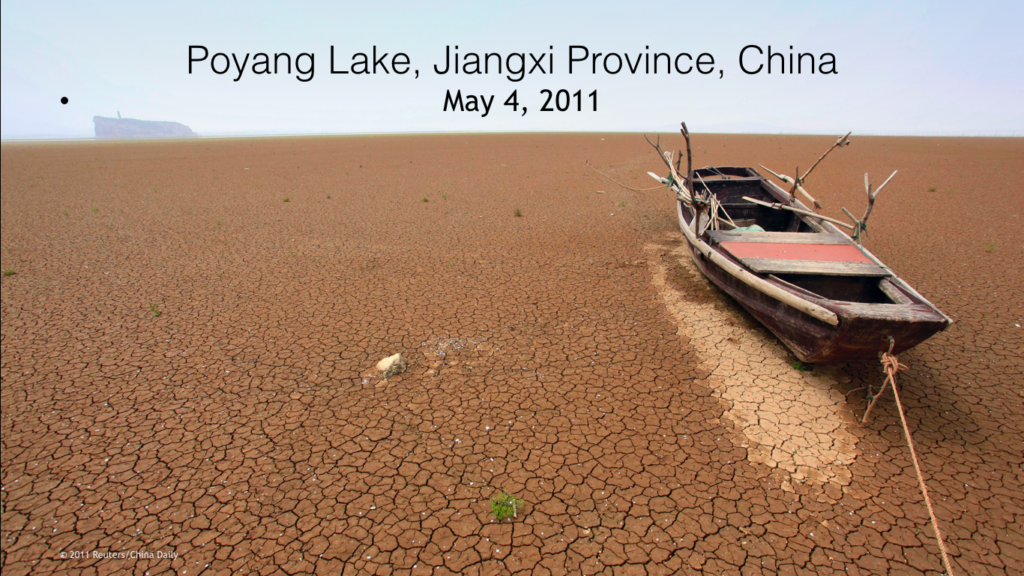 James Hansen, former Director of NASA Goddard Institute for Space Studies, said: “The energy trapped by man-made global warming pollution is now equivalent to exploding 400,000 Hiroshima atomic bombs per day, 365 days per year.” Imagine the constant bombardment of greenhouse gases we humans are doing day in, day out. This is why I easily opined that the human race is in the Endangered Species list. We must realize no later than now that we have our own carbon footprint, and with our carbon footprints combined, no, we do not summon Captain Planet (although many times I’ve wished he would become real), we now put forth a measurement of devastating proportions—the Cost of Carbon. The cost of carbon translates to: Political Instability, Drought, Famine, Sea Level Rise, Scarcity, Climate Refugees, Civil Unrest/Riot Outbreaks, Storm Damage, Infectious Diseases, Forest Fires, Melting Glaciers, Dying Coral, Ocean Acidification, Ecosystem Loss, Species Extinction, Infrastructure Loss, and loss of Life. 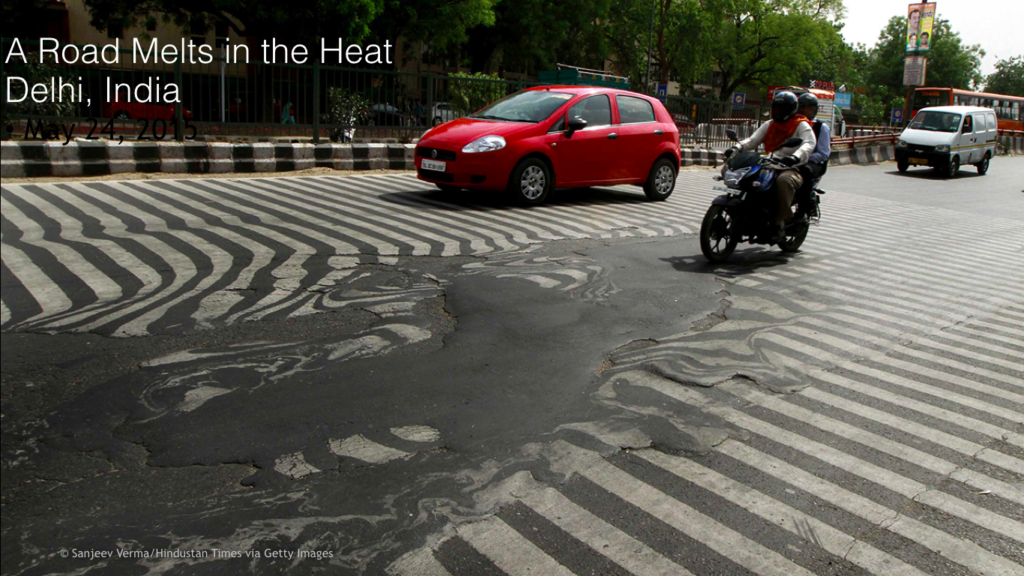 How much does this all cost? Millions? Billions? Trillions? Gazillions of whatever currency? Say that you get to compute it after many backbreaking (mathematical) days, how do you quantify then the loss of lives? Does our life now have its worth in any currency? How do you tell a Mother that for every kid she lost in the wake of Typhoon Haiyan, she will be given a million pesos. Will that suffice? Does that give justice?

Enter the need for us to be our own Activists. And I do not mean just the old-school image of an aktibista with matching placard and screaming his/her wits out “makibaka, don’t be takot!”. I mean our shedding off our apathetic cold-blooded skins and galvanizing the change that we so need. In the midst of the digital age, this should be easy. In the digital sphere, it’s as simple as reading and signing eco-petitions all over the world. Btw, intermission. Did you know USA shut down their coal-fired power plants—mix of proposed and existing—from 2005 to 2015? Or that China has halted the approval of coal mines as of January of 2016? 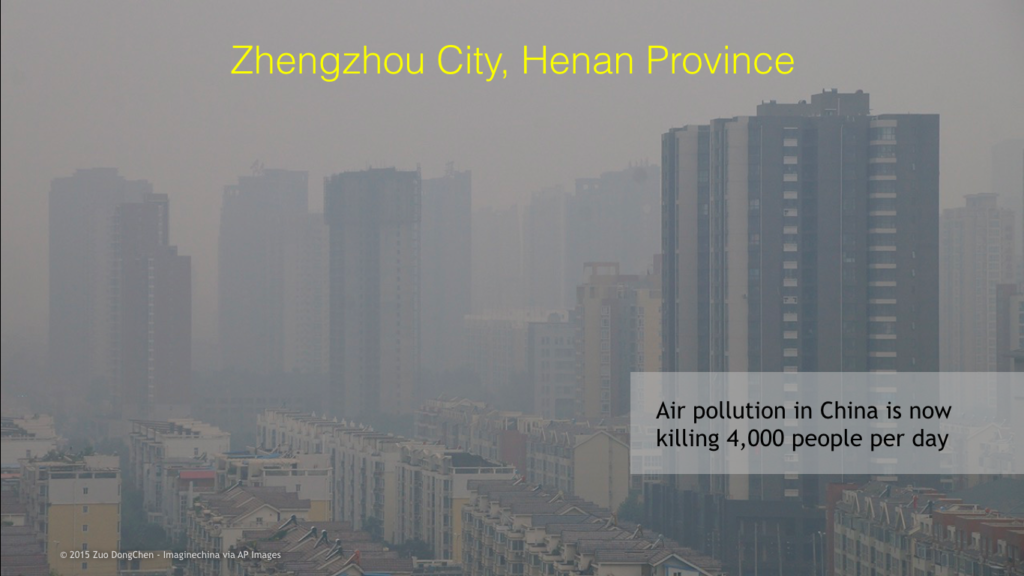 All of this in the power of a click or actual petition signing. See how far your signature can go? It’s also as simple as sharing an environmental post, or having a documentary film night with family and friends, or at least making an effort to reduce meat consumption, or saying “NO!” to straw or plastic utensils whenever you eat out. A lot can be done to lower our carbon footprint and we won’t even break a sweat! These are simple. What’s not simple though is kicking ourselves in the bum to shift our paradigm, and push ourselves into mindfulness and action. And that is the most dangerous thing to believe: that the problems of the Earth will be solved by others. There is no such thing as “others”. We are all stewards of the Earth…we are our own others!! Climate Change, although a technical and scientific matter, will always remain a social, political, and moral problem. We gotta get it in our heads that humans are the problem, but that we are also the solution. The answer lies within our initiative to educate ourselves, and others who cannot access education, and convert our education to physical possibilities for the greater good. It lies in our government to pave the path (literally and figuratively by the way!) towards a sustainable and prosperous tomorrow. Climate Change is addressed solely by the realm of our hearts, and supported only by the fullness of our minds. If we cannot change the climate from within, then we cannot solve the climate problem about. 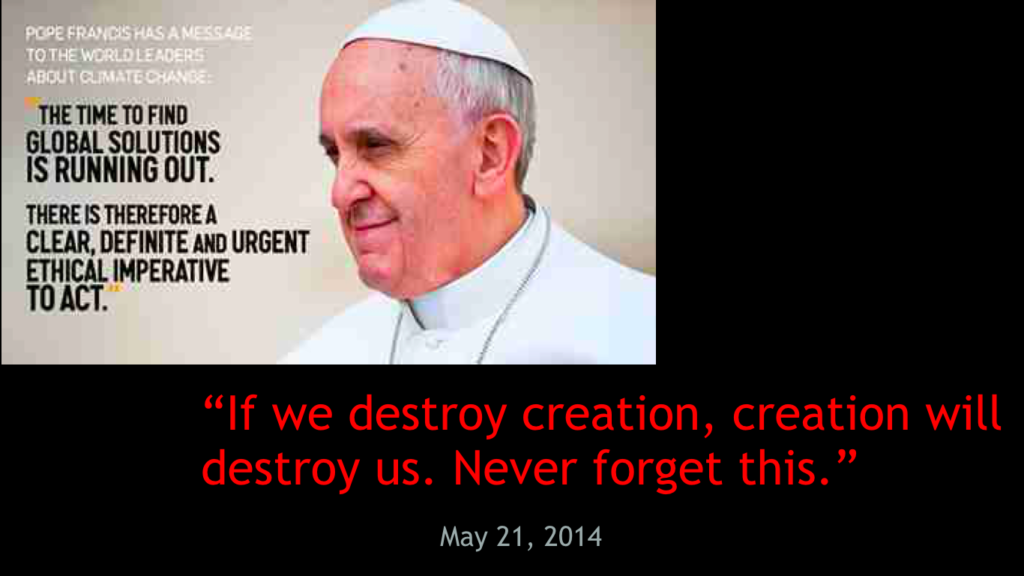 My column is not an outright solution. It could be the start of a solution—or the search for it. This section is one of the avenues of my activism, and I wish to see its latent or potential power transform into the kinetic by its readers. I remember the words (though not verbatim) of my Australian mentor, Adam Majcher, who passed away just last month. In his opening speech in our Climate Reality Project Melbourne training he said: “Never doubt the seeds you might plant with every presentation. You might even be presenting to less than 5 people. But, if one of them goes home and decides to change his/her traditional incandescent lightbulb into LED, then you have already sown a good seed. And that person will go on planting seeds in his/her own way. Before you know it, you planted a whole garden!” Whenever I feel like faith, luck and hope are not on my side, I always remember him and his words. It’s one of those things that keep me going…it’s one of those things that help banish despair. As I share it to you dear readers, I hope I’ve planted some seeds that can make this world become green again. 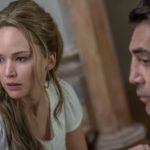 Javier Bardem lets in the darkness in psycho-thriller “mother!” 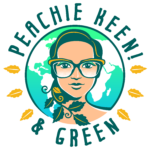