Many ride-sharing companies try to ensure a certain level of respect be reciprocated by both passengers and drivers.

Despite their best efforts in instilling respect within the ride-sharing community, the reality is that these companies can’t control the things that happen during the car ride — which means there are times when a passenger may ride with a rude driver or a driver may service an ungrateful passenger.

Situations like these seem unavoidable. For Uber driver Darwin De Lara, the solution was simple — create a set of rules for your passengers to abide by. On the headrests of De Lara’s vehicle, there hangs two laminated papers containing the rules for his passengers, and it’s funny AF!

De Lara’s set of rules is divided into four categories, namely “Inside the car,” “While on trip,” “Compliments and ratings” and “After the ride.” It consists of the following rules:

De Lara tells InqPOP! that he created the set of rules in his vehicle because of experiences he’s had with some passengers. “Nangyari na po lahat niyan sa akin habang nasa biyahe. Ayan po may naglampungan, may nagsuka na din…” he details. (As an Uber driver, I’ve experienced all of those things during my trips. For instance, there were passengers who were making out, some even vomited during the ride…)

Although his rules elicit snickers from his passengers, De Lara admits many of them respect them. De Lara shares one instance where a passenger who kept nagging him to speed up changed his tone upon reading the rules. “After po nakita niya yung rules, tinanong ko po siya ‘Ano oras po kailangan niyo makarating doon?’ at sagot niya po, ‘Ay wag na, okay na po kuya,’” he explains.  (I noticed a change in my passenger’s demeanor when I asked him, ‘What time do you need to be at your destination?’ and he replied ‘It’s okay, don’t worry about it,’ and this change in attitude was probably because he saw my rules.)

Whatever your opinion may be about De Lara’s set of rules, one thing’s for sure, respect begets respect. So remember that the next time you book any one of these ride-sharing services! 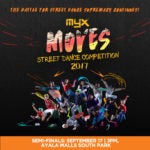 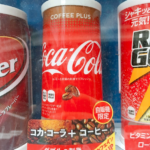