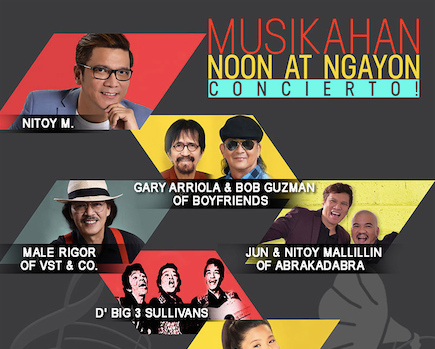 A one night collaboration of the best OPM talents, Musikahan Noon at Ngayon Concierto 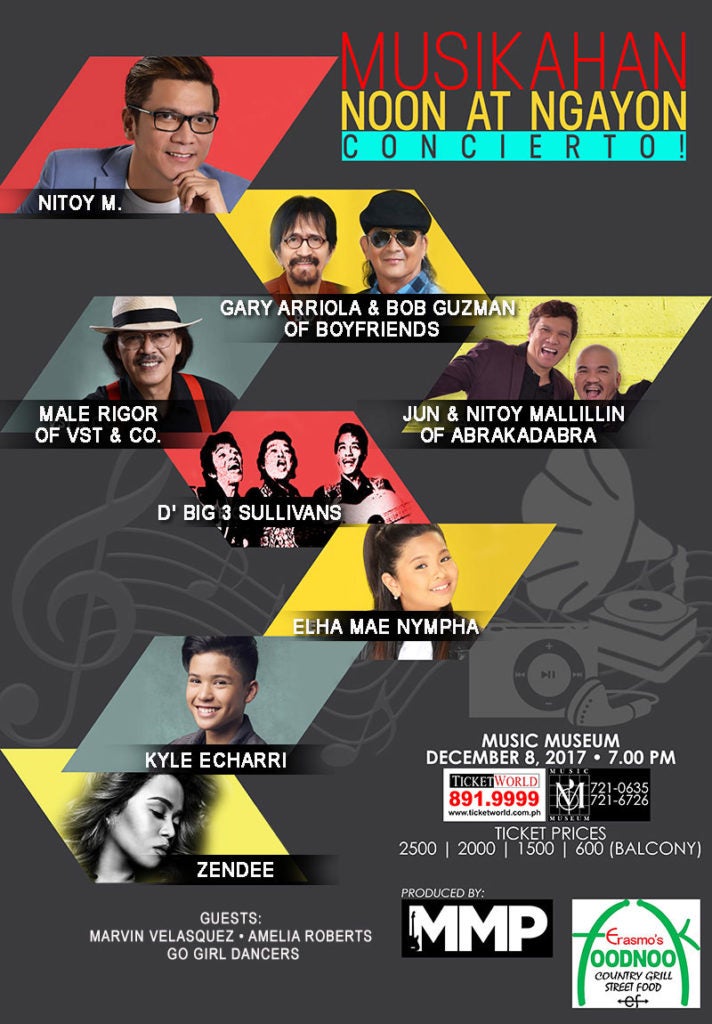 Get ready to indulge yourself in one legendary night of nostalgic music from the biggest veterans and rising names in the OPM industry!

Mallillin Music Production (Erasmo and Nitoy Mallillin) brings you Musikahan Noon at Ngayon Concierto, a musical event gathering the brightest names that gave a whole spin to Original Pilipino Music (OPM) today and way back to be held at the Music Museum on December 8, 2017.

Boyfriends, VST & Co., ABRAKADABRA, and Big 3 Sullivans thrived in the music scene from 1960s to the 80s, sporting the Manila Sound genre, the predecessor of the all popular OPM.

The Boyfriends, on the other hand, swooned the hearts of many through their pop and disco harmonies. Dubbed as “The Bee Gees of the Philippines”, their music has been looked upon for giving light despite the then Martial Law, and has influenced the modern genres in the country now known to us as OPM. Their hits include the popular “Sumayaw, Sumunod”, “Dahil Mahal Kita”, and “Bakit Labis Kitang Mahal”.

Joining the roster of iconic disco bands is ABRAKADABRA comprised of the Mallillin brothers Jun and Nitoy. ABRAKADABRA fronted the Rock Expo Battle of the Bands, and topped charts with their singles like “Bote Diyaryo”.

Lastly, Big 3 Sullivans that rose to fame in the 60s and 70s with their hit songs “May Pulis sa Ilalim ng Tulay” at “Kahulugan ng Nunal” will join the stage as well for one night of spectacular musical throwback.

Bringing life to contemporary OPM and today’s popular hits include Elha Mae Nympha, winner of the second season of The Voice Kids in 2015; Filipino-American singer Kyle Echarri who was also a finalist in the season two of The Voice Kids; Global and internet sensation Zendee who rose to prominence because of her viral video singing “I Will Always Love You” that lead her to appear on The Ellen DeGeneres Show; as well as the Go Girl Dancers. Front acts are Martin Velasques and Amelia Robert.

Event producer Erasmo and Nitoy Mallillin shared that the concert will be a breakthrough in the music scene as it combines talents in one show to give the audience the best entertainment value for their money.

“This show encompasses around five to six generations so you can imagine how superbly entertaining all the legends of OPM onstage with the upcoming stars of this generation will be, in terms of their skill, style and impact,” he further shared.

Don’t miss this once in a lifetime extravagant event of the best OPM artists in the country! 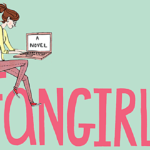 All about new adult fiction 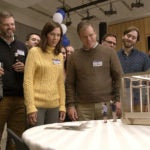