If you’ve seen and loved the cult-comedy film The Devil Wears Prada, you probably imagined what it would be like if you had Miranda Priestly as a boss. Or you can perhaps relate to Andy Sachs who basically had a lot of “stuff” to learn on her first job.

But Facebook user Macoy Averilla decided to reimagine what it would be like if The Devil Wears Prada was set here in the Philippines and Miranda ditched her Prada for a more local brand.

Andy Sachs’s transformation also included some of the famous local brands we know by heart instead of luxurious foreign designer brands.

The best part is that Miranda Priestly, the terror boss of an elite magazine who could ruin an entire fashion line by pursing her lips, patronizes pieces from Divisoria, Baclaran, and Greenhills!

And instead of ordering her usual steak, she prefers this local dish with the controversial unli rice that almost got “cancelledt”!

Like every other Filipino, she also shares the same sentiment we feel for EDSA because we all know forever does exist in the never ending everyday traffic.

Averilla told InqPOP! that he never thought his posts would go viral online. “Actually I am so happy because there are a lot of people sharing and tagging their friends with my post.”

Like Andy, Averilla said he was also an Editorial Assistant for a publication before so he can definitely relate to her character and saw himself on her. He decided to make a Tagalog version of the film because he noticed how Pinoys enjoy tagalized version of Hollywood films and inject Pinoy humor in it.

Averilla shared that he’s planning to do up to Part 7 of his The Devil Wears Prada Tagalog version posts then he’ll be working on a different movie after that. We’re definitely looking forward to how he’ll recreate the story on these iconic scenes of the film:

Check out the Part 1, Part 2, and Part 3 of his The Devil Wears Prada Tagalog version posts. 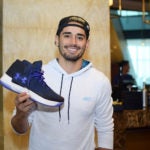 Under Armour successfully launches Curry 3ZER0 in the Philippines 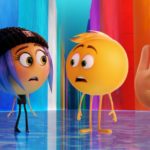 Be part of an adventure beyond words in “The Emoji Movie”