Pet abandonment is an intolerable act of negligence that, sadly, still happens almost everyday to animals who deserve only love and care from humans. There shouldn’t be an excuse for leaving pets behind. But one owner had to sacrifice being with her beloved puppy and part with him due to a heartbreaking reason.

A Chihuahua named “Chewy” was found alone in an airport restroom in Las Vegas with a note from his owner explaining why she had to leave the pup. Apparently, the two left together to save themselves from mistreatment, but the owner had no choice but leave Chewy behind.

According to the note, Chewy’s owner was in an abusive relationship and couldn’t afford to get her little one with her on the flight. “She didn’t want to leave me with all her heart but she has NO other option.”

The note also explained that Chewy got injured when the owner’s ex-boyfriend kicked the dog and that he probably needs a vet. It ended with the owner wishing that whoever finds her beloved Chewy will take care of him: “I love Chewy sooo much — please love and take care of him.”

Imagine how heartbreaking it must be for Chewy’s human to leave him behind in that restroom alone and proceeded with her flight without him.

Chewy was then transferred to Connor and Millie’s Dog Rescue after someone found him. They shared his story on their Facebook page and offers from people who want to adopt him poured out.

Please share in hopes that his mom sees this that she was brave to leave and that he will have a great life.

While some are offering Chewy a loving new home, others are saying that he should be reunited with his owner.

Our hearts ache for Chewy and his human, and we too, hope that they will meet again and be able to live a happy life together. 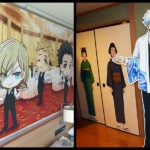 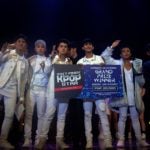