Get ready to be blown away by new music from Bebe Rexha, Robin Schulz, Muse & Linkin Park

It’s all happening this FRIYAY…. Get ready to dance and rock your weekend away! 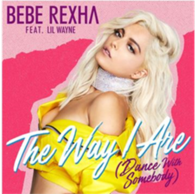 Bebe Rexha
The Way I Are (Dance With Somebody) ft. Lil Wayne

Bebe is on the road to become a mega star. She is undoubtebly one of the best pop song writer out there with countless hits under her belt including ‘Monster’, ‘Me, Myself And I’ and many more. Her debut EP ‘All Your Fault Part 1’ truly showcases her impeccable songwriting and vocal skills with hits like ‘I Got You’ & ‘Bad Bitch’. This Friday she’s unveiling a brand new single ‘The Way I Are (Dance With Somebody)’ featuring Lil Wayne! If ‘All Your Fault Part 1’ is the bad bitch Bebe, then ‘The Way I Are (Dance With Somebody)’ is her sweet and bubbly alter-ego. This upbeat, catchy, radio-friendly track will make you wanna dance with somebody, and show the world what a versatile singer and songwriter Bebe is!

LISTEN HERE: The Way I Are 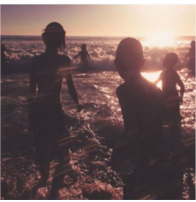 After three months of wait, the highly-anticipated new album ‘One More Light’ from the ever-evolving band Linkin Park is out this Friday! The album sees the band evolving, taking new musical directions and experimenting with musical elements and genres. ‘One More Light’ is star-studded album which features a wide range of artists, from new wave minimal eletronic artist Kiiara, 90s hip hop icon Pusha T, to the UK Grime star Stormzy. This album speaks to the core fans who adores the band’s nu-metal roots and the new generation who will fall in love with the genre-bending tracks in the album. 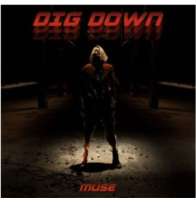 One of the best rock band of our time is back! Muse marks their return this Friday with brand new looks and a long-awaited new single ‘Dig Down’, two years after previous album ‘Drones’ was released.

‘Dig Down’ captures the essense of Muse – Matt’s impeccable vocal combined with waves of brilliant guitar and bass lines. This is undoubtly another stadium song that will be crowd’s favorite. ‘Dig Down’ speaks directly to their core fans, and will wow any non-believers. 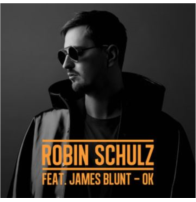 Teaming up with singer-songwriter/ Twitter legend James Blunt, Robin Schulz is proud to present the brand new collaboration track ‘OK’! The song features Robin Schulz signature house beats mixed with Euro pop/dance elements and James Blunt’s one-of-a-kind vocal. This is an addictive and streaming-friendly song that has massive potential to become a global hit! This Friday will also see the release of the official music video of ‘OK’!

MTV Asia to air The Ride: Bebe Rexha on MTV on 22 May