Wu Yifan, more popularly known as Chinese Canadian celebrity Kris Wu, has been sentenced to a 13-year jail time by the Beijing Chaoyang Court on Friday, November 25, 2022. His charges were as follows: 11 years and 6 months for rape and 1 year and 10 months for group licentiousness.

The Beijing court had also ordered for Wu’s deportation after serving his sentence, according to Chinese media sources.

Kris Wu’s case and downfall began in July 2021, when 18-year-old Du Meizhu accused Wu of date-rape and later on, of doing the same to other young women including minors. The musician and actor firmly denied these ‘allegations’, however, he was later on arrested on July 31, 2021.

The hearing for Kris Wu’s case was held behind closed doors, with the media not being given close access. This was to keep fans and the press in control, especially with the person in trial being one of China’s biggest celebrities and to protect the identities of the victims involved. Officials from the Canadian embassy in China were present during the trial

A statement by the court detailed the evidence leading to Wu’s guilty charges: Wu had forced three women to have sex with him in 2020 while they were intoxicated, in 2018, Wu had organized lewd activities with two women, again with alcohol in the picture.

Stan Twitter has been closely following Kris Wu’s case since the beginning. Some have rejoiced in the fact that a rapist got the jail time they deserved, while at the same time, wishing for the victims to be okay.

where are the ot12 truthers saying he’s innocent. i want to slap this in your faces https://t.co/ET5m8gUzg0

He won’t be out until he’s 45 and then he gets deported. What an absolute clown. I hope the victims can pick up the pieces and live well knowing his life is over. Like he has absolutely nothing going for him. https://t.co/Lp08TXo0hq

kris wu the guy who made me a kpop stan and even cried for when he left is now sentenced to 13 years of prison as he should! seriously making me feel disgusted af right now smh i feel so sorry for his victims. justice will be served 🙏

Disgusting to know majority of kris wu fans are female, if only you have some conscience and humanity but still choose to protect a rapist, drug addict and now a tax evader

I'm sorry, Kris Wu'ssentence isn't just a C-ent scandal. It's also a social issue with real victims who had their lives turned upside down, so jokes shouldn't be made either https://t.co/URyfIWFQNx

Whatever kind of woman DMZ maybe im proud she started this fight against #KrisWu If not for her that as$hole probably still enjoying the limelight and all sorts of crime with more additional victims.

Fans of the former C-Pop artist have been quietly grieving about the events surrounding him, and now that the sentence has been finalized, there’s virtually nothing they could do. Well, aside from trending #JusticeForKrisWu.

I saw how many wrongly convicted individuals were proven innocent after DECADES, and god I hope his departure to Canada will give him the opportunity to file an appeal.

Guys, don't panic, this is the preliminary ruling of the court and Chris's legal team has not said anything yet, so be in control.#KrisWu

That's how media reported & people portayed Kris Wu's case. Kris Wu is innocent but framed as a pedo, predator, rapists, drug abuser & what not based on lies of Du Meizhu whose lies, blackmails, frauds are daily exposed. #JusticeForKrisWu https://t.co/aa6i1gRnro

Anyway, this is a win for all kinds of SA victims everywhere. 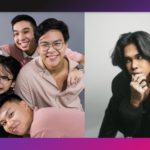