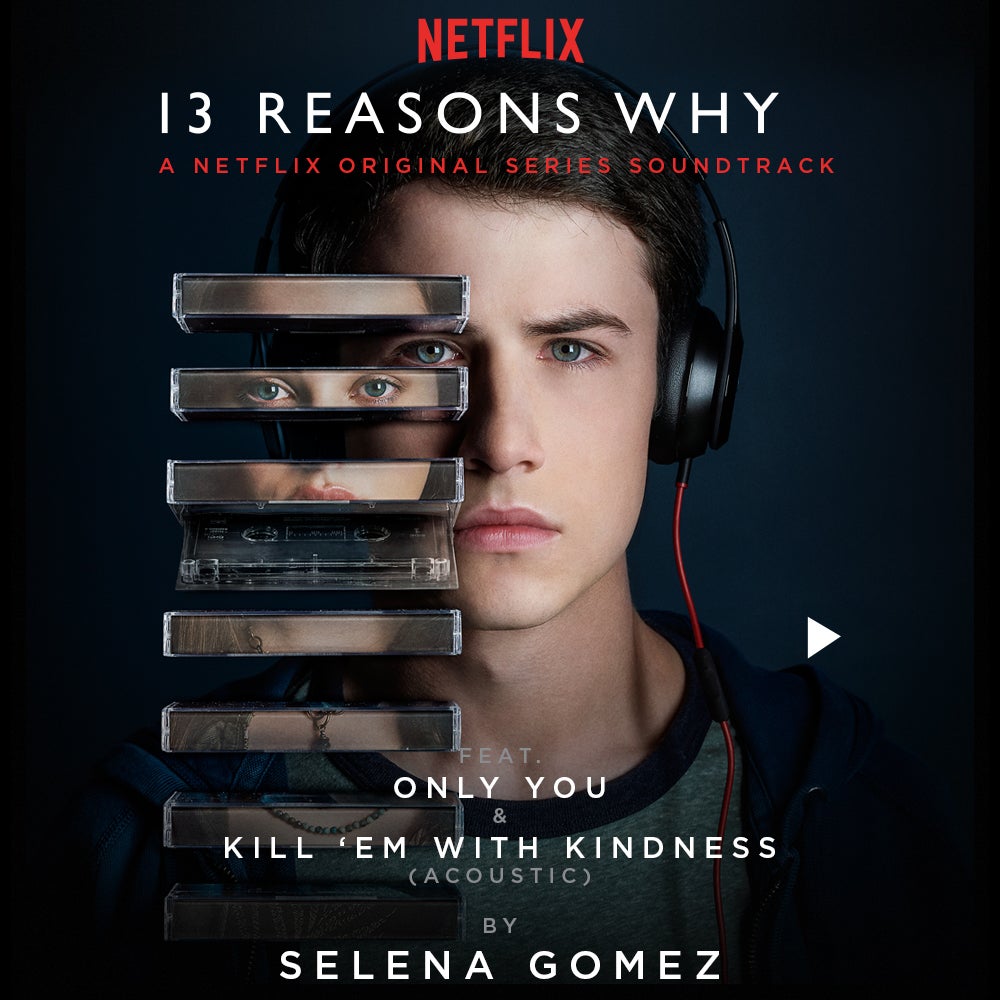 Interscope Records has released both the original soundtrack and the score to the Netflix original series 13 Reasons Why via all digital service providers. The Original Soundtrack and Original Score are exclusively distributed by MCA Music (Universal Music Philippines).

13 Reasons Why (A Netflix Original Series Soundtrack) features a mix of classic ’80s hits from Joy Division, The Cure, The Alarm, and The Call, as well as tracks from up and coming artists The Japanese House, Sir Sly, and Billie Eilish. It includes four previously unreleased tracks: a cover of the Yaz hit “Only You” by Selena Gomez, an acoustic version of her hit “Kill Em With Kindness,”“Bored” by rising artist Eilish, and a cover of Echo and the Bunnymen’s “The Killing Moon” by Roman Remains. Hear a snippet of “Only You” HERE.

13 Reasons Why (A Netflix Original Series Score) features “Only You” by Gomez as well as 16 original tracks composed by Eskmo, AKA Brendan Angelides. The LA-based music producer and composer has released a series of multi-genre records on influential record labels like Ninja Tune, Warp, Milan, and Planet Mu. Touring globally as a live electronic act since the late 2000s, Eskmo stepped into the scoring world as of 2015. In addition to being the lead composer for 13 Reasons Why, he is also scoring the Showtime series Billions.

Based on the best-selling books by Jay Asher, 13 Reasons Why follows teenager Clay Jensen (Dylan Minnette) as he returns home from school to find a mysterious box with his name on it lying on his porch. Inside he discovers cassette tapes recorded by Hannah Baker (Katherine Langford)—his classmate and crush—who tragically died from suicide two weeks earlier. On tape, Hannah explains that there are thirteen reasons why she decided to end her life. Through Hannah and Clay’s dual narratives, 13 Reasons Why weaves an intricate and heart wrenching story of teenage life that will deeply affect viewers.