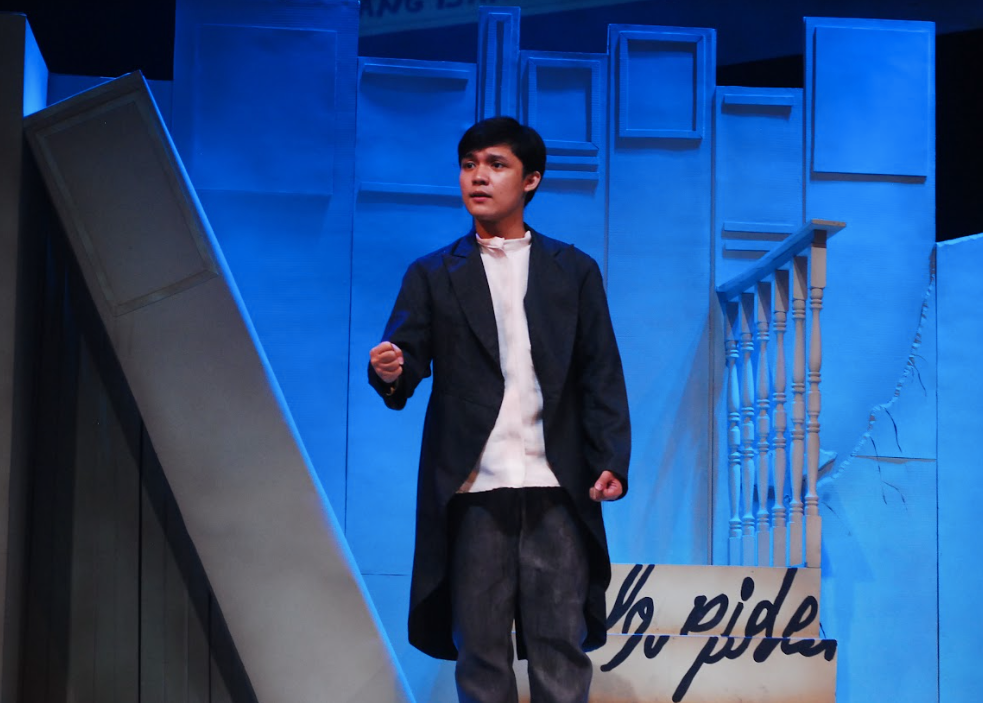 Live theater is finally coming back to life!

After several virtual plays, the Philippine Educational Theater Association (PETA) has announced its comeback on the theater stage this November with the classic and timeless musical play, ‘Batang Rizal.’

Directed, co-written, and choreographed by Dudz Teraña,  the musical play ‘Batang Rizal’ gives a different take in narrating the national hero’s story as it is being told through a child’s perspective. It follows the tale of a young boy named “Pepito” who travels back to the late 19th century and crosses paths with the young Jose Rizal, also known as “Pepe.” As the story progresses, the two traverse time together, meet various people from past and present times, and explore what it takes for one, no matter how old or young they are, to be a hero. 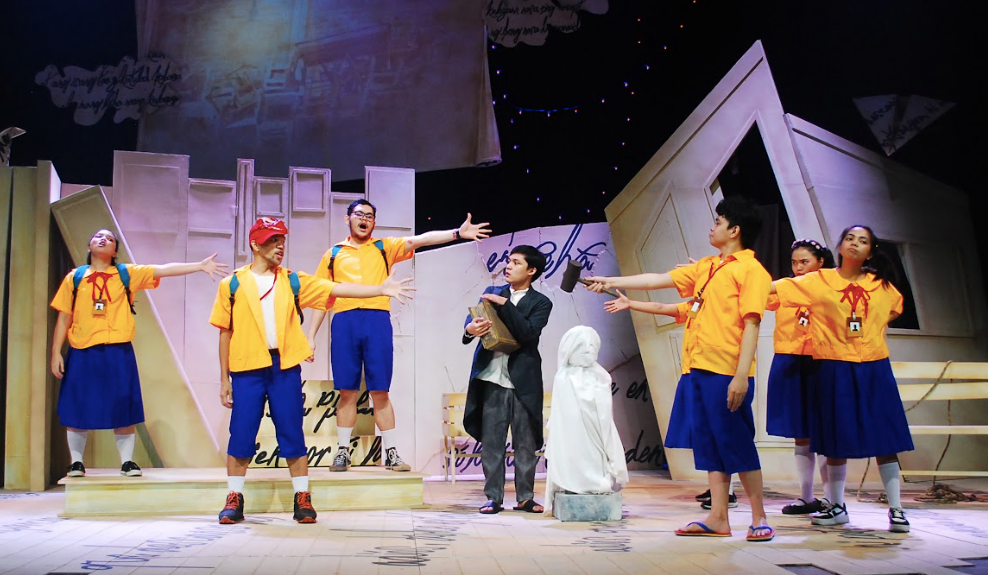 ‘Batang Rizal’ is just the right play to open the PETA theater again after a long period of hiatus. With everything that has happened in our society these past few years, it’s a no-brainer that the story of Rizal and the lessons he wanted to impart to Filipinos have become more relevant than ever. This is what makes the play timeless and different from the rest.

“Batang Rizal is almost 15 years old but the content and what it wanted to say is still very relevant to our times today, maybe because the Philippines still hasn’t changed since Rizal’s time – tragic but true,” Maribel Legarda, the PETA artistic director and director for video for ‘Batang Rizal’ shares. For her, the most powerful aspect of ‘Batang Rizal’ is “telling Rizal’s story “not as an adult but as a child.”

Legarda stressed that she wants the young audience to realize that they also have a role to play in our society. “We want to challenge and help a child imagine the possibility of being a hero even at a young age, of making choices, of being conscious of not only his own reality but the world around him. The play will always be able to speak to any generation of young people and inspire them to want to believe in heroism and to be part of that heroism,” she continues.

Indeed, PETA upholds the most important element of Batang Rizal, which is the moral lesson and its importance in today’s Philippine society. Director Teraña reveals that directing the musical play is quite challenging but it gives him a sense of fulfillment knowing that he has a fair contribution in building a better society for Filipinos, “this is among the many plays in PETA that is very difficult but very fun to direct. First, it’s difficult because it is full of facts. We must be accurate when it comes to the details of Rizal’s life. Second, it is a children-type of play, but actually in my experience, young and old enjoy watching it, especially college students. Thirdly, I consider this play as my simple contribution to our country as we focus on the concept of BUHAY NA BAYANI.” 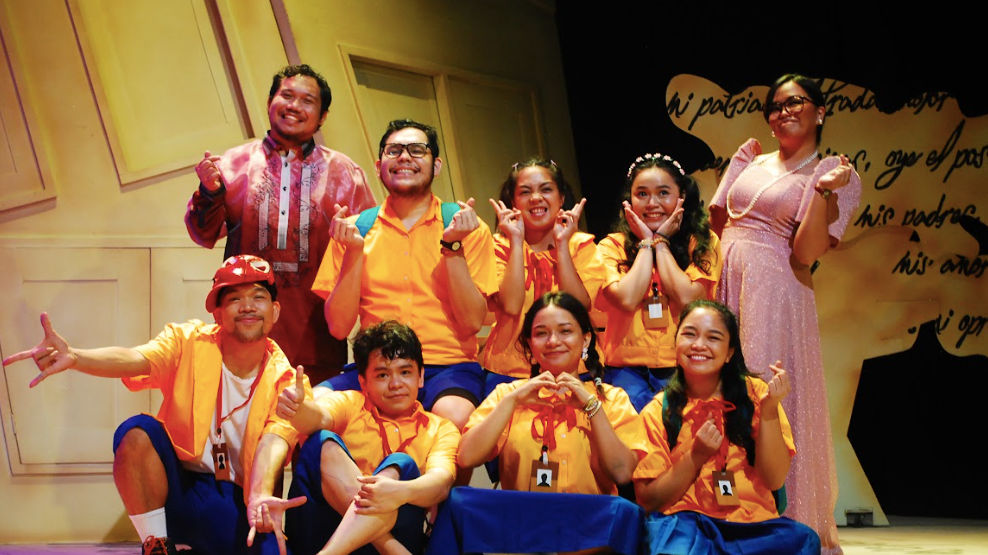 With that, Batang Rizal hopes to not only entertain but also touch the hearts of audiences and make them reflect on the concept of a real “hero,” regardless of their age. For the director, this is the perfect time for Filipinos to entertain these kinds of thoughts, “I was really happy that it will be restaged because it is time for us to reflect on the concept of heroism.” He shared that he added one scene where Pepe and Pepito confront each other about heroism, and even he himself can’t find the right answer to the questions he wrote up until now.

It will surely tickle the minds of people and make them rethink their roles as Filipinos. ”It raises the question how do we become Filipinos – is it only on paper? Or [because of] our true love for our country? That’s the one thing that the whole story of Batang Rizal carries. When you watch this, I think you will be impressed by what we think of as modern heroism. What is a hero and who is a hero? Are the only real heroes the ones who died for the people during the Spanish era and earlier? What is our concept of a hero? I think that’s the most important thing that the audience will see when they watch this play,” the director imparts.

With all the good lessons that Batang Rizal conveys to its audiences, the director hopes that the play will be watched by parents, students, teachers, politicians and every other ordinary Filipino who’s into social media and said that “it’s a good way to give them a new slate on the perception of being a true Filipino.” 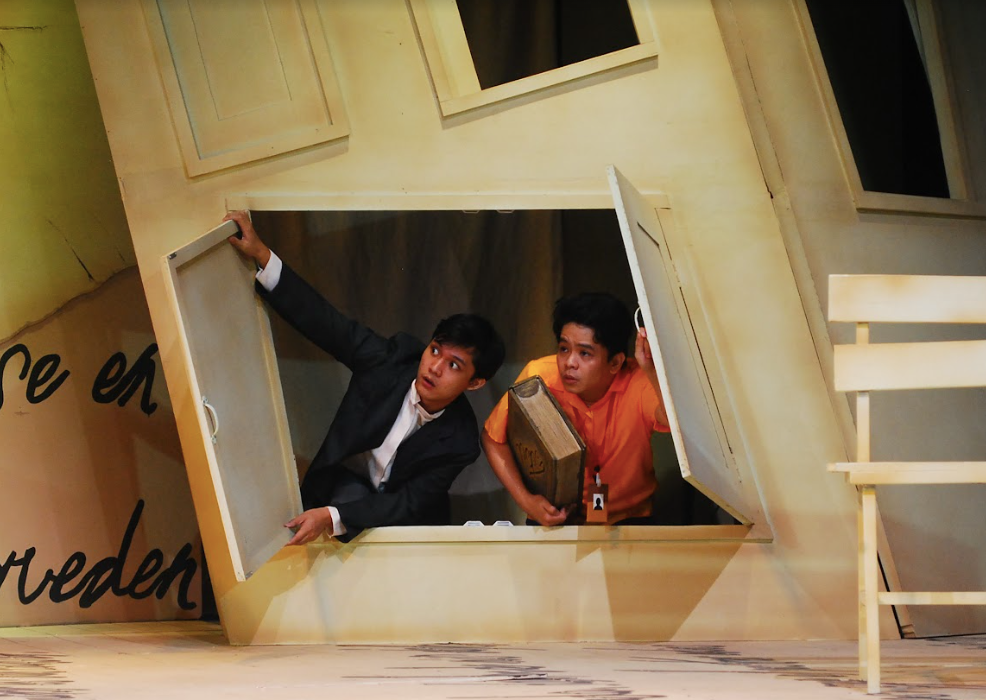 15 years later, Batang Rizal still narrates the same story. However, in order to adapt to the modern era and climate, PETA had to make a few changes. Director Teraña reveals that he tweaked some details and scenes, “A lot has changed. A lot of scenes have become more detailed, deepening the argument about heroism. The pace of the scenes was made faster, and it was more fun. Because when you watch Batang Rizal, it’s not just a children’s play – you’re watching history from a child’s point of view, but it’s fun.” Such changes will also make audiences, especially the young ones,  appreciate our modern heroes during the pandemic.

He also needed to add some details to the story, like the element of social media. “I added social media which is viewed from the point of view of the young generation. How are today’s youth influenced by social media like Tiktok Instagram and Facebook?,” Teraña shares. Aside from this, audiences can also look forward to new animations, costumes, stage designs, and sets. 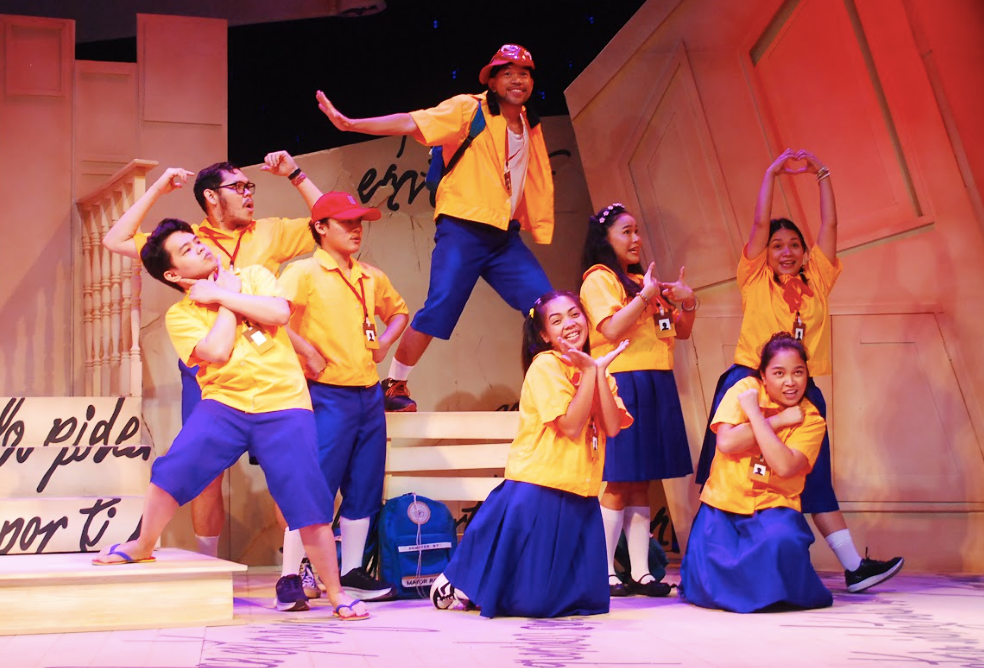 Yhuan Gatbunton, who plays the main character, young Rizal a.k.a “Pepe,” shares that he has immensely prepared for the role. He familiarized himself with the national hero’s history, personality, as well as his reactions.  Although he was a bit pressured as he’s portraying an iconic role, not to mention that it’s his first time acting in an actual theatrical show, he embraced the character wholeheartedly. “Rizal is a very cool character and it is such an honor to play him. We have many similarities with each other, which I find astonishing and I bet it goes the same to any kid,” Gatbunton says.

The power of Batang Rizal lies in its lessons and simple but fun execution. These kinds of masterpieces are what we have missed for quite a long time. So it’s only fair to watch it now that we finally have the chance to do so.

Witness the limited run of “Batang Rizal” musical play at the PETA Theater Center on November 25 and December 2, 2022 (9:00 AM and 3:00 PM). It will also be available for online streaming via KTX.ph from October 14 to 16, 2022. Tickets are now available at https://www.ktx.ph/category/batang-rizal. 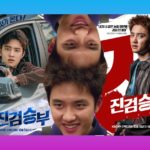 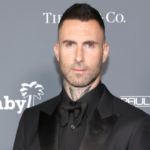