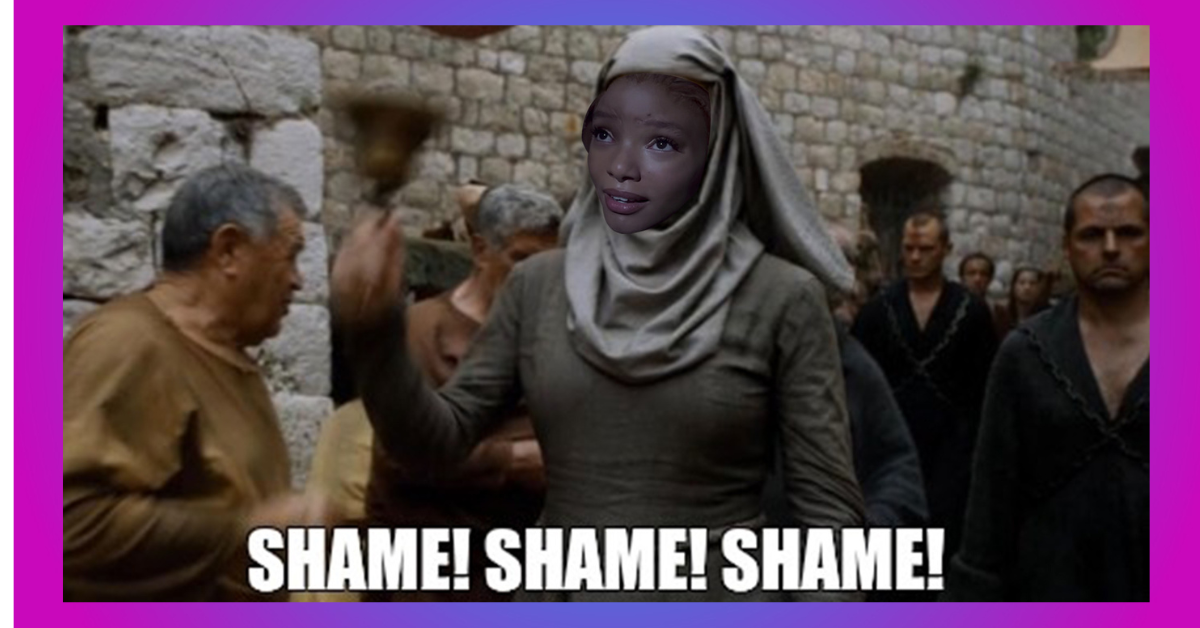 The title says everything already, tbh.

White supremacy never seems to leave our society’s bloodstream, and quite frankly, it’s too glaring to not even point out. This time, it’s because of the Internet’s obvious dislike and aversion to Disney’s live action adaptation of one of their classic Disney movies, “The Little Mermaid”.

This apparent disapproval of the live action adaptation of Disney’s beloved 1989 animated film is once again, due to the casting of American singer Halle Bailey (not Halle BERRY) to play the role of the 16-year-old red-haired and headstrong daughter of King Triton, Ariel. As the readers may already know, Halle Bailey isn’t your quintessential Disney live-action adaptation pick, because unlike Lily James (Cinderella) and Emma Watson (Belle), Halle Bailey is a woman of color.

Something that seems to be a problem with the fans who were initially looking forward to the upcoming 2023 movie.

After the release of the movie’s first-ever trailer which featured a segment of Bailey singing “A Part of Your World” in the underwater cave full of Ariel’s treasures, the Internet lost it and was ultimately divided between the ones that were angry about it,

“ I don’t care that she’s black, I just don’t want her to be black! Leave this characters how they are! ” #Notmyariel #Halle #HalleBailey pic.twitter.com/n0RcKIBkbq

The Little Mermaid” (Danish: Den lille havfrue) is a Danish literary fairy tale written by the Danish author Hans Christian Andersen. Would you remake Black Panther into a white ginger? I think not.

What a pathetic, fragile group of people. These grown-ass men are so racist they are pretending to care about the little mermaid. I know that movie is high on their end of summer wishlist. pic.twitter.com/yDeyZBzBIY

And the ones that we’re absolutely moved by the representation of Halle Bailey’s casting as a live-action Disney Princess.

I am sooooo excited about this you have no idea! Ariel is my favorite character ever and the teaser looks so promising! I just can’t get over her TAIL! ✨ #ariel #tlm #thelittlemermaid #mermaid #hallebailey #hallebaileylittlemermaid #littlemermaid #disney #disneyprincess pic.twitter.com/z4uUKMosfB

Halle’s version of Part of Your World is so unique. We have heard this song a million times but she made it so fresh… like really adding a little anger when she says “when’s it my turn” & she adds her beautiful Melodies all over it.. y’all are NOT ready! #D23Expo #HalleBailey pic.twitter.com/iAO4fOdvYf

People are mad that The Little Mermaid is Black? The lady who is also a fish? Who lives under the sea? Whose best friend is a talking crab?

If you’re mad about The Little Mermaid being black, you’re a racist. Full stop.

As I stroll on TikTok, I keep seeing parents video their children reacting to The Little Mermaid trailer. So instead of focusing so much on the negative, I thought I’d show a thread of the little black kids who are excited to see their favorite princess look like them.

The original The Little Mermaid is a queer man’s self-insertion character, longing to be able to be in a relationship with another man, and at the end the mermaid dies.

You don’t care about the original, mate.

The Little Mermaid isn’t Danish and she doesn’t live in Denmark. She’s a fictional creature who lives in a fictional underwater world. Also the whole story is about Hans’ life as a closeted homosexual, so maybe The Little Mermaid should be a gay man? Maybe you’re just racist. 🥰 https://t.co/H5id0bqxti

The funniest thing about this Little Mermaid conversation is that “scientifically” if mermaids were real they wouldnt look like OG Ariel or Halle. They would be 100x more terrifying.

white people when they realize mermaids aren’t real so any race can play ariel: pic.twitter.com/BHm2tGpOPj

Oh and look, some Filipinos were apparently also “triggered” by the “wrongful” casting of Ariel as a person of color that someone had to really point out that Filipinos are racist to a T too.

And for those thinking that they cast Ariel wrong because she’s supposed to be “European”? Dude. One of the videos or Tweets said it best but she’s quite literally, a fish. Mermaids don’t have races, they’re folkloric beings.

There’s literally nothing to be mad about from Halle Bailey’s casting as Ariel. In fact, the director of the film even said that Halle “possessed all of the intrinsic qualities necessary to play this iconic role”. Halle Bailey was also praised by the “original” Ariel, Jodi Benson, who called her performance “amazing” and even defended her back in 2019 when Bailey was being criticized for being casted as Ariel.

You know, the disapproval over the live-action adaptation would’ve been valid if the argument went as, “The remake looks bad”, because that’s directed to the whole thing and not just to the casting of a Black actress.

But no, almost every argument stating that “Ariel isn’t supposed to be Black” or anything along those lines just says that racism and white supremacy really runs deep in one’s thinking.

And if you think the same way, then just admit you’re a racist and call it a day.

Ariel is a fish and could be played by any race, and if you can’t accept that well, okay then…got it, racist. 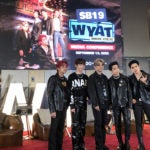 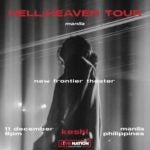