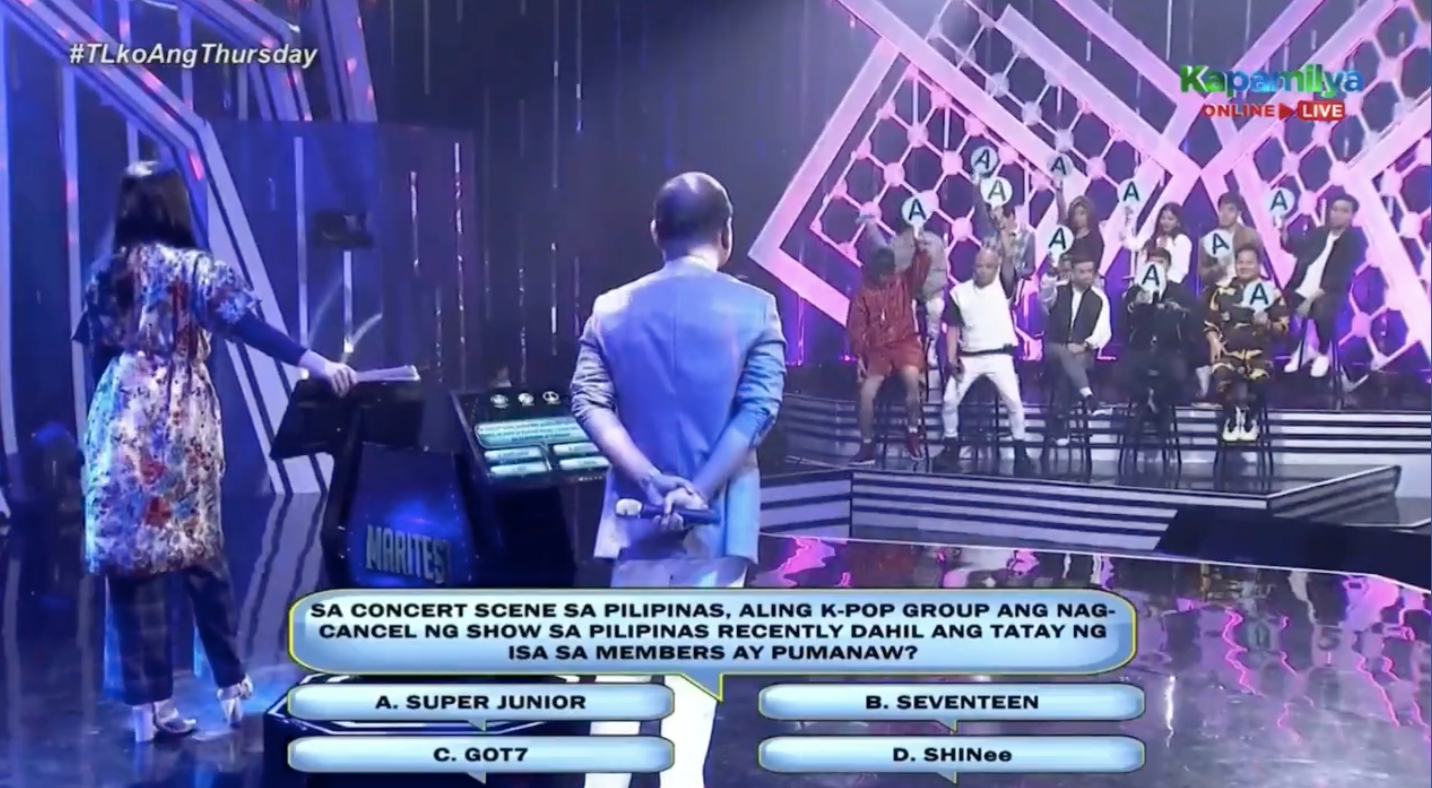 Out of all the things to joke about on a noon time show, it’s a person’s grief? How low can our entertainment industry go, man.

PH ELFs and other K-Pop fandoms are calling out the noon-time variety show “Tropang LOL” and their hosts for making insensitive remarks towards Super Junior’s Eunhyuk and his family’s grief.

It is a known fact that the Super Junior member’s father had recently passed away prior to the group’s scheduled concert in Manila last August 6, 2022. Because of this and to member Siwon testing positive for COVID-19, the group ultimately decided to postpone their concert and met with their fans instead.

And for today’s episode of “Tropang LOL”, the people behind it decided to use it as a part of their segment called “Maritest”. The question reads, “Sa mga K-pop fans, sinong boy group ang nag-cancel ng concert recently dahil pumanaw ang ama ng isa sa members?”.

First of all, the concert wasn’t cancelled. Every PH ELF that was in the MOA Arena that day knows that the concert is only postponed. The members of Super Junior themselves said that they will make sure to come back in the future as a complete group, and assured fans that their “Super Show 9: Road in Manila” concert is postponed.

See, postponed does not mean cancelled. According to the dictionary, the word “postpone” means “to out off to a later time”, and the word “cancel” means “to decide not to conduct or perform something planned usually without the expectation of conducting or performing it at a later time”.

See the difference? The noon-time show hosts and writers probably didn’t know that.

What makes it more triggering and insensitive is the fact that the hosts themselves were cracking jokes about the whole situation of Super Junior and ELFs. Some of the lines the hosts said were, “akala ko sayang naman, sana binuhay nila ulit,” and “mahilig pa naman si Pooh [the player] sa mga Super Junior”.

How can these people, let alone famous personalities, joke about such a sensitive topic like a death of a family member? We do get that we use dark humor as a coping mechanism sometimes, but this is different.

PH ELFs are rightfully mad at the hosts and the producers of “Tropang LOL”, calling out the show and are clamoring for its cancellation.

Scary and disgusting how ppl like you @tropang_LOL can easily throw away humanity for a mere 25k on a TV show that’s not even known until this happened. How low can ppl get for clout?#CancelTropangLOL pic.twitter.com/tX1vkyg9ar

Apologize to SuJu and elfs. #CancelTropangLOL

just put it this way: you lost someone you love and you’re grieving, will you be happy if your grief will be made into a question on a fucking noontime show? and people there got some fucking nerve to make it some kind of a joke? y’all are sick in the head. #CancelTropangLOL

He’s basically implying that Pooh (the player) likes YOUNGER MALES. Wacky, why use the Super Junior brand for such a thoughtless, mannerless statement? @tropang_LOL pic.twitter.com/cmNhNF7pRS

Seeing this hashtag just trend in the PH and seeing the people behind tweeting about it, thank you to our fellow fangirls from other fandoms who stood with us this time… only those who can relate knows how it truly feels!! Apologize to Super Junior!

You don’t have to be a fan to be considerate and sensitive… It is never okay to make fun of other people’s grief. Y’all should know better… #CancelTropangLOL

comedians in the philippines should at least take note of sensitivity when making jokes. try find new humor without making fun of people and their pain kasi you become jerks at the end of the day instead of entertainers #CancelTropangLOL @tropang_LOL

The situation was so bad that even Happee Sy-Go, the COO of PULP Live World and the one handling Super Junior’s concert, aired out her disappointment towards the show.

What happened last August 6 between ELFs and SJ can never be understood by common folks. Only those who had followed them all these years can.. for me, I started last 2009. That’s 13 years of friendship and familiarity.. they have become family.. it was a painful time for all…

not just for the direct family, but for me & everyone who had been with them for yrs. When they hurt, we hurt. That’s how it is. We turn to them during our lowest moments, & they’ve learned to trust us with their vulnerabilities during theirs. It was a bittersweet day last Aug 6

Some may not understand it, i get it, we’re used to being the ‘weird’ ones.. but even if you don’t understand it, there should still be a line of decency upheld. Not everything is a joke, let’s not normalize stupidity & tactlessness. Nowadays kasi parang lahat nalang ginagawang

joke or ‘for content purposes’. Para lang maging trending, wa nang pakialam sa mararamdaman ng iba. Huwag naman sana ganun. It’s not that we love picking fights, or some might say we are feisty or scary.. no, we are not. We just know when to defend the people we care about and…

when to stand up to what we believe in. Instead of normalizing the ugly sides of human nature, why not emphasize on ‘accountability’ ‘principle’ ‘honor’ ‘respect’ yan ang mga bagay na parang nawawala na ngayon, lalo na pag gusto mag trending or mapansin. PS. Postponed Lang Po.🙇‍♀️

Like seriously, the people involved in this issue are just plain stupid or maybe just too insensitive. You don’t make fun of someone’s loss for clout, you shouldn’t even be doing that in the first place. Making jokes out of someone’s grief and using it to boost your influence isn’t the way to go.

And, those personalities may just be the reason why the show isn’t really getting the “good” publicity that they’re aiming for. How can they get “good” publicity, when they can’t even show proper behavior and class on national TV? 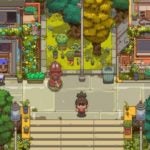 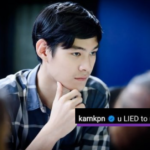