In a tweet posted on the same day, Lofi Girl stated that “the lofi radios have been taken down because of false copyright strikes.” The channel also mentioned in the tweet the official accounts of YouTube Creators and YouTube hoping that they would resolve the issue as soon as possible.

The lofi radios have been taken down because of false copyright strikes, hopefully @YouTubeCreators @YouTube will sort this quickly… pic.twitter.com/X01hL6jT2N

Also included in the tweet was the screenshot of the copyright strike Lofi Girl received from YouTube. Along with the takedown notice, it contained a warning stating that acquiring more of the same strike would lead to account disablement.

The day after, YouTube replied to the tweet, stating that they had already confirmed the request to be “abusive.” “We’ve resolved the strikes + reinstated your vids – it can sometimes take 24-48 hours for everything to be back to normal!” they added, then proceeded to express their apologies.

confirmed the takedown requests were abusive & terminated the claimants account 😔 we've resolved the strikes + reinstated your vids – it can sometimes take 24-48 hours for everything to be back to normal! so sorry this happened & thx for your patience as we sorted it out ❤️‍🩹

This case was not Lofi Girl’s first experience of being taken down. Last 2020, the channel faced a similar issue due to “non-compliance on YouTube’s Terms of Service” but was immediately recovered after an appeal stating that it was only a “mistake,” POP! reported.

Further back in 2017, Studio Ghibli also filed a copyright claim directed at Lofi Girl for its use of a looping GIF containing a character from the company’s anime film Whisper of the Heart named Shizuku Tsukishima. It was resolved after the channel changed the image into the now-used illustration of a girl wearing headphones while studying.

As of writing, Lofi Girl’s “lofi hip hop radio / beats to relax/study to” is officially back online. 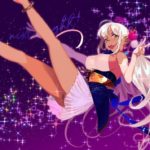 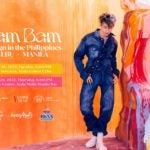