The BSP announced last year that they were changing banknotes production from paper made of native abaca to polymer, and released the new 1000 bill earlier this year.

The new face of the 1000 peso bill features the country’s national bird and national flower – the Philippine Eagle and the Sampaguita flower. The new banknote design is made with polymer, which supposedly makes it more durable and easier to sanitize, a feature that proves to be relevant especially in the new normal when everyone is encouraged to sanitize their belongings regularly.

However, based on the guidelines released by the BSP, it seems like the new polymer banknote might not be as durable as advertised. In an interview with One News, BSP Governor Felipe Medalla advised the public that the banknote should not be folded, and advised the public to switch to longer wallets instead. This guideline may pose a problem for some people since many opt to use folding wallets to make it more convenient to carry their cash in their pockets.

“One thing to adjust is to have wallets or purses that prevent it from being totally folded,” Medalla said. “Dapat ang wallet singhaba ng pera para hindi ifold.” (“[The wallet] should be as long as the banknote so that it won’t have to be folded.”)

His statement did not sit well with the public, and several expressed their dissatisfaction on Twitter, claiming that what he stated was sexist and that changing banknotes is unnecessary.

The new 1000 polymer bill went into circulation in the last week of April of this year. /TV 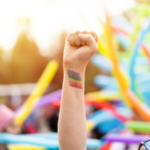 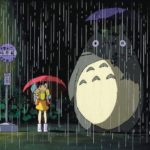