A CBDC is something like a cryptocurrency like Bitcoin and Etherium in the sense that they are all digital tokens. The difference here is that crypto is issued in a decentralized system (like a blockchain) while a CBDC is actually regulated by a central bank. Additionally, BSP Governor Benjamin Diokno said that CBDCs “do not alter the mandates of central banks” and that they can provide a safe and easy payment system.

The BSP will do this pilot project in order to build up a hands-on understanding of CBDCs. It is planned to be used in large values and on a 24/7 basis for payment transactions of both banks and non-banks.

According to INQUIRER.net, the CBDCPH project will include operations like policy and regulatory considerations; technological infrastructure; governance and organizational requirements; legal matters; payment and settlement models; reconciliation procedures; and risk management.

According to Diokno, The BSP will only focus on wholesale CBDC instead of retail CBDC. They believe that wholesale CBDC would significantly contribute to foreign currency transfers, banking, etc. Diokno also says that a wholesale CBDC is valuable because it addresses “pain points in the national payment system.”

If there were any possibility for retail CBDCs in the future, laws, and legislation would still need to be made for it. On the other hand, wholesale CBDCs already seem readily feasible. 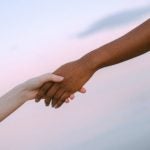 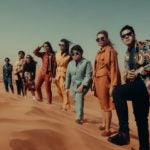