On March 10, Elon Musk tweeted a photo that appears to be his evidence for a big conspiracy theory regarding the pseudonym of Bitcoin’s inventor, Satoshi Nakamoto.

The image suggests that all the syllables of Satoshi’s name are taken from four powerhouse electronics companies: “Sa” from Samsung, “Toshi” from Toshiba, “Naka” from Nakamichi, and “Moto” from Motorola. Musk seems to be implying that the Nakamoto name is heavy evidence of the following conspiracy: Samsung, Toshiba, Nakamichi, and Motorola are all the founders of Bitcoin.

The name Satoshi Nakamoto is only a pseudonym for a still unidentified person. No one truly knows who Nakamoto is, and despite his 2007 claims of being a 37-year old Japanese man, no one actually believes that he is Japanese because of his native-like use of English. Thus, people have pointed to several notable non-Japanese names and tried to find the link between them and the unknown founder of Bitcoin.

Some believe that Elon Musk is Satoshi Nakamoto, as clearly seen in the replies to his own tweet.

Yes Elon, we know you are Satoshi.

You shared that idea while at PayPal, but it was disregarded by mgmt. So, you open sourced it anonymously.

Although Musk is a significant supporter of cryptocurrency and has used his influence to make it more relevant than ever, he has denied multiple times that he is Satoshi.

Then there’s the case of Dorian Prentice Satoshi Nakamoto, a Japanese man from California whose birth name is Satoshi Nakamoto. In 2014, journalist Leah McGrath Goodman wrote a Newsweek article and seemed quite confident in thinking that she had identified the real inventor of Bitcoin. Dorian Nakamoto was just a 64-year-old man living in a small family home. He had a background as a physicist, was involved in classified work for the government as a systems engineer, and was also a computer engineer for other companies. What convinced most people was that when Goodman had asked Dorian about Bitcoin, he responded in saying, “I am no longer involved in that and I cannot discuss it. It’s been turned over to other people. They are in charge of it now. I no longer have any connection.”

Later on, Dorian Nakamoto denied this claim. He had apparently never heard of the currency before. When referring to Goodman’s question about Bitcoin, he says that he misunderstood it and thought she was asking about previous work from military contractors – very classified information.

Back to the topic of Elon Musk: he points to one person whom he believes might also be the inventor of Bitcoin. In the Lex Fridman Podcast, Musk said this about a computer scientist named Nick Szabo: “Obviously, I don’t know who created Bitcoin for practical purposes, but the evolution of ideas is pretty clear before that. It seems as though Nick Szabo is probably, more than anybody else, responsible for the evolution of those ideas.”

Nick Szabo is a computer scientist who created BitGold in 1998, one of the earliest attempts to develop a working cryptocurrency. He never completed the project, but many assume that BitGold is the precursor to Bitcoin. Then there’s another piece of evidence from linguistic researchers at The Aston University Centre for Forensic Linguistics. They conducted a study that concluded that Nick Szabo was Nakamoto based on linguistic similarities. Additionally, Bitcoin’s white paper was drafted using a software called Latex, which Szabo uses for his writings as well.

Szabo understandably denies all the claims, though. In a 2014 email, he wrote, “I’m afraid you got it wrong doxing me as Satoshi, but I’m used to it.”

Many people claim to be the founder of Bitcoin, and many more are assumed to be the founder as well. Whoever Satoshi may be, they have certainly made something that has changed the course of the world for years to come. I mean, it’s evidenced by Satoshi’s estimated $46 billion dollar net worth. 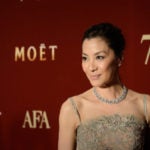 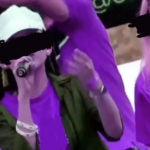