Tatsuya Endo’s manga series Spy x Family is all set for its anime debut this spring in Japan. In anticipation of its debut, Spy x Family drops brand new posters featuring the family of three with their serious “undercover mission.” The series will be produced by major studios such as WIT Studio and CloverWorks in bringing these characters to life.

Spy x Family will be directed by Kazuhiro Furuhasi and is scheduled to release on April 9 in Japan where it can be streamed on Crunchyroll. The voice actors for the series include Takuya Eguchi as Loid Forger, Saori Hayami as Yor Forger, Atsumi Tanezaki as Anya Forger.

Others in the cast include Hiroyuki Yoshina as Franky Franklin, Yuko Kaida as Sylvia Sherwood, and Kazuhiro Yamaji as Henry Henderson. The anime’s opening theme “Mixed Nuts” is performed by Japanese pop band Official HiGE DANdism, and the ending theme “Kigeki” is by Gen Hoshino.

The original manga series created by Tatsuya Endo received a major hit in its run in Jump+ a couple years ago. With the announcement of the series’ anime debut, it is one of the anticipated releases of the year overall.

Spy x Family tells the story of a spy named Loid Forger, who needs to “build a family” to accomplish a mission called “Operation Strix”. In this mission where Loid has to have a family in order to infiltrate social gatherings organized by elites, he finds himself adopting a little girl and meeting a woman who agrees to be in a fake marriage with him, unaware that he has built a family with a little girl with the power to read minds and a wife who is secretly an assassin. 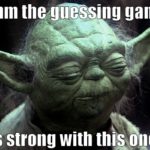 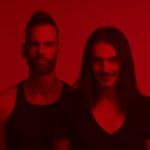