Asian communities in cities abroad are often associated with their culture in specific neighborhoods like Little India, Little Tokyo, Chinatown, Koreatown, and so on. Now, the Filipino culture can be recognized with the Historic Filipinotown which is set to be installed as a new monument in the city of Los Angeles.

Along with the celebration of United States’ Asian American and Pacific Islander Heritage month this May, the Los Angeles Department of Public Works and Councilmember Mitch O’Farell announced its long-proposed monument sign for the Historic Filipinotown (HiFi) to be installed at Eastern gateway.

This monument is a commemoration and an emblem of gratitude to the community of Filipino-Americans in the neighborhood. “This project has been a labor of love by so many people in Historic Filipinotown. This beautiful, historic landmark will be a source of pride for the Filipino community, and will rightfully celebrate this vibrant neighborhood and the incredible contributions Filipino Americans to the city of Los Angeles,” O’Farell said.

The gateway is named “Talang Gabay – Our guiding Star” and is designed by Filipino-American artists Eliseo Art Silva and Celestino Geronimo, Jr. It spans about 82 feet across Beverly Boulevard and stands 30 feet in height. The $587,000 structure is designed with cultural symbols that display elements like the Parol, the Gumamela flower, and the Sarimanok, which are part of Filipino culture.

Silva also created the Philippine mural “Gintong Kasaysayan, Gintong Pamana” at Unidad Park, located near the Eastern Gateway’s location. The monument also became a tribute to heroic Filipino frontliners who fought and are still fighting the pandemic. “It’s a fitting tribute to the many courageous men and women on the frontlines, brave warriors such as our numerous Filipino health care workers,” Silva said in June 2020, when the gateway was announced.

The monument’s design was released in June 2020, and the construction began off site in March 2021. Historic Filipinotown was originally referred to as Little Manila where it was an underrated enclave in L.A. as it has been a place where the Filipino-American community flourished. It was only in 2002 that the place was recognized by the city and designated as a historic-cultural neighborhood. 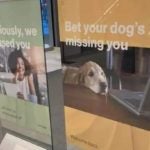 Is this really how you greet employees as they go back to F2F work? 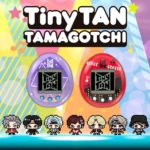 WATCH: Take personal care of your BTS bias via the TinyTAN Tamagotchi line