This is what happens when people on the internet get bored.

You may have seen photos of celebrities, politicians, or even your friends looking like Sailor Moon rejects lately, a trend that’s been widely popular in China since 2008 but has now taken over the world.

Blame Meitu, a photo-editing app that allows users to “beautify” their photos through makeover features with names like Beauty Retouch, Blemish Remover, Slimming, Eye enhancer, and countless other filters, stickers, and editing features.

Meitu users recently spiked in numbers when fans of the Korean drama “Goblin” went crazy for the app with it’s Goblin sword sticker.

But what attracts people to Meitu is the “Hand-drawn” feature that transforms you into a kawaii-looking anime character. It comes with different filters such as Angelic, Blossoms, Fairy Tale, Mermaid, and Petals.

People have tried it out with celebrities and the results are really… kawaii!

Leonardo Dicaprio is too cute for words here:

Here’s something every One Direction fan will surely like.

The cuteness game is on with Sherlock here:

The cute is strong with this one, Star Wars fans!

But seriously, I don’t know what to feel about Sir Isaac Newton’s transformation here:

The Shanghaiist’s Facebook page decided to create an album of Meitu makeovers of politicians including presidents of several countries.

Former POTUS Barack Obama is such a cutie pie here:

Who would’ve thought Russia’s President Vladimir Putin could look like a softie?

We can probably all agree, Donald Trump looks better here — how we wish we can make his decisions and his attitude “cute” too.

Can we also have an app for that?

We’ve proven that through this app, it’s possible to make Justin Trudeau cuter than he already is!

The Dalai Lama is serving us some real cuteness here:

And finally, our very own President Rodrigo Duterte is killing it here: 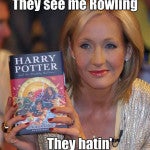 J.K. Rowling fights back at Twitter trolls with witty zingers 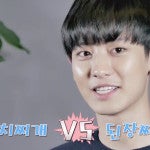