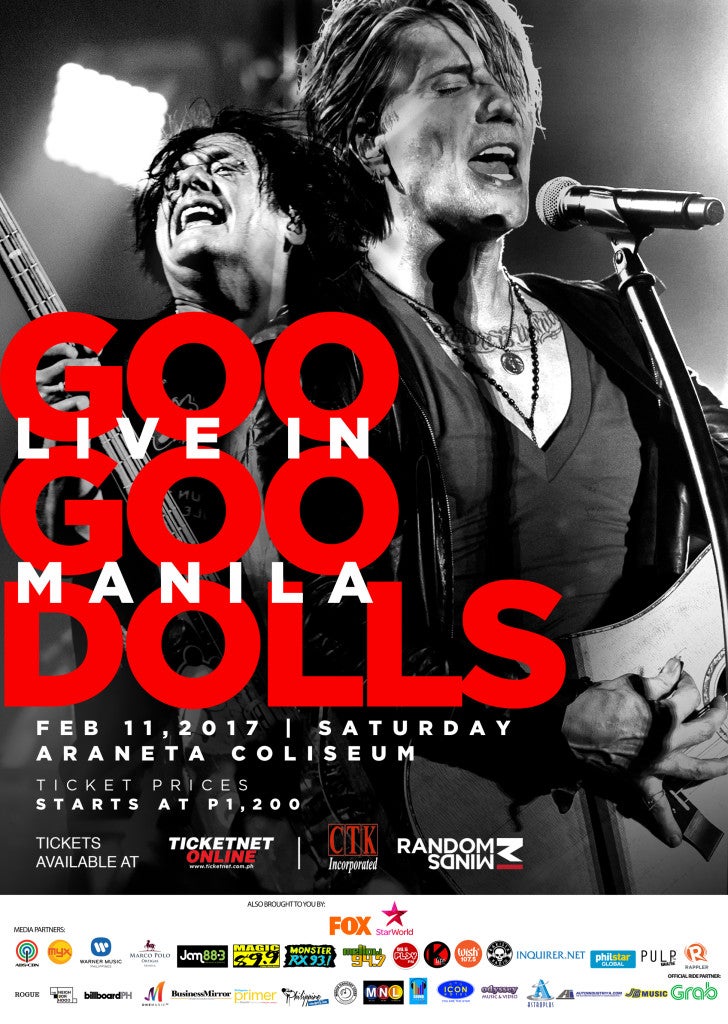 The upcoming Random Minds production of Goo Goo Dolls: Live In Manila slated this February 11 at the Araneta Coliseum is definitely the one-of-a-kind Valentine event of the year as Filipino fans who have been waiting decades for the show to happen can count on experiencing the songs that have been soundtracks to both our heartaches, and vehicles to our heart-mending process through the years. In fact, it’s not surprising that a lot of relationships have been built on the masterful songwriting and music-crafting duo of vocalist/singer/songwriter John Rzeznik and bassist/longtime-collaborator Robby Takac.

Who could doubt or even deny the fact on-the-spot early hits like the painfully-shy “Name” (off the band’s 1995 major label debut A Boy Named Goo), the emotionally grandiose anthem of unrequited love “Iris” which originally appeared on the City of Angels Movie Soundtrack and was nominated for three Grammy Awards (for Record of the Year, Best Pop Performance and Song of The Year…), and features one of the most gut-wrenching lyrical lines ever written: “Yeah you bleed just to know you’re alive…” and other tunes and tales of love-lost such as “Black Balloon” and “Slide” (off of 1998’s four-time platinum Dizzy Up The Girl) and the most recent lover’s hymn “Before It’s Too Late,” which was featured on the first blockbuster live action film The Transformers. 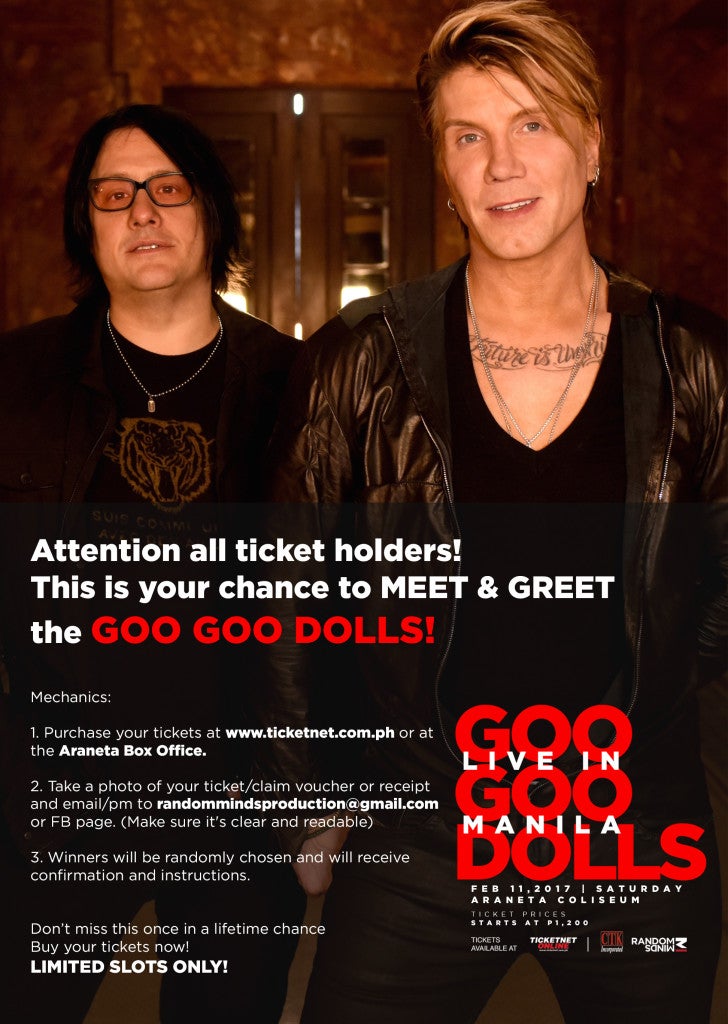 Audiences would be well to prepare to go on a rollercoaster ride of emotions during the show, as the band promises to make good on their first-ever Philippine performance. Aside from their biggest hits to date, the Goo Goo Dolls also plan to get up close and personal with songs from their most recent album from Warner Music, 2016’s Boxes, which finds them at their most introspective, personal and creatively-peaking best, as Rzeznik claims that the songs were born out of the group’s vision of audiences “claiming the songs as their own.”

Tickets to this rare Valentine treat from the Goo GooDolls are now available in all Ticketnet outlets with the following tiers: VIP – Php7,000, PATRON – Php6,000, LOWER BOX – Php5,000, UPPER BOX – P3,000 and General Admission seating at Php1,200. Interested parties can also call 911-5555. For more information check out and follow the Random Minds Facebook, Twitter and Instagram accounts or type in #GooGooDollsMNL.