In Arrival, when a mysterious spacecraft touches down across the globe, an elite team – lead by expert linguist Louise Banks (Amy Adams) – are brought together to investigate. As mankind teeters on the verge of global war, Banks and the team race against time for answers – and to find them, she will take a chance that could threaten her life, and quite possibly humanity.

Whitaker plays Colonel Weber who works in Military Intelligence and when we first meet him, he’s in the process of trying to find a replacement for a linguist that wasn’t able to deal with the pressure. “He goes to talk to Louise to see if she’s capable of doing this job,” narrates Whitaker. “That’s the first time we get to know him. He’s putting together a team, a linguist to break through the language barrier and a physicist to see if you can communicate through numbers, so that he has the proper tools to understand [the aliens].”

“We all know he’s one of the best actors living today,” enthuses director Denis Villeneuve. “Forest Whitaker is a master, and I saw that, because he had the toughest part on this movie. Colonel Weber is a character that was difficultly written, because he is in scenes as an obstacle, as an abrasive character. He didn’t have a lot of depth on the page and Forest was able to bring a gravitas, wisdom and dimension to this character in a way that I was very impressed by. It was not an easy process for Forest, there was a lot of work on set and I’m very grateful. He was very generous.” 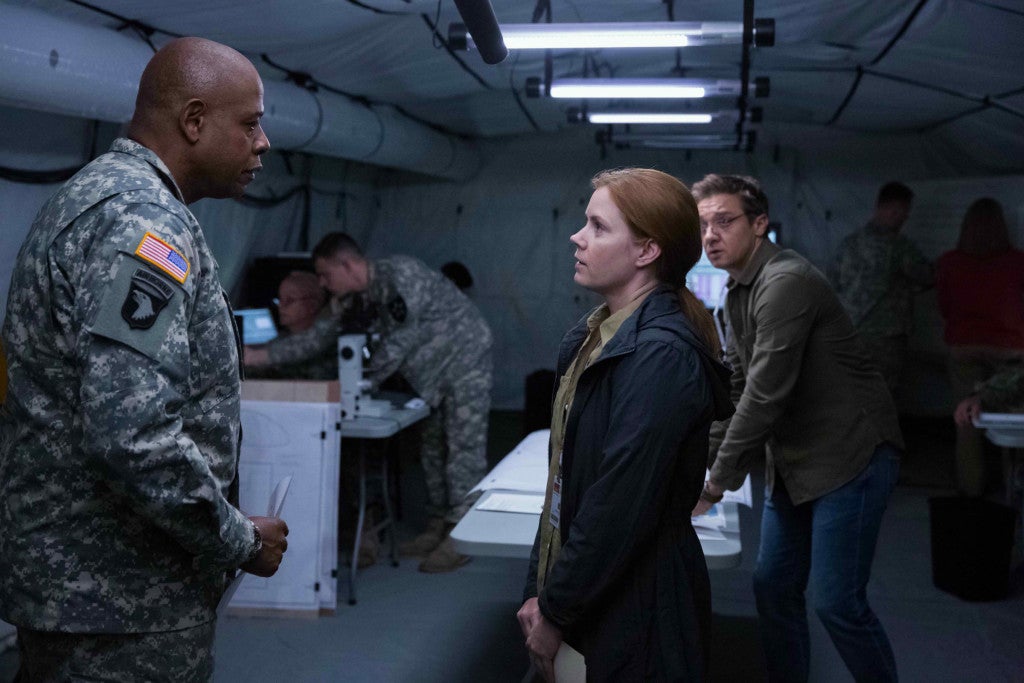 Villeneuve and Whitaker discussed the role. “When Denis spoke about Colonel Weber it was [often] about the fact that he plays out as a father figure, in some ways, to the characters in the film,” says Whitaker. “He’s watching out for them, overseeing and encouraging them, and helping them move past their fears and understand their own potential.”

Meanwhile, in Rogue One: A Star Wars Story, Whitaker plays the shadowy freedom-fighter Saw Gerrera, a figure with a surprisingly deep background in the Star Wars galactic history.

The warrior was actually first seen in season 5 of The Clone Wars animated series, when he was a young man on the planet Onderon, unleashing guerilla combat on the droid army of Separatists who took over his world.

By the time Rogue One takes place, just before the events of 1977’s original Star Wars, more than two decades have passed since the events of Revenge of the Sith. As played by Whitaker, Saw Gerrera is now bulkier, more battle-hardened with the years, and maybe a little shellshocked. He has continued to fight and he has become a man who has tried to do the right thing by occasionally doing questionable things.

“Consider him kind of a battered veteran who leads a band of Rebel extremists,” says Lucasfilm president Kathleen Kennedy. “He’s on the fringe of the Rebel Alliance. Even [they] are a little concerned about him. Saw is an ally to the Rebel squad in Rogue One, but he’s not really one of them. He’s off on his own.”

Arrival opens across the Philippines on Dec. 7, to be followed by Rogue One: A Star Wars Story on Dec. 15.