Christian Frosch’s Rough Road Ahead won big in the recent Austrian Film Awards, bagging Best Screenplay among a handful of films. No wonder it is included in the roster of this year’s German Film Week by Goethe Institut.

The film starts out in black and white, a striking portrait of the story’s authority figures – Martin and Ruby’s parents. Find out more about the harrowing story of two teenagers who grew up in post-war Germany here:

1. They lived in the post-WWII world.

Each of their parents lived through the war, greatly affecting the teenagers’ upbringing. Ruby’s dad is a strict Catholic who inflicts corporal punishment on her daughters. Yes, even for little things like the lengths of their skirts. He polices everything from the way Ruby dresses to the kind of music she listens to. That means no to rock and roll because he considers it as the “devil’s music.” Can you imagine living in such an ultraconservative environment?

On the other hand, Martin’s father seemed as if he developed PTSD from fighting in the war. Throughout the film, his grandmother kept forgetting where their house is, saying “Everyone in this house is loony.”

2. It was a predominantly patriarchal society.

Even though the family was struggling to make ends meet, Ruby’s father forbade his wife to work. He considers his wife not as an equal but someone submissive to him.  A woman’s worth is determined by her choice to remain “pure”. In fact, one of the most striking scenes in the movie was when Ruby’s dad checked under her skirt after a forbidden night out to see if she’s still a virgin.

3. As teenagers, they were still in the midst of identity formation.

At seventeen, both teenagers are determined to break free from their small town and their parents. Ruby sneaks out past her curfew for a night of skinny dipping, magic mushrooms and sexual experimentation her boyfriend Martin and friend Harry. While all this experimentation is now known to be common in adolescents, it wasn’t the case back in the late 1960’s.

4. Both have traumatic institutional experiences after their attempt to escape failed

Scoring a pair of tickets to see their favorite rock band, they use their friend’s Vespa to go to the city. After an unfortunate event, they end up going back to their town, not knowing that both sets of parents agreed to their impending institutionalization. Ruby is sent to a Catholic convent while Martin stayed at a correction facility.

5. What doesn’t kill you makes you stronger?

At the movie’s climax, we see flashes of red and everything turns into colour. We see Ruby, who is now a budding performer. However, her past continues to haunt her. She has become bulimic after all those days being forced to eat subpar food in the convent. She continues to numb herself from the pain with alcohol and drugs. Meanwhile, Martin indirectly caused the death of his friend and ended up joining a militant group.

Rough Road Ahead was screened at Ayala Malls Cinemas in Glorietta 4 and Trinoma during German Film Week’s run on September 22-27. Check out SureSeats.com and Goethe Institut’s official website and Facebook for more details. 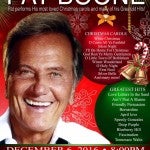 A Merry Christmas with Pat Boone 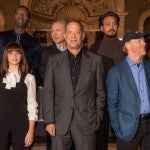