The Colony or Colonia was another full-length film entry during the German Film Week 2016 which was based on true events during the 1973 Chilean military coup, and whose story focuses on Colonia Dignidad — a notorious German cult headed by Paul Schäfer in South Chile.

The film was released last year and directed by Florian Gallenberger starring Emma Watson, Daniel Brühl, and Michael Nyqvist. Here are five disturbing truths highlighted in the film that occurred in the utopian-like community of Colonia Dignidad:

The film unmasked Colonia Dignidad, a German cult pretending to be a charitable mission organization in Chile under the leadership of Paul Schäfer (Michael Nyqvist), a German who claims to be a man of God. But the community was in fact built on lies and deceit; it served as an illegal operations center for DINA (Dirección de Intelegencia Nacional) — the Chilean secret police during the governance of Augusto Pinochet.

The film showed how young boys were taken from their mothers at a young age and were cared for at the community. They were educated in a school, and taught to sing, which Schäfer was particular about. But beneath the veil of love and care, he abuses and molests the young boys in the community.

Since the colony served as the underground center for the illegal operations of DINA, enemies of the state were electrocuted, tortured, and murdered beneath its grounds. But not only were state enemies killed, Schäfer also permitted murder within his community whenever a grave offense was committed by someone.

An example of this in the film was when a roommate shared to Lena (Emma Watson) that she was getting married to one of the men in the community. When Schäfer found out, she was brought to one of the evening meetings where she was slapped and beaten to death. The men, women, and children lived separately in the community under the pretext of keeping themselves pure from sexual immorality and temptations.

Discipline was one of the things that were strictly enforced in the community. Whenever someone fails a task or commits a mistake, they were either whipped or beaten. One scene showed how Lena witnessed Paul Schäfer himself slap and kick Gisela, the caretaker of the women in the community, while the other men beat the young girl to death.

Although Colonia Dignidad posited the idea of a utopian-community, it was not anything close to a utopia. Men, women, and children were stripped of their rights as well as access to material possessions. The only thing they owned were their pajamas, work clothes, and shoes. They worked for twelve hours a day and were not given time to do other recreational activities. Men and women were not allowed to leave the place. They were also not allowed to marry or even have children. And they have to confess each day to their lay preacher Paul Schäfer.

The Colony was shown at Ayala Malls Cinemas: Glorietta 4 and Trinoma from September 22 to September 27 during the first run of German Film Week 2016. Check out www.sureseats.com and you can also visit Goethe Institut’s official website and like their Facebook page for more details. 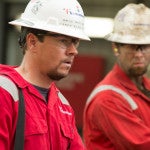 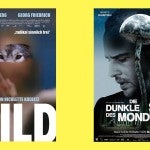