Non-stop, pulse-pounding suspense in “The Shallows” 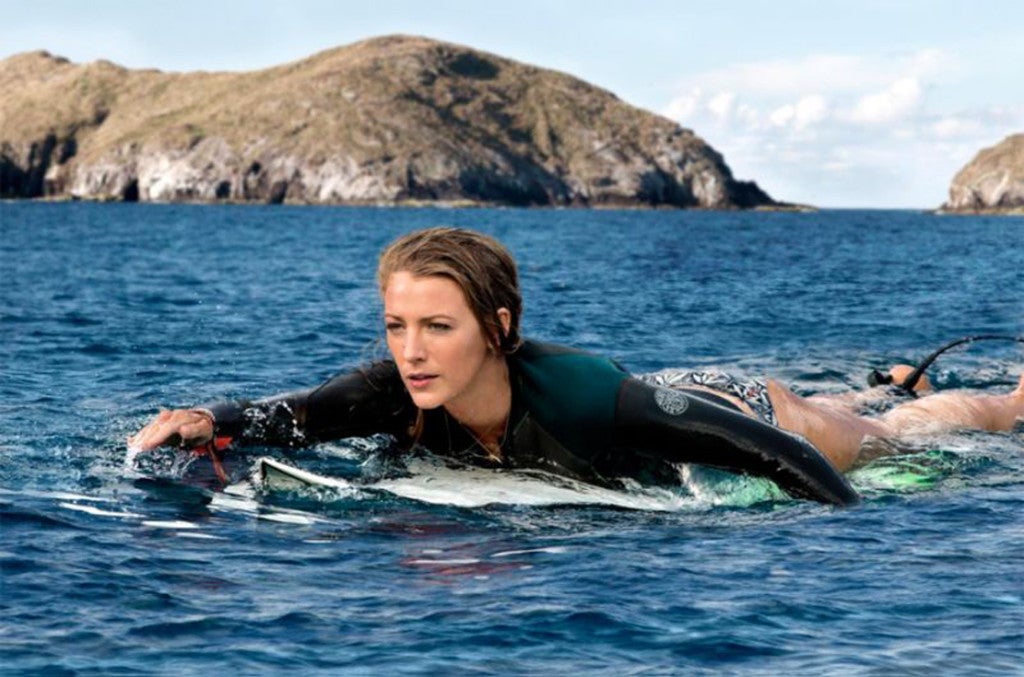 From Jaume Collet-Serra, director acclaimed thrillers “Unknown” and “Non-Stop,” comes Columbia Pictures’ suspenseful tale “The Shallows” where a female surfer finds herself in the feeding ground of a great white shark.

In “The Shallows,” Nancy (Blake Lively) is seeking solace after the death of her mother. Though she’s been a driven medical student, Nancy has also found peace on a surfboard, and now has located what she’s looking for – the secret beach that was a special place for her mom. Though she knows it’s dangerous to surf alone, she risks it when her travel companion bails – even calling home to let her tight-knit family know that she has found this special place. As she surfs in this beautiful, hidden place, she thinks it will be a chance for her to reflect. 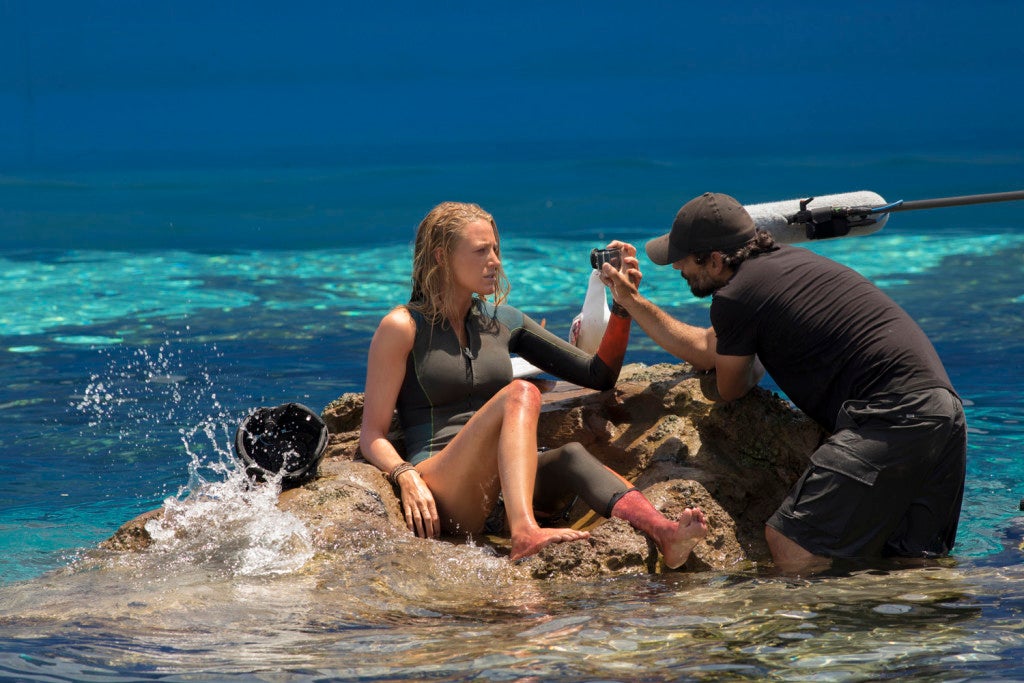 Blake Lively and Director Jaume Collet-Sera on the set of Columbia Picture’s THE SHALLOWS.

“Unfortunately, she has stumbled into the feeding ground of a great white shark,” explains Matti Leshem, who produces the film with his wife and producing partner, Lynn Harris. “The shark attacks her, but it’s just doing what comes naturally. She is never more than a couple hundred yards from shore – she could swim to it – but the shark is in between her and safety.”

The director orchestrating the combat is Jaume Collet-Serra. “Every movie he’s made has had an extraordinary amount of suspense,” says Lynn Harris. “He gets great performances from his actors, and he understands every scene and every frame from the point of view from the audience – what’s going to be the most satisfying experience for them in that moment.” 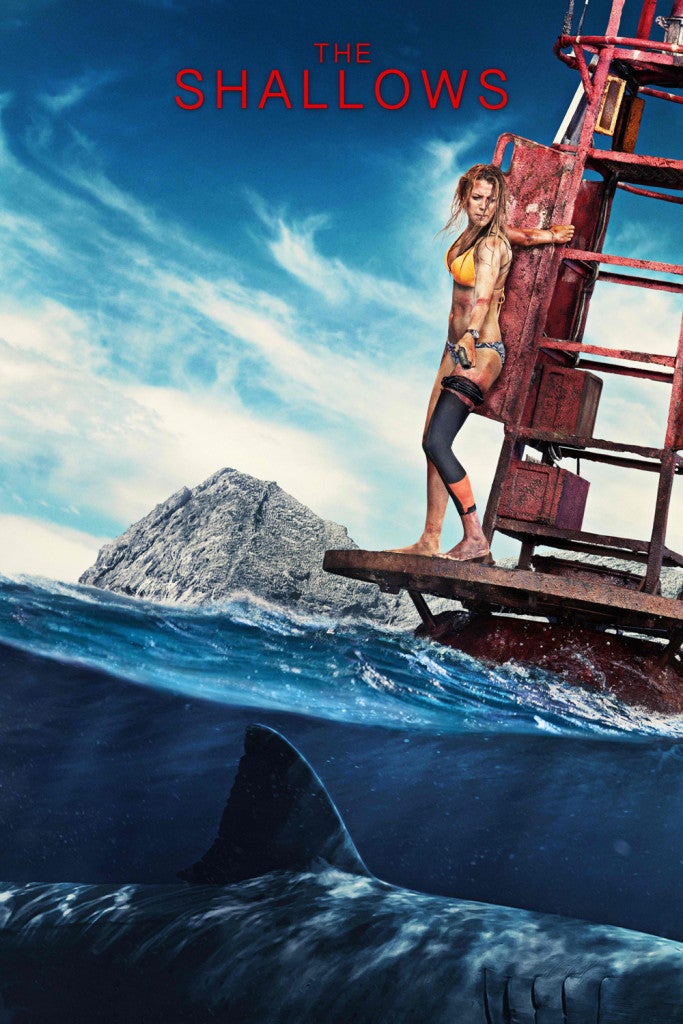 Collet-Serra was excited to join the project because, he says, “it had so many elements that put together make a mega-challenge for a director. It has one location. It has water. Animals. And a CG character. Any of these elements separately is a challenge, so to have them all in one movie was really exciting.”

Collet-Serra says that Blake Lively was much more than an actor for hire. Because she is in nearly every shot of the movie, he says, “She was really a partner in the storytelling. We tailored it for her – everything is filtered through her. We all agreed on the movie we were making, and she was very interested in collaborating with us on that process.”

“I love the combination of a character journey in an elevated genre,” adds Harris. “The Shallows is an incredibly suspenseful thriller with a real character at the heart of it – a protagonist who goes through the arc of getting her strength and overcoming her fear.”

“This story is incredibly visceral, but it’s also one we can all relate to – dealing with our worst fears,” concludes Leshem. “What does it take to face the thing you never thought you could face? And, of course, on some level, this is a metaphor for everything that is truly challenging, but is embodied in a great white shark.”