(If you didn’t cry from this title track from Wonpil, then I don’t vibe with you. JK)

DAY6’s Wonpil finally made his solo debut with his first full album, “Pilmography,” on Febtuary 7, 2022 at 6 P.M. KST. He is the third member of DAY6 to release music as a solo artist, following YoungK’s EP “Eternal” and Dowoon’s single “Out of the Blue” in 2021. Along with his album, JYP Entertainment also released the accompanying music video for the title track, “Voiceless”.

“Pilmography” consists of 10 tracks, each conveying “different colors of music and emotions”, as described by The Korea Herald. In his online press conference, Wonpil said that he had wanted to make an album to bring “comfort and healing, especially among times of trouble”. The name of the album, “Pilmography” is a derivation from the word “filmography”, which he (Wonpil) changed a bit by adding the letter ‘P’ for his name.

The album sees Wonpil’s participation as a composer and lyricist, adding to the 100 songs he had already been registered under the KOMCA. He, along with fellow member YoungK had written the lyrics to most of his songs in the album, including the title track, “Voiceless.”

“Voiceless,” with the sub-title ‘Hello, Goodbye,’ was described by Wonpil as a “song that is a mix of waltz and blues and best fits this weather and ambiance.” The lyrics of the song expressed a story of an “unwanted breakup”—a story of saying goodbye to cut off the pain that the person is experiencing.

MyDays were most especially emotional as they shared their sentiments about Wonpil’s solo debut. As emotional as they were, his fans never failed to convey how proud they were of Wonpil, as busy as he was in the past year with his musical, web drama, and now his solo promotions (which had been postponed due to a staff testing positive for COVID-19).

The last track of Wonpil's album – 'A Journey' lyrics regarding enlistment:
"No matter what, wish me all the best
Wish me happiness in my journey
With the changes in seasons
I'll be the better version of myself
Please look forward to it

I'll be on my way and come back soon"

Voiceless M/V is so beautifully filmed but I'm honestly so amazed at the amount of times Wonpil's submerged underwater when he has a fear of water. He really worked so hard. 😭 pic.twitter.com/GWdh4itwXm

Oh wow, Wonpil initially didn't have the intention to release a full album but the number of songs gradually increased as he kept working on music. The company like the songs so he ended up releasing one.

Imagine getting all of your songs confirmed by the panelist though 👏🏻 pic.twitter.com/08li4dpFlB

Come to think of it, Sungjin returned to twitter on Wonpil's birthday and we finally heard his voice since his enlistment thanks to Wonpil's solo debut. His favorite child, indeed.

Letting go doesn’t always equate to giving up—oftentimes, it's about walking away for the other person's happiness even if it requires breaking your own heart.#원필이가_써내려갈_필모그래피#WONPIL_SOLO_DEBUT@day6official pic.twitter.com/nFMTRO5pcj

I'm so glad the boys got to send Wonpil voice msgs. He's always been the most supportive of his members in all their endeavors, always there for them when they need him. And I've always imagined for them to explosively hype him when he debuts solo— except ofc they're enlisted.

Thank you for giving us beautiful and comforting music since 2015.

Wonpil came to bubble to reassure fans immediately after the announcement that he's okay and he was worried that we'll be sad when it's his solo debut, his schedules being postponed and his health at risk 😭

“‘i hope you can see me as day6 wonpil.’ group day6 wonpil will stand alone. the members may not be on stage together, but wonpil asked not to forget that he is one of DAY6’s members”

Wonpil now has ~112 songs credited in KOMCA, with the release of Pilmography
🐰 Firstly, rather than the thought of being able to release 112 songs, the thought of thanking the fans, My Days, for letting me be able to achieve that, is much bigger. pic.twitter.com/xGXyME4vq5

wonpil finished writing 9/10 songs from pilmography in three months??? all that between his webdrama filming too??? wow??? that's so??? wow.

Congratulations on your solo debut, Wonpil! Please keep safe and healthy, and always remember that MyDays will always be proud of you! 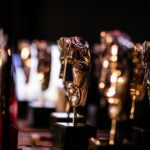 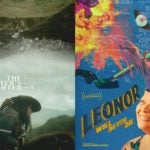