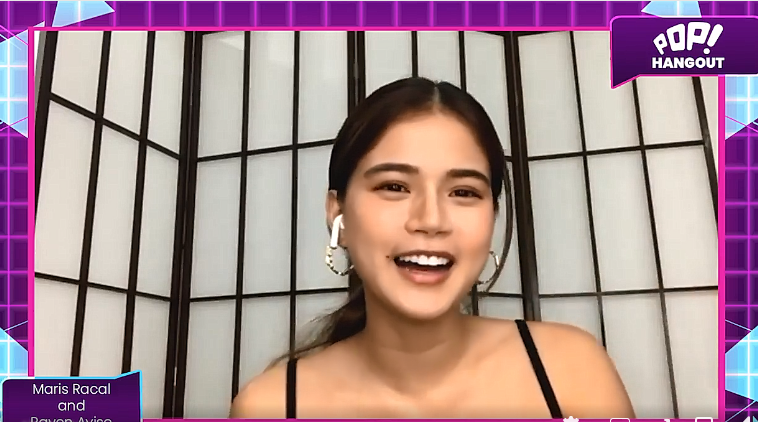 Maris Racal is a lot of things: singer, songwriter, social media darling, and meme queen (insert Racal’s typing meme). But other than those, she’s also an actress, proving that she’s talented and versatile.

The Filipino actress and singer-songwriter sat down with POP! last February 3, where she broke down her character roles from notable films and rated them based on their similarity to the real-life Maris Racal.

From the scale of “Hindi si Maris ‘yarn” (That’s not Maris) to “Saktong Maris lang” (Just the right kind of Maris) and “Walang duda Maris na Maris ‘yarn,” (No doubt, that’s really Maris), read on to know how Racal described her characters from Bloody Crayons to The Kangks Show.

Richalaine “Rich” Alcantara is a party- and girly-girl character in the 2017 suspense-thriller film Bloody Crayons, a film based on a Wattpad story written by Josh Argonza.

She then explained that she and Rich have a slight similarity where they both will help their friends when in times of trouble. But still, Rich’s loud personality is different from the real actress.

Nancy is the character of Racal in the 2020 comedy film Boyette: Not a Girl Yet, starring Zaijan Jaranilla and Inigo Pascual.

“I think hindi si Maris ‘yan, (I think that’s not Maris)” Racal rated, explaining that she doesn’t go after someone who doesn’t like her back, which is opposite to Nancy in the film. “Pag alam kong di ako gusto, ayoko na quit na ako. Okay, ayaw mo, so hindi.” (If I know someone doesn’t like me, I won’t pursue them. Okay, you don’t like me, then so be it.)

In 2019, Racal starred in I’m Ellenya L., where she played Ellenya “Lenlen” Lakampati, a typical millennial whose life circles around social media and who aspires to be a big influencer and vlogger.

“Si Maris yan, (That’s Maris)” exclaimed Racal. She explained that she and Ellenya both like to film videos and vlogs. She also added, “Walang hiya siya. Basically, wala rin akong hiya, eh. Makapal din yung mukha ko, so si Maris na Maris ‘yan si Ellenya.” (She’s unashamed of herself, and so am I. I’m pretty thick-skinned, so Ellenya’s personality is close to Maris’.)

Peachy Ann Mabunga is one of the members of the fun-loving Mabunga family in the 2019 drama television series Pamilya Ko, which follows the story of the Mabunga family as they go through all forms of adversity and overcome them.

“Oh my god, I think saktong Maris siya, (Oh my god, I think she’s a bit of Maris)” Racal said. She compared the level of courage she and Peachy had, describing Peachy as courageous yet scandalous. “Pero ‘di ako kasing-tapang ni Peachy. Si Peachy kasi sobrang tapang niya, scandalous siya. Kaya niyang magpahiya ng tao lalo na’t alam niyang tama siya.” (But I’m not as brave as Peachy. Peachy is very courageous and scandalous. She can make a scene and embarrass people, most especially if she knows she’s right.)

Despite this difference, Racal still shared some similar traits with Peachy. “Pareho kaming maarte, kikay na ate. Doon kami pareho [pero] grabe ibang level yung tapang niya.” (We’re both nitpicky and kikay. I think that’s where we’re similar, but the level of her courage is different than mine.)

Cassandra is a young influencer who runs her sex advice show on TikTok in the 2021 sex comedy series The Kangks Show, which starred Angelica Panganiban, JC De Vera, and Kit Thompson.

“Oh my god, Cassandra. I think saktong Maris siya, (I think she’s a bit of Maris)” Racal said. She and Cassandra are similar in terms of using social media and being a TikTok star.

In the latest episode of POP! Hangout, Racal, alongside Raven Aviso, had a lively discussion about the latest hit single Pumila Ka (Fall In Line), which features Aviso, and their Bisaya roots.

The Ate Sandali singer revealed the inspiration behind Pumila Ka, her new single, where it’s based on the famous Filipino expression, ‘Pumila ka,’ a commonly used expression used by fangirls.

Racal explained, “Kasi pag may ina-idolize ka, crush mo siya, gusto mo siya maging boyfriend. Tapos kapag may bagong nagka-crush sa idol mo, parang sasabihan mo siya na, ‘Pumila ka since ako ‘yung nauna rito.’” (When you’re idolizing someone, it can lead to a crush, and you might want them to be your boyfriend. And when others start to have a crush on your idol, you’ll tell them, ‘Get in line because I’m the first one to have a crush on them.’)

She shared that she personally experienced being told ‘Pumila ka’ by Twitter users beforehand, and that’s how she also got the inspiration for the song.

Racal’s ‘Pumila Ka’ also features another Bisaya rapper, Raven Aviso, where the latter shared that he wanted to learn more about the language. Aviso recalled that her mother got excited when she first heard about hearing Bisaya in Racal’s song. “Noong pinapakinggan ko po, may Bisaya rin po doon. Tapos nung may part na may Bisaya, natutuwa si mama kasi first time niya makarinig ng Bisaya sa songs mo. Sabi ni mama, ‘Bakit di mo rin kaya itry maglagay din ng Bisaya sa mga songs mo?’ Sabi ko, ‘Kayo po turuan niyo ako,’ ganon.” (When I listened to it, I found out that there are some parts of the song with Bisaya words. And when my mother heard it, she got excited because it’s her first time hearing Bisaya incorporated in your song. My mom then asked, ‘Why don’t you try to incorporate Bisaya in your songs as well?’ I told her, ‘Help me learn it [the language].)

‘Pumila Ka’ isn’t the first song Racal showed off her Bisaya roots. In 2021, she released the Bisaya-Tagalog anthem ‘Asa Naman,’ where the song verses were in Tagalog and the chorus parts in Bisaya.

Watch the rest of the latest episode of POP! Hangout here: 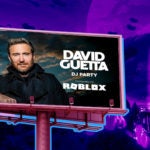 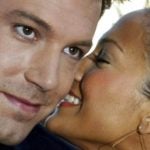 Jennifer Lopez opens up about her rekindled romance with Ben Affleck