It’s official: The Teletubbies have joined the Army fanbase! BTS probably now has the cutest fans, and we couldn’t agree more.

The cutest entry to the “Super Tuna” dance challenge came to life after BTS uploaded a “Bangtan Bomb” episode showing behind-the-scenes footage of their 2021 Festa family portrait photoshoot. Jin and RM, who noticed that they were wearing clothes with colors similar to Teletubbies, cracked a joke and referred to themselves as the British cartoon characters.

The Teletubbies team was quick to notice the video and took to Twitter its appreciation to BTS, saying, “Hey there Po and Laa.”

The adorable interaction did not end there, as the Teletubbies even uploaded a Tiktok video of them dancing to Jin’s “Super Tuna” Dance Challenge. Showcasing the characters’ cute and smooth like butter tiny dance moves, the 13-second-long clip went viral on Tiktok and has now garnered almost 7 million views.

@teletubbies Of course the Teletubbies first ever TikTok dance was the #supertunachallenge – how do you think they did? 💜💚💛❤️ #bts ♬ Super tuna – La_lim💜❤️

The BTS army couldn’t help but react with full admiration to the adorable Teletubbies.

the fact that I grew up watching Teletubbies and the only way to make me eat something was letting me watch it and now they did #SuperTuna_Jin is so touching. I will remember this forever

Yes. You did dance smooth like Butter to #SuperTuna_Jin by #BTSJIN @BTS_twt . Thank you for joining this #SuperTunachallenge . 💜💜💜💜💜💜💜

OMG 🥺💜 I REALLY LOVE IT. SO CUTE
You were an important part of my childhood
Now Seokjin is take caring me ♡

THIS IS BEYOND ADORABLE!! THANK YOU FOR PARTICIPATING IN #SuperTuna_Jin CHALLENGE 🥺💕

“Super Tuna,” a song made out of Jin’s love for fishing, was released late last year, on the singer’s birthday. Although he is shy about the unplanned dance challenge, the fans — which now include the Teletubbies — couldn’t resist making it into a dance craze. The special performance video now has 49 million views, only almost 2 months after its release. 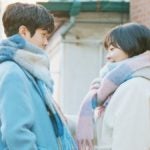 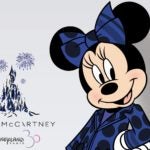