Taylor Swift fires back at Damon Albarn over songwriting claim

Grammy Award-winning artist Taylor Swift has slammed Damon Albarn, the lead singer of Blur, over the latter’s claim that Swift “doesn’t write her own songs.”

“I was such a big fan of yours until I saw this. I write ALL of my own songs. Your hot take is completely false and SO damaging,” Swift wrote on Twitter on January 25. “You don’t have to like my song but it’s really f*cked up to try and discredit my writing. WOW.”

@DamonAlbarn I was such a big fan of yours until I saw this. I write ALL of my own songs. Your hot take is completely false and SO damaging. You don’t have to like my songs but it’s really fucked up to try and discredit my writing. WOW. https://t.co/t6GyXBU2Jd

She then added that she wrote the tweet all by herself in case Albarn was wondering.

Swift’s comment came after Damon Albarn’s promotional interview with Los Angeles Times where he commented that much of modern music is popular because of “the sound and attitude,” not because “the songs are any good.”

When the interviewer mentioned that Taylor Swift is “an excellent writer,” Albarn said, “She doesn’t write her own songs.”

As the interviewer pointed out that Swift wrote her songs and co-wrote some of them, Albarn then commented, “That doesn’t count. I know what co-writing is. Co-writing is very different to writing. I’m not hating on anybody; I’m just saying there’s a big difference between a songwriter and a songwriter who co-writes. Doesn’t mean that the outcome can’t be really great. And some of the greatest singers — I mean, Ella Fitzgerald never wrote a song in her life. When I sing, I have to close my eyes and just be in there. I suppose I’m a traditionalist in that sense.”

Following Albarn’s claims, Jack Antonoff and Aaron Dessner, who had worked and collaborated with Swift in her previous albums ‘folklore’ and ‘evermore’, also tweeted their reactions.

i’ve never met damon albarn and he’s never been to my studio but apparently he knows more than the rest of us about all those songs taylor writes and brings in. herb.

Swift’s fans and other personalities, namely JP Saxe, Insider video producer Irene Ann, Award-winning author C.J. Farley, and Maisie Peters, among many others, were quick to jump on Twitter and defend Swift.

just read the article.. what an exceptionally stupid thing for him to say. ick

I’ve interviewed everyone from Bob Dylan to Aretha Franklin to Jay-Z. @taylorswift13 is definitely a genius songwriter and one of the smartest artists I’ve ever met. Kind of gross that someone would challenge that. https://t.co/NuFAS2lwVQ

Taylor Swift doesn’t write her own SONGS ?!!!?! @Damonalbarn where the fuck have you been?? The actual audacity for you to compare Taylor to Billie (who co-writes her own songs) but for some reason when Taylor co writes with one other person it’s NOT THE SAME? Taylor has a whole

taylor has always built her career on the fact that she's a songwriter. she has every right to be upset and to defend herself, especially in an era in which she is reclaiming her music

In the end, Albarn responded and apologized to Swift on Twitter, saying, “I totally agree with you. [I] had a conversation about songwriting and sadly it was reduced to clickbait. I apologise unreservedly and unconditionally. The last thing I would want to do is discredit your songwriting. I hope you understand. – Damon.”

I totally agree with you. i had a conversation about songwriting and sadly it was reduced to clickbait. I apologise unreservedly and unconditionally. The last thing I would want to do is discredit your songwriting. I hope you understand. – Damon

Despite apologizing, many Twitter users still called him out for shifting the blame and saying “it was reduced to clickbait.”

"clickbait" is when a quote is taken out of context in order to get readers to click a story. The context here is that Albarn said Taylor Swift didn't write her own songs, was CORRECTED BY THE REPORTER and doubled down lmao https://t.co/E1TwfOqAF7

What part of this was reduced to clickbait? You said her songwriting doesn't count as songwriting and then compared her to another female artist with a completely different style.

Don't gaslight and throw someone else under the bus because you never thought she'd call you out. pic.twitter.com/Vjupk6XSyT

after discrediting taylor you choose to discredit the journalist who interviewed you.. I don’t understand how “she doesn’t write her own songs” could have been misconstrued by the journalist 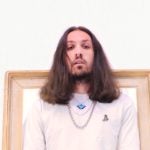 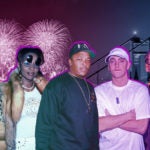