American researchers have developed an artificial-intelligence-based system capable of identifying which artist created a given painting with a high degree of accuracy. Thanks to deep learning techniques, and the study of several thousand artworks, it could be used to recognize forgeries. 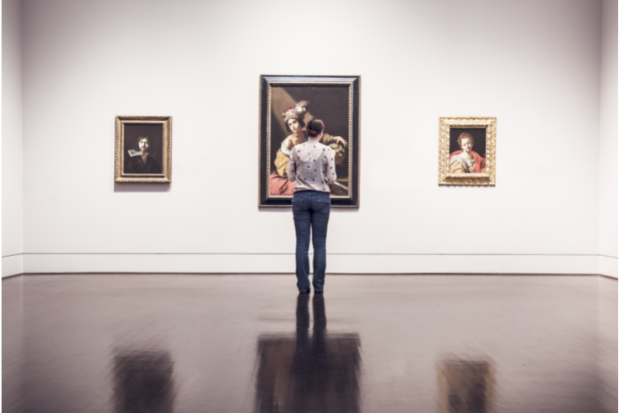 Researchers at Case Western Reserve University in Cleveland have developed a technique for identifying the creator of an artwork with great precision, drawing on the powers of artificial intelligence. By analyzing data from artworks using a deep learning system, it’s possible to identify and compare various minute details that a painter would be unable to control. These microscopic elements, such as brush marks or the size of bristles, can be used to identify an artist’s style.

This new method works via the detailed mapping of a painting’s surface in three dimensions. This is then analyzed by artificial intelligence. The researchers consider their work to be particularly innovative, and suggest that it could almost certainly be used to help identify counterfeit paintings. Indeed, it would be very difficult to fool this system, since these tiny details are imperceptible. Such traces are indicators of what the researchers call an artist’s “unintentional style.” This could be compared to a fingerprint.

In an experiment with four students, researchers were able to identify with just over 95% accuracy which student painted which painting, even when they used the same brushes, paints and canvases. To identify the artists, the researchers scanned the surface of each painting before dividing the works into thousands of small squares, ranging from a half-millimeter to a few centimeters wide. The software then crunched the data and made comparisons to identify the differences between the four amateur painters.

In an age where artworks frequently top the million dollar mark, and verified information is becoming a rare commodity, this new technology will likely be of great interest to art experts, owners and collectors alike. JB

This Makati bookstore invites you to have a sleepover in their new space with artists, musicians, and their artworks