Whether you’re handing in a super late Christmas gift or trying to help someone get a head start on their 2022 New Year’s resolution to read more, gifting books is always a good idea.

Why not help your loved ones find their one true love by gifting them the books that may have sucked you into the world of reading?

Take a trip down memory lane with these nostalgic and classic books that have converted more than one person into a hungry bookworm. 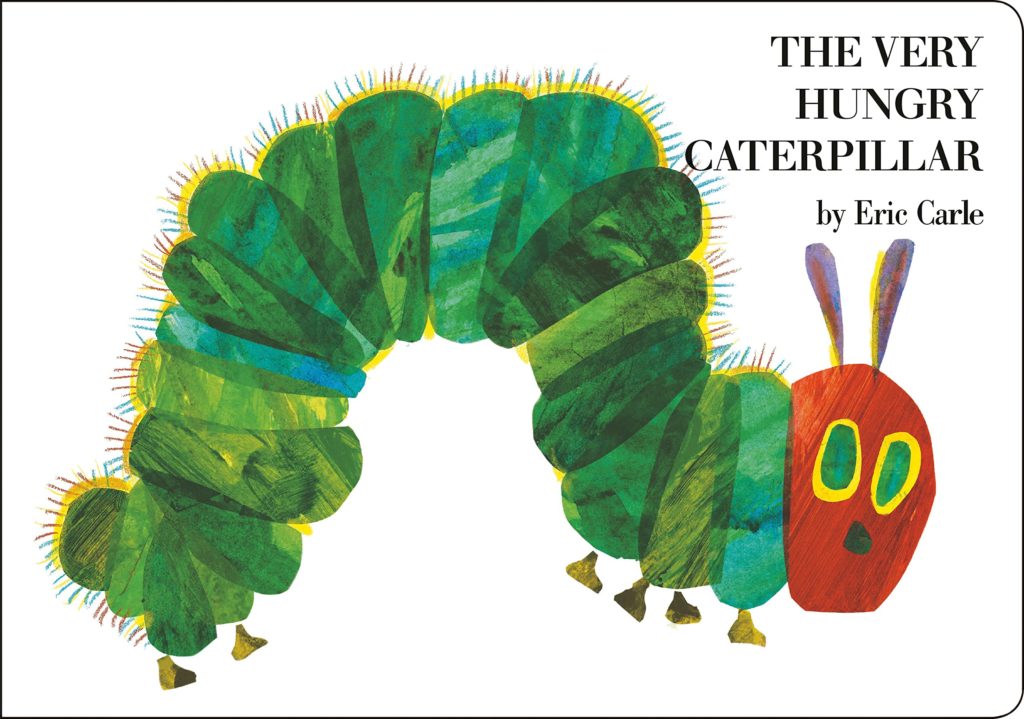 Let’s start off with a book that brings us way back, back to our diaper days. The Very Hungry Caterpillar did more than just awaken our appetites with the colorful images of food, but it also showed us the beauty of nature.

The Giving Tree by Shel Silverstein 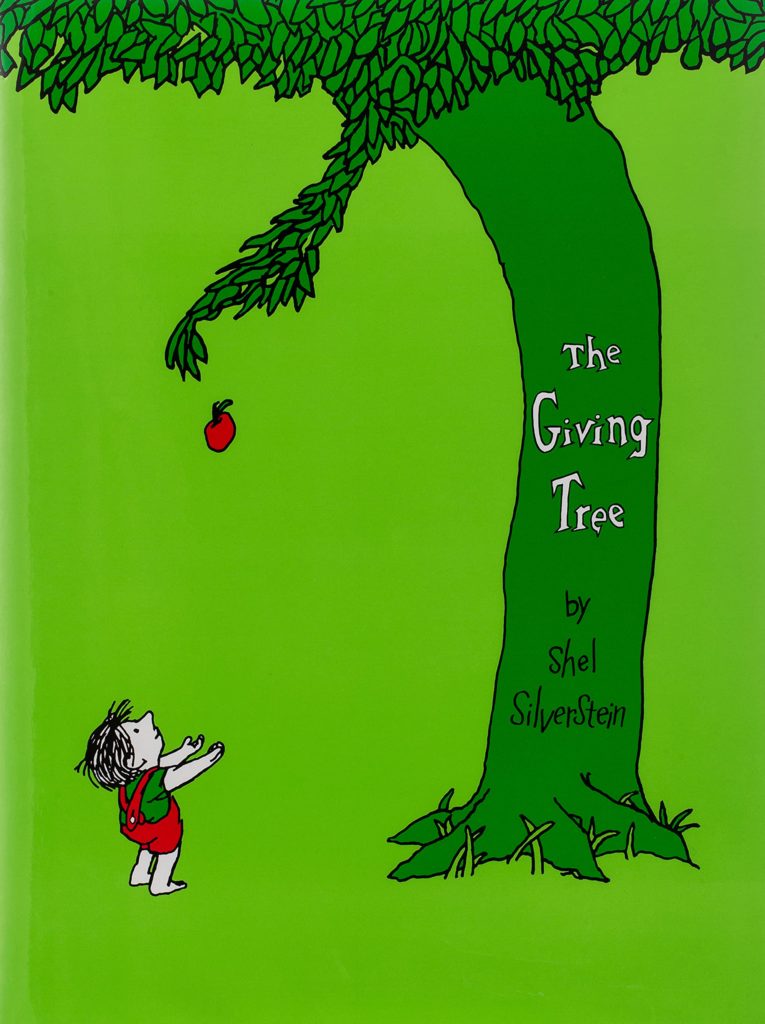 Shel Silverstein is the author and illustrator of many other classic children’s books like The Missing Piece and The Missing Piece Meets the Big O. He also published numerous of his quirky poetry collections like Where the Sidewalk Ends, A Light in the Attic, and Falling Up.

Rediscover what it truly means to give and to take. Who could ever forget the tale of the most selfless tree in the world? Or the largely printed bald and bearded man on the back cover… 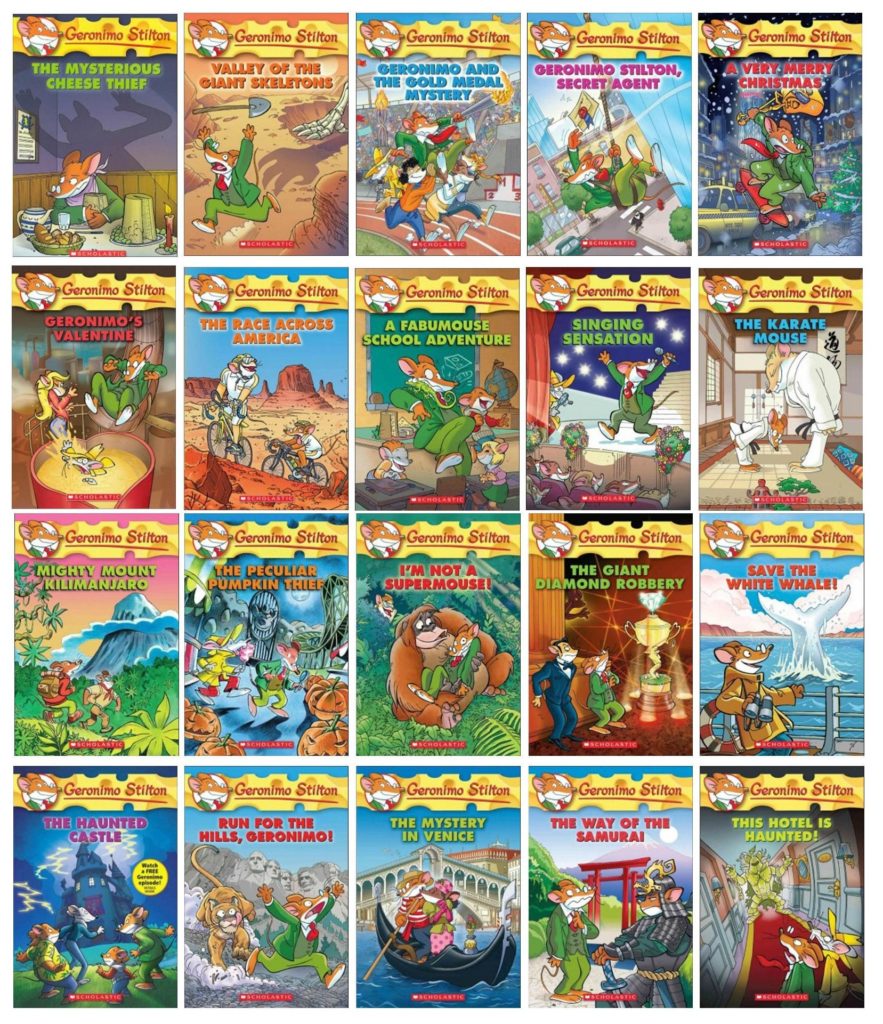 Now diving into grade school level books, where even the fonts made the stories pop! Travel all over the world with New Mouse City’s most adventurous mouse, Geronimo Stilton, publisher of The Rodent’s Gazette.

Not only does Geronimo have his endless number of books and graphic novels, but his story also inspired numerous spinoffs like that of Thea Stilton. Tired of following around Geronimo? Why not saddle up next to his sister Thea Stilton who gets into just as much trouble as her brother? Maybe it just runs in the family?

The Lion, the Witch, and the Wardrobe by C.S. Lewis 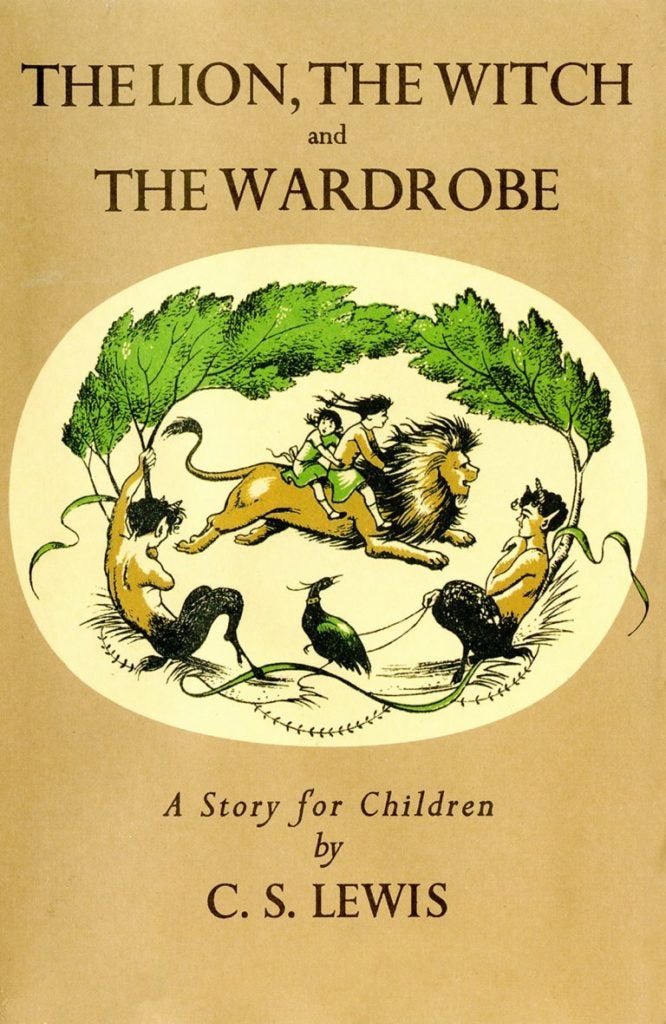 Actually the second installment of The Chronicles of Narnia series, this book made us all reach for the back of our own closets—or “wardrobes”. But whether you found a whole new world in there or not, let this book take you on a magical adventure instead.

A secret world in a wardrobe, four siblings, a satyr, Santa, a talking lion, Turkish Delight (and wondering what the heck it tastes like) … The list goes on and on as to why you should definitely read this one!

Diary of a Wimpy Kid by Jeff Kinney 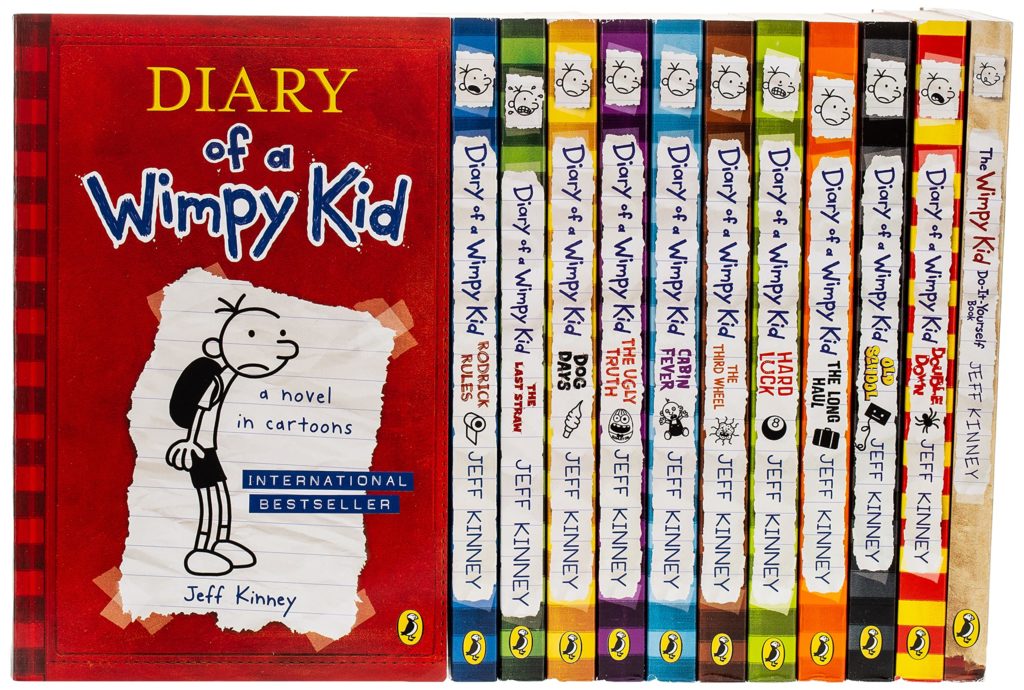 Another iconic book series which inspired a (just as iconic) movie franchise as well. Who wouldn’t want to dive into the secret world that is middle schooler Greg Heffley’s mind? You may feel some secondhand embarrassment, but that’s just all a part of growing up. ZOO WEE MAMA!

Percy Jackson and the Olympians by Rick Riordan 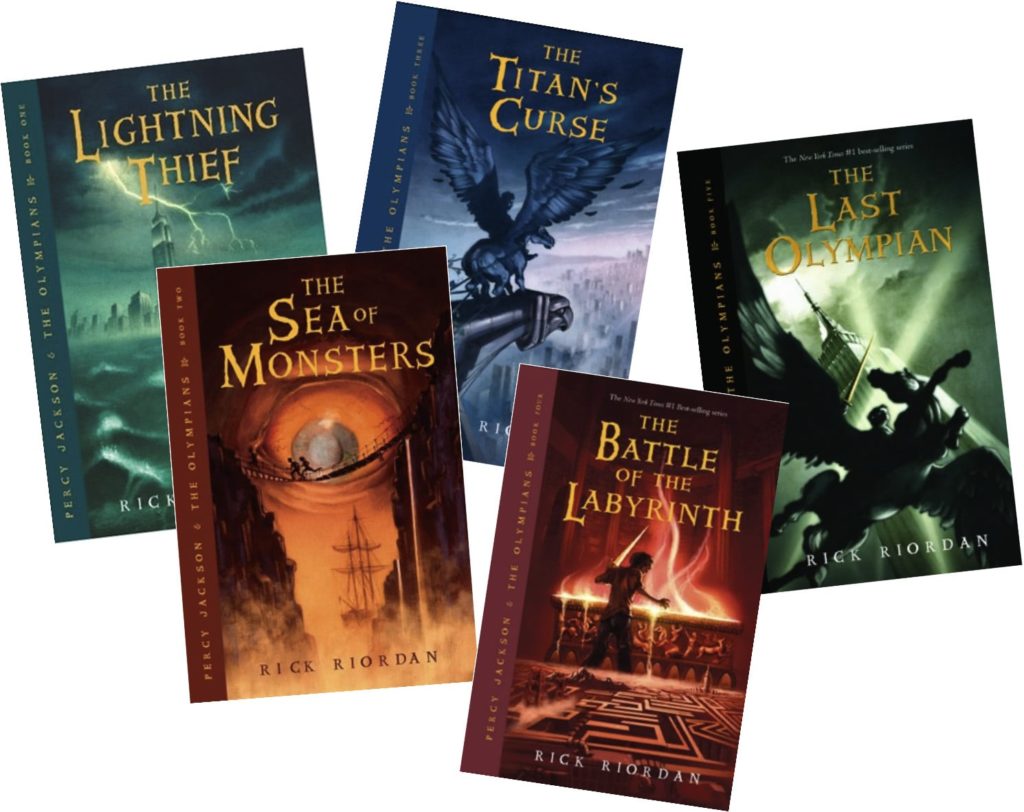 Percy Jackson is about to find out that one person’s “different” is another person’s demigod. He is also about to enter Camp-Half Blood, which is full of them. And as if finding out that he is the literal son of a Greek god wasn’t enough, he is about to be accused of stealing from one of the mightiest gods as well.

King Rick Riordan was able to get a whole generation, from all over the world, to try and find any connection to some type of Greek lineage. This series, later followed by The Heroes of Olympus series, birthed many a lover of Greek mythology.

The Hunger Games by Suzanne Collins

A reluctant heroine with a signature hairstyle and a killer shot? Yes please!

Oh, YA dystopia/fantasy novels. They will always hold a special place in all our hearts. Who could ever forget the likes of Divergent and The Maze Runner? Novels (and later movies) that showed us where society could lead to if we weren’t careful… plus the power of some teen spirit! 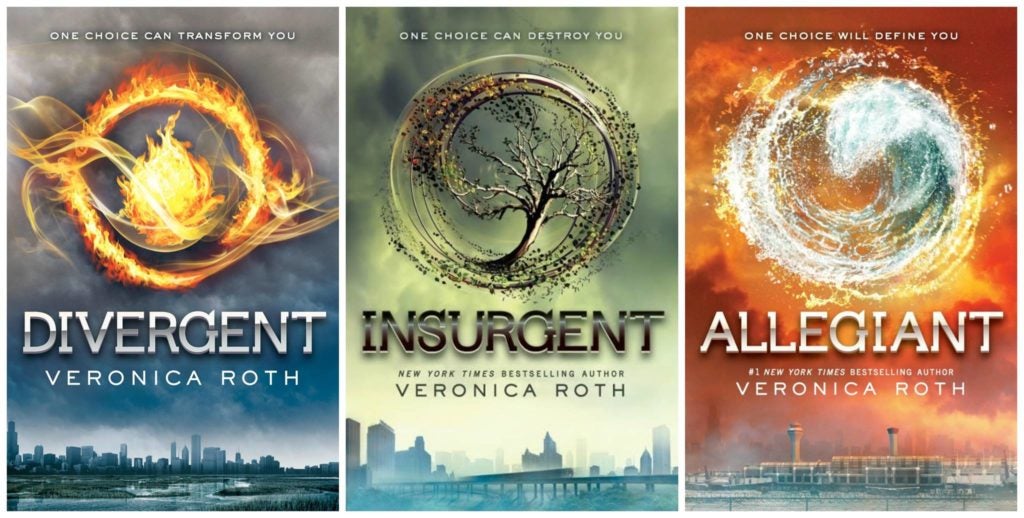 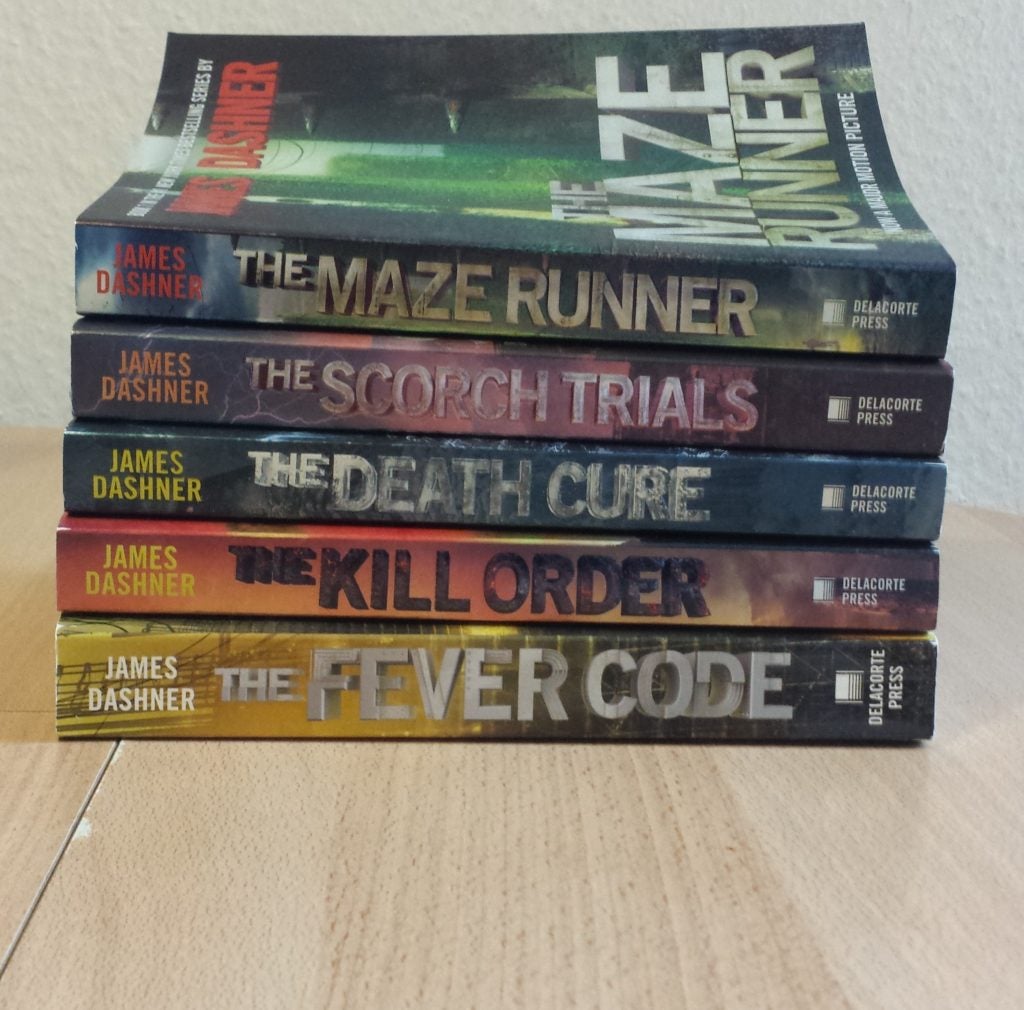 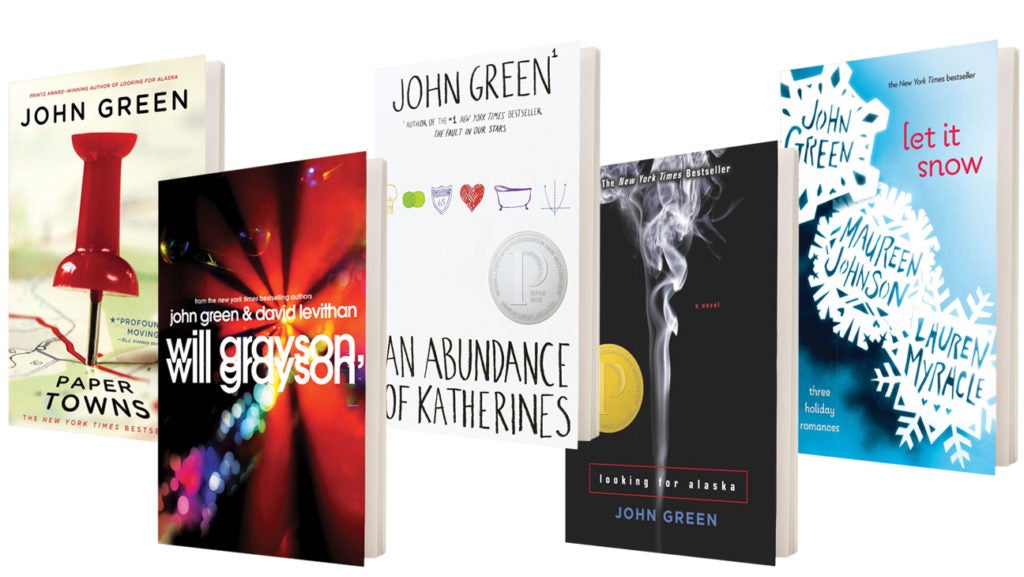 It’s impossible to bring up a nostalgic list of books and YA fiction without speaking of one of the modern legends: John Green.

From having all of us fall in love with one Augustus Waters to making us curious about what really happened to Alaska Young.

Honorable mention of course to fellow YA fiction author, David Levithan for Every Day, and his collaborative work with John Green in Will Grayson, Will Grayson. 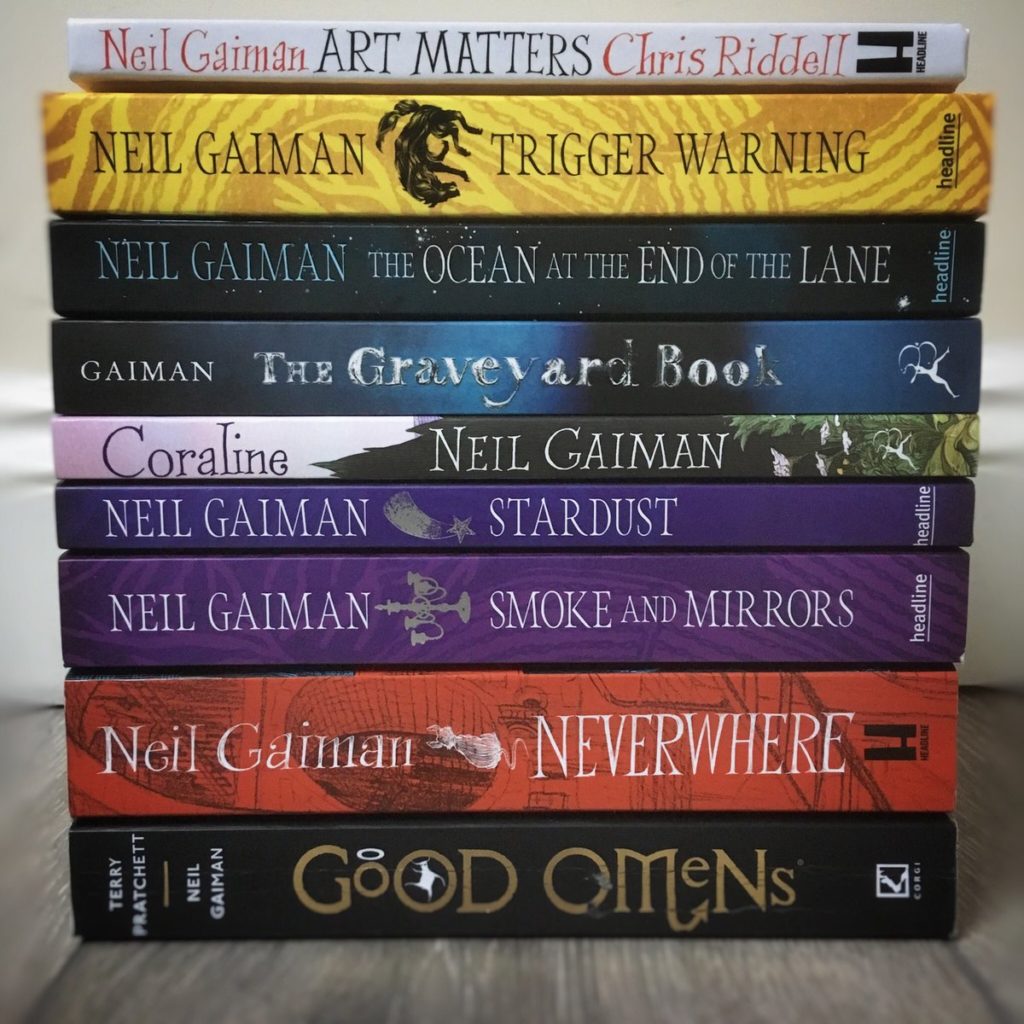 Maybe you went more into the grunge and darker side of fantasy, maybe Neil Gaiman was the wise guide of your gateway books into reading. From the sweet and spooky tale of The Graveyard Book, the other side in Coraline, to the captivating odyssey in American Gods, Gaiman’s body of work definitely has a little bit of something for everyone (in the most fantastical –and lowkey spooky– way as possible).

Many of his works have been adapted for audio books, plays, and movies. His groundbreaking classic The Sandman graphic novel series is in the works for its own TV series with Netflix.

Speaking of fantasy, somewhere around here would be the mention of a beloved book series that centers on a particular young wizard. One that sports a lightning shaped scar on his forehead. Truly a story that shaped generations, written by…she-who-must-not-be-named… 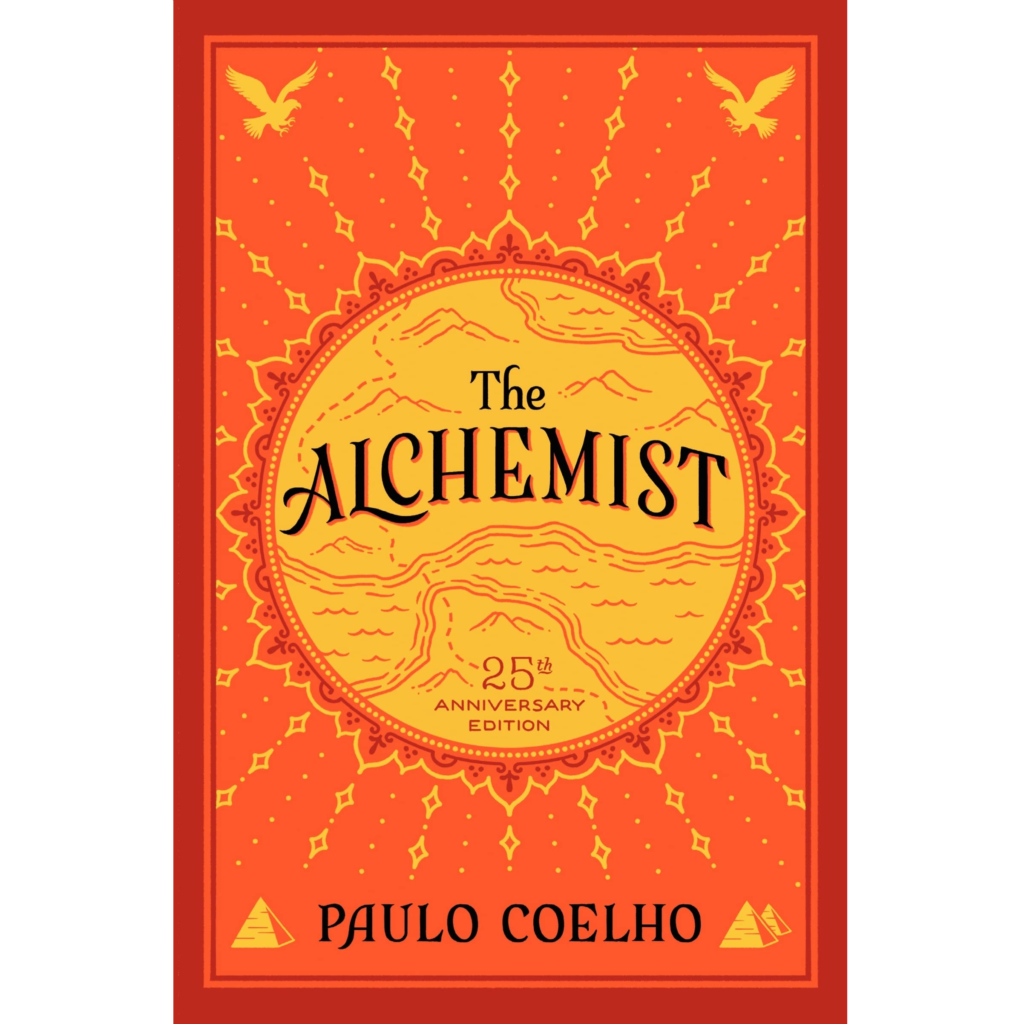 A most heartwarming, quick, and easy read. Paulo Coelho masterfully crafts the enchanting story of a shepherd named Santiago. In search of a greater destiny, and buried treasure, Santiago meets a cast of characters that each drop him their own nuggets of wisdom. The Alchemist is a timeless inspirational read that will give readers of all ages the warm fuzzies.

These are only some of the thousands of books that sparked the flame of a reader’s love for books. What books got you hooked on reading for life? 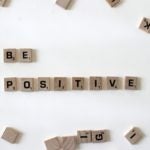 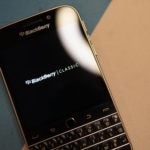