This release is part of SM Entertainment’s Remastering Project, where the record label will be remastering their music video releases from 1990s to the 2000s on YouTube. The remastering project also aims to show international music fans the history of K-Pop, as well as help the growth of the (South) Korean music industry. The release is also part of the current “SMTOWN 2022: SMCU EXPRESS” project.

Aespa’s re-recording of “Dreams Come True” as well as the accompanying music video was released on December 20, 2021 at 6 P.M. KST. South Korea’s “Queen of K-Pop” BoA participated in the song’s production, choreography, and visuals, adding the girl group’s “unique young energy”, hip-hop vibe and futuristic concept to the already dreamy sound of the song.

The music video showcases both dreamy and edgy, futuristic concepts, which were executed brilliantly by aespa. In one scene, the girls portray fairies (possibly in KWANGYA), and in another, they portray their group’s individual concept—complete with their æ-vatars.

Here’s what MYs (aespa’s fans) have to say about the MV:

ningning literally gave us everything. from being the amazing main vocalist, her great dancing skills, her visual, and a main rapper material. I'M TELLING YALL, SHE'S AN ALL-ROUNDER. she's an ace, no arguments#NINGNING #닝닝 #宁艺卓 #aespa #MYDreamsComeTrueWithAESPA pic.twitter.com/VKQgKRJY8X

I grew up listening ‘Dreams Come True’ by SES when I was a elementary school student. And now 20 years later, Gwangya girls upgrade the quality of this song today. #aespa pic.twitter.com/Ml3FhepmlM

literally went to another dimension when i heard this#MYDreamsComeTrueWithAESPA#드림스컴트루_날지켜줄_에스파@aespa_official #aespapic.twitter.com/JVhA5aZ2j0

Hands down this is THE prettiest album cover from aespa’s discography so far😍😍#MYDreamsComeTrueWithAESPA#드림스컴트루_날지켜줄_에스파#aespa  #에스파 pic.twitter.com/ss7kBNwuhk

So honored to have THE BoA and Bada collaborate with aespa on this amazing project 🥺https://t.co/EUYIf5f67w#MYDreamsComeTrueWithAESPA#드림스컴트루_날지켜줄_에스파#aespa #에스파 pic.twitter.com/rZ2hLr3e0G

aespa is always somewhere elevated in their MVs, like queens on their thrones 👑 They always stand out! 💙⭐️🌙🦋

Ps. I didn’t forget to include the forgotten child Forever 😚💜

Obviously, the aespa girls ate and left no crumbs for this remake. We can’t wait to see what else is in store for the SMTOWN 2022: SMCU EXPRESS project! 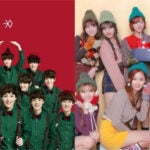 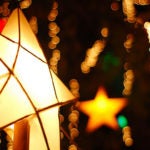