Trigger warning: This article touches on topics like suicide and death which may be sensitive to some readers.

It’s been 4 years since the passing of South Korean singer-songwriter, producer, author, and SHINee member Kim Jong-hyun, most famously known as “Jonghyun”. Known for his artistic control over his music which was rare in the K-Pop industry, as well as one of South Korea’s best vocalists, Jonghyun was (and still is) a beloved person and an idol to many artists in the industry and for fans all around the world.

In memory of SHINee’s main vocalist, SM Entertainment posted a photo of Jonghyun on SHINee’s social media accounts, with the caption “I always love you” at 12 M.N. KST.

Other SM Entertainment artists like Red Velvet’s Yeri posted photos of her with Jonghyun on her Instagram stories, and fellow SHINee members Minho and Key posted photos in memory of their beloved member.

yeri posted these photos of her with jonghyun on her ig story ㅠㅠㅠㅠ jjong's prettiest little sister, thank you 🥺💕 pic.twitter.com/4Rj80ZwpDm

Fans of SHINee and Jonghyun all around the world also posted their sentiments and feelings in memory of Jonghyun and his impact to their lives on social media. Most of the posts included the phrase, “You did well Jonghyun”.

for my baby, i’ll love u forever n ever <3 #jonghyun #youdidwelljonghyun pic.twitter.com/MyJVQHfKyM

It’s been 4 years and you’re still shining bright as ever from the sky. Till we meet again little moon ♡ #YouDidWellJonghyun #JonghyunWeLoveYoupic.twitter.com/k6aUZ6Aa8v

I will always love you #Jonghyun
I didn't know you before but I'm still attached to you a lot ,IDC what other people say but I truly love you & missing you ,thank you for always giving me comfort & inspiration
Thank you for everything#YouDidWellJonghyun
Forever #SHINee member pic.twitter.com/DGk3IOj2le

Dearest Jonghyun, you will never be forgotten. Thank you for your music and for sharing your beautiful heart and soul in this world. You did very well, and you are very much loved. Everyone misses you. May you rest in peace, angel. 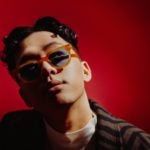 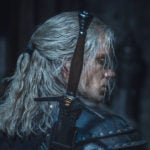