Yo, you’re my universe!

Four days before the release of the NCT 2021 “Universe” album, SM Entertainment dropped the music video for the album’s title track, “Universe (Let’s Play Ball)” on December 10, 2021 at 6 P.M. KST. This is the group’s first release for their 2021 full group comeback, following with “Beautiful” later on.

The NCT U lineup for “Universe (Let’s Play Ball)” includes Doyoung, Jungwoo, Mark, Xiaojun, Haechan, Jeno, Yangyang, Jaemin, and Shotaro. This lineup will be seen promoting the album and the NCT 2021 group comeback on South Korean music shows, and will be performing in upcoming awards shows and festivals such as the 2021 MAMA, KBS Gayo Daechukjae 2021, and SBS Gayo Daejeon 2021.

In a description of the song, “Universe (Let’s Play Ball)” is a powerful hip-hop dance song with the rap lyrics written by Mark. The music video for “Universe (Let’s Play Ball)” sees the NCT members playing baseball and dancing to the song’s choreography dressed in streetwear, switching to them decked in an embellished black and white ensemble against a backdrop of a faded world map.

NCTzens were right in their feels as they finally got to listen to the newest album’s title track, most of them complimenting the production and visuals of the members. They all took to social media to share all their sentiments about the song.

#NCT_Universe THIS MEN CAN BREAK MY HEART IF THEY WANT IDC pic.twitter.com/u4vzsdVhGm

THE BUTTERFLIES I FELT IN THIS PART HOLY SHIET#NCT_Universe pic.twitter.com/slTB4j7NdV

UNIVERSE IS SO GOOD, YOU DID IT AGAIN #NCT_Universepic.twitter.com/rtL3PhXozm

MY HEAD IS NOW FULL OF,

"LET'S PLAY BALL, YO YOU'RE MY UNIVERSE" pic.twitter.com/eRj1SpiISz

do you want an honest opinion? all i can say about 'universe (let's play ball)' is that only nct can pull that performance. This is what I liked about nct, they are a versatile group.

me talking abt how let’s play ball is a good song but the line contribution is just trash pic.twitter.com/4epTumTQYT

the world: the world when universe
(Let's play ball) mv was released: pic.twitter.com/WntETPDaAt

While we're in this sad hour, I'm thankful for all taromilkteas who's been here waiting for Shotaro's employment. We've been through a lot, so let's enjoy this comeback CHEERS 🥂🥂🥂🥂

Anyways NCTzens, it’s been a rough few days. How are we still not in shambles after everything’s that happened? Stream “Universe (Let’s Play Ball)” here. 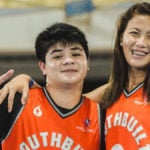 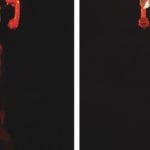