The Philippines’ top pole vaulter EJ Obiena has received several passport offers from other countries, according to Obiena’s mentor Jim Lafferty. The offers were revealed by Lafferty as Obiena faces allegations of falsification of liquidation of documents brought forward by the Philippine Athletics Track and Field Association (PATAFA).

Fans of Obiena are raging against PATAFA for the allegations against the country’s top pole vaulter, while some are encouraging Obiena to accept one of the passport offers so that he will be treated better by a different country. Some of Obiena’s fans believe that the athlete is better off switching to competing for a different country because the Philippine government does not offer much to support him in his athletic career, and local sports authorities aren’t exactly treating him any better either.

EJ Obiena has so much potential but the ones who were supposed to support him *cough* PATAFA *cough* are the ones who are trying to ruin him.

Wouldn’t be surprised if he leaves for a diff country. He deserves so much much better.

EJ Obiena should take one of the other passports. Our athletes aren't treated well and they deserve better.

And a world class golfer

EJ Obiena hasn't been receiving his funding for three months now. He is paying everything from his own pocket. Meanwhile, Gymnastics and Weightlifting chiefs do not course training-related expenses thru their athletes.

According to Lafferty, Obiena had already been receiving multiple passport offers from other countries even before the controversy with PATAFA surfaced.

“He is the hottest thing in track and field, because he’s gone from [world] No. 30 to No. 8 to No. 5 and everyone is afraid of him… He’s gonna win golds in big competitions. Now you don’t think other countries don’t want that?” Lafferty said.

Obiena has threatened to retire from international competition because of the issue with PATAFA and is demanding a “full and public withdrawal of investigation, and a full public apology from the authorities involved.” Lafferty remarked that there are several countries watching this situation unfold and are bewildered by the way the Philippines is treating a world class athlete.

Lafferty mentioned that Obiena has turned to him for advice regarding the many passport offers that he has been receiving, but the pole vaulter has already made up his mind — Obiena has no intention of changing nations despite the issue with PATAFA.

“Even now, in this current crisis, I have no desire to change nations. I see these statements on social media and active encouragement to switch allegiances. But this is not who I am and why I do this. I want to win for Philippines and show the world what we can do. I want to win for us,” Obiena wrote in a statement on Monday. “I am fighting to bring honor and glory for my country. Others fight for ego, or power. But that’s not me. I fight for higher principles. Loyalty is a virtue. And loyalty still matters.” 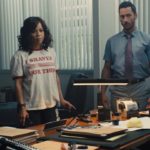 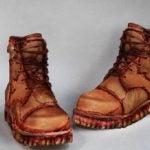