Fashion is sometimes surprising, but what this new e-shop offers is simply shocking. If you look at the dresses, jackets, pairs of boots and the likes, you’ll soon notice teeth and other details that make them look like they’re made of human skin.

Don’t worry, this is actually the latest campaign from PETA USA, parodying a major fashion group to raise awareness about animal cruelty.

The non-profit People for the Ethical Treatment of Animals, better known by its acronym PETA, has been running campaigns for several decades to alert consumers and brands to the use of ingredients and other products of animal origin in certain sectors, including fashion and beauty. A fight that has, for example, gradually led some brands to stop using fur in their collections. As the year draws to an end, the organization has a strong message for the fashion group Urban Outfitters Inc. with a shocking campaign that some might find unsettling.

Fortunately, it’s not really selling clothes and accessories made of human skin, but is aimed at grabbing the attention of as many people as possible — and in particular the fashion group in question — to raise awareness about the animal cruelty caused by making certain products, as well as about speciesism, PETA explains in a press release.

Made in the manner of a very real-looking e-shop, the Urban Outraged platform — which also has an Instagram account featuring promotions of the moment — has its own set of slogans, just like a genuine fashion brand. “Designs that demand a second look” or “Fashion that dares to ask the question ‘Who are you wearing?'” are among the messages featured in the campaign.

PETA has also given each garment the name of the person who was supposedly “killed” to make it. So you can shop “The Juliet Skirt,” “The Meg Boot” or “The Sofie Dress.” But it’s thankfully not possible to buy these imaginary clothes. If you try to put them in your cart, after selecting the size, you get redirected to a new page questioning you about your relationship with leather, wool or cashmere. JB 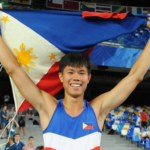 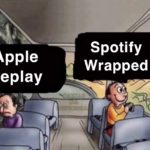