Netflix’s live-action adaptation for Avatar: The Last Airbender has revealed another cast member. Hawaii Five-0 star Daniel Dae Kim has been confirmed for the role of Fire Lord Ozai, the leader of the Fire Nation and the main antagonist of the series.

Fire Lord Ozai is the ruthless leader of the Fire Nation who plots to bring the whole world under his control and capture the Avatar. He is also the father of Prince Zuko, whom he banished from the Fire Nation. In the animated series, Ozai was voiced by Star Wars star Mark Hamill.

The announcement that Kim has been chosen to play as Ozai came in on Wednesday, November 3, via Deadline, and it looks like many are happy with the casting decision. Avatar Twitter has been active recently, hyped to see Kim portray the evil Fire Lord.

daniel dae kim as fire lord ozai in the live action of avatar has me squealing pic.twitter.com/ew6hvNcZjR

AND WHY IS MY TIMELINE NOT GOING CRAZY OVER THE FACT THAT MY FAVOURITE DILF DANIEL DAE KIM WILL BE PLAYING FIRE LORD OZAI IN THE LIVE ACTION A:TLA ON NETFLIX???

GET YOUR SHIT TOGETHER, MY DUDES. pic.twitter.com/BKk8RUTKta

Me about both animated Ozai & Daniel Dae Kim. https://t.co/4CYciWl8Ed pic.twitter.com/dXchZS9fQS

So Daniel Dae Kim is Fire Lord Ozai? How the hell am I supposed to hate that man looking like that?!

haven’t been able to stop thinking of Daniel Dae Kim as Ozai I am SWEATING pic.twitter.com/8QSnfAaBYU

I'm still holding my breath the live action Avatar: The Last Airbender will be ok with the original creators out but Daniel Dae Kim as Fire Lord Ozai gives me hope! Love him ❤️ https://t.co/mfe0MgXDXi

Fun fact: Daniel Dae Kim’s role as Ozai in the live-action actually isn’t his first encounter with the franchise. The actor has voiced other characters in the series — General Fong in Avatar: The Last Airbender and Hiroshi Sato, Asami Sato’s father in the sequel series The Legend of Korra.

The upcoming live-action series will be released on Netflix. Michael Goi is at the helm as director of the series, directing alongside Roseanne Liang, Jabbar Raisani and Jet Wilkinson. The series is executive-produced by Albert Kim, Dan Lin, Lindsey Liberatore and Goi. Albert Kim is also the writer for the adaptation.

The creators of the animated series, Michael DiMartino and Bryan Konietzko, were originally working with the team for the live-action adaptation as producers and showrunners, but the two left the production last year due to creative differences. 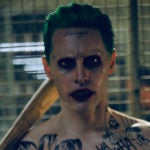 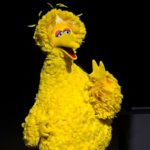