Imagine just wanting to celebrate your favorite idol’s birthday, but then received hate from an entire nation.

Weibo, one of China’s biggest social media platform and microblogging site, recently suspended the accounts of big K-Pop fan clubs in China last Sunday after a fan club for BTS’ Jimin was criticized for paying for a customized airplane in celebration of the idol’s birthday. The fan clubs belonging to several popular K-Pop bands and artists like BTS, EXO, and NCT’s Jaehyun were some of those banned from posting on Weibo, due to their “irrational star worshipping”.

JiminBarChina, the fan club in question, received numerous backlash in China after they were reported to have raised over hundreds of thousands of dollars to commission a Jimin-themed Jeju Air plane. According to their posts on Twitter last June, the initiative was supposed to be in celebration of BTS’ Jimin’s birthday on October 13, and would run for domestic flights in South Korea for around 3 months.

The fan club also stated that they would put advertisements on well-known newspapers like The New York Times and The Times for the idol’s birthday.

27th Birthday Support for PARK JIMIN Part.2 & 3
Advertisements in The New York Times and The Times

The world's first fan support to appear in both The New York Times and The Times at the same time with the largest scale and promotion
Date: 10.13 (the local time of publishment) pic.twitter.com/AQc6ZgEekH

It’s common for fans all around the world to have these big fundraisers in support of their idols, which can be seen through vote buying in idol survival shows, advertisements, and birthday events like this case. Sometimes, fan clubs come together to donate in charitable causes under the name of their idols.

The combined effort from Jimin’s Chinese fanbase is commendable and praiseworthy of how much they’re willing to support and celebrate their favorite idol, the Chinese government sees it in a much different light.

As you might have already know, China’s pop culture and entertainment industry are currently undergoing a “crackdown” and a “purge” from the Chinese government. Some of its infamous campaigns are its Eight-Point Plan talking about the “standard” they should have in their entertainment industry and their ban on “sissy idols”. They also emphasized on how fans were excessively spending on their favorite idols and celebrities.

K-Pop and anything Korean is currently a gray area for Chinese fans, due to the strained relations between China and South Korea. In fact, BTS is banned from China due to a comment made by RM on the alliance between the United States and South Korea during the Korean War.

Apparently, wanting to celebrate your idol’s birthday can now seem unpatriotic. Yikes. Would not want to be there right now. 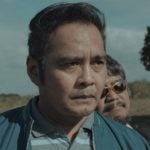 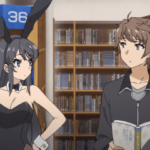