Girl power is the rallying cry for band Catharsis with the release of their debut digital single “For The Meantime.”

The all-girl quartet’s debut original couldn’t have come at a better time as the whole nation celebrates the triumph of a woman’s spirit against all odds.

“Hidilyn Diaz’s journey is really inspiring for us because it’s empowering to see a Filipino woman excel in a male-dominated environment,” expressed lead singer Sam Dahilan. “There’s still a huge gap/lack for women representation in OPM. As an all-girl band, we want to spread an advocacy through our music; that we must see this uniqueness not as a hindrance but as a driving force for women to pursue music.”

Powerful words for a girl in just her late teens. Yet that is a reflection of how her young band understands and embraces the field they’re in. 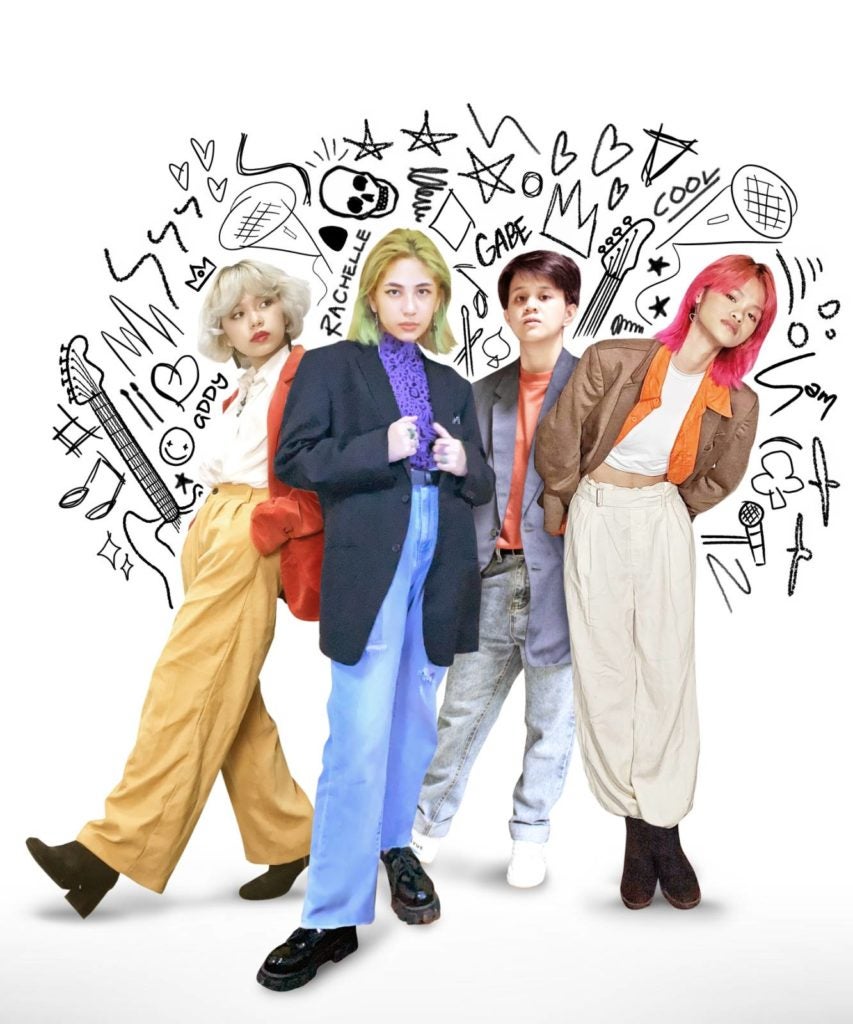 Catharsis is a three-year old band whose members graduated from the same school and the same course; and by fate, enters the local recording scene together in the most uncertain and most challenging of times which wildly tests the foundation of their group.

Judging from their debut record backed by Widescope Entertainment, the members of this girl band are no doubt enjoying each other’s company, as evident in their vocal harmonies and the smooth energy playing throughout their original introductory piece. This brings a quite intriguing anticipation of what has yet to come with this group.

“The song is about bargaining for temporary love from someone who is afraid of commitment,” said guitarist Addy Pantig who wrote the track.

According to Sam, all four of them wanted to find a single word that would resonate with the band’s purpose. “Catharsis” proved to be perfect with its strong meaning of expressing an outburst of emotion through art – music to be exact.

They have not patterned themselves from any girl band, current or past, though they’re proud to say that female-fronted bands such as Paramore, ABBA, and Up Dharma Down are strong influences. The inclusion of ABBA in the list is not surprising. They do classic covers including Chuck Berry’s “Johnnie B. Goode” and Francis Magalona’s “Kaleidoscope World.”

“For The Meantime” is a bright pop full-band ditty that offers cute poetry like “Venus shining in the moonlight” and “Butterflies rising to the skies.” One line is “looking for the angel in disguise.”

Catharsis members find music as middle ground in their appreciation of art in general. From their high school classroom where their bond was solidified, they ventured together as friends out to play music and find their audience. From doing cool covers, they went on to work with their originals. They’re more than ready to showcase what they have and take pride in what they represent, especially in a challenged modern world.

For the Meantime by Catharsis will be your new anthem! Listen to this catchy, new single now: https://orcd.co/catharsis_forthemeantime