Gaming has had its fair share of world records — be it in-game like the fastest time for completing a game with a speed run — or material, like having the largest collection of game memorabilia.

Reddit user Taline has spent the last 31 years collecting Final Fantasy memorabilia and considers it to be their “biggest hobby.” Now, their collection is nearing 4,000 items, and they intend to apply for the world record by the end of the year to see if they can beat the current record.

Almost 4000 Final Fantasy collectibles. My biggest hobby and I’ve been doing it for 31 years. Applying for Guinness World Record at the end of the year. Wish me luck! Current holder is 3700ish. Sorry can’t post all the pictures. Too many. I have been uploading to my social media. from FinalFantasy

Even with a large collection nearing 4,000 items, Taline emphasized that they are “picky,” so they don’t collect every single Final Fantasy collectible in existence. Actually, even with their massive collection, they’re still on the lookout for particular items that they’ve yet to collect, like a cold-cast statue of Final Fantasy VIII’s Squall Leonhart and Rinoa Heartilly.

Taline did admit that they have favorites from their collection though — a lithograph of Final Fantasy VII’s Cloud Strife and Aerith Gainsborough and a signed art book featuring the art of Final Fantasy illustrator Yoshitaka Amano. 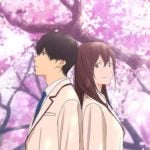 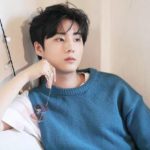