8 BL series that might just bring ‘kilig’ into your life

In the past couple of years, there has been a surge of BL content after the genre successfully broke into the mainstream. Several of these gay romances trended on Twitter with every episode released, some series even developed a cult following for its actors. Naturally, one of the world’s largest streaming platforms decided to pick up and add them to their library for their subscribers to stream.

It’s quite a nice surprise to see this genre blow up especially in countries in Asia, which as we know are still mostly conservative in their views of sexuality. Seeing that viewers have finally taken some interest in the BL genre, it’s only a few more steps to open people’s perspectives on love for the whole spectrum. This just means more romance for all of us!

In the meantime, here are 10 BL romances from Asia available on Netflix for you to binge-watch with your friends or family. 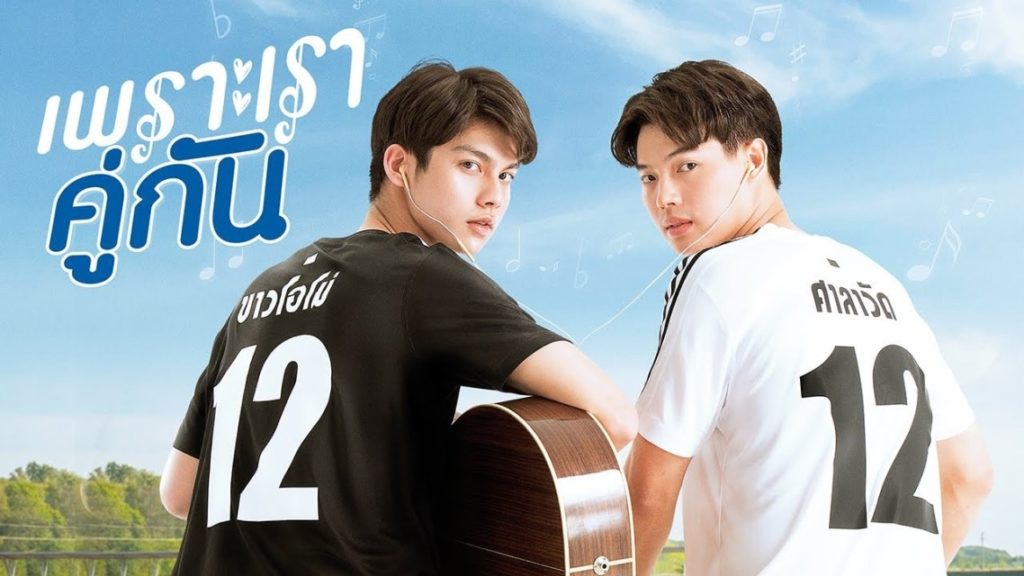 We can’t start this list without mentioning the series that shook the Philippines and kickstarted the whole BL craze. “2gether: The Series” is a Thai romance-comedy from GMMTV, starring Vachirawit “Bright” Chivaaree and Metawin “Win” Opas-iamkajorn.

Airing back in 2020, the show follows Tine (Win) as he tries to shake off an unwanted admirer through the favor of his pretend boyfriend, the introverted musician Sarawat (Bright). It is also based on a novel of the same title.

With their swoon-worthy looks and interactions, it’s hard not to be invested in their budding romance as Tine and Sarawat realize that they might not be pretending anymore. The show also uses music from the Thai band “Scrubb”, which adds more romantic sentimentality to the scenes. 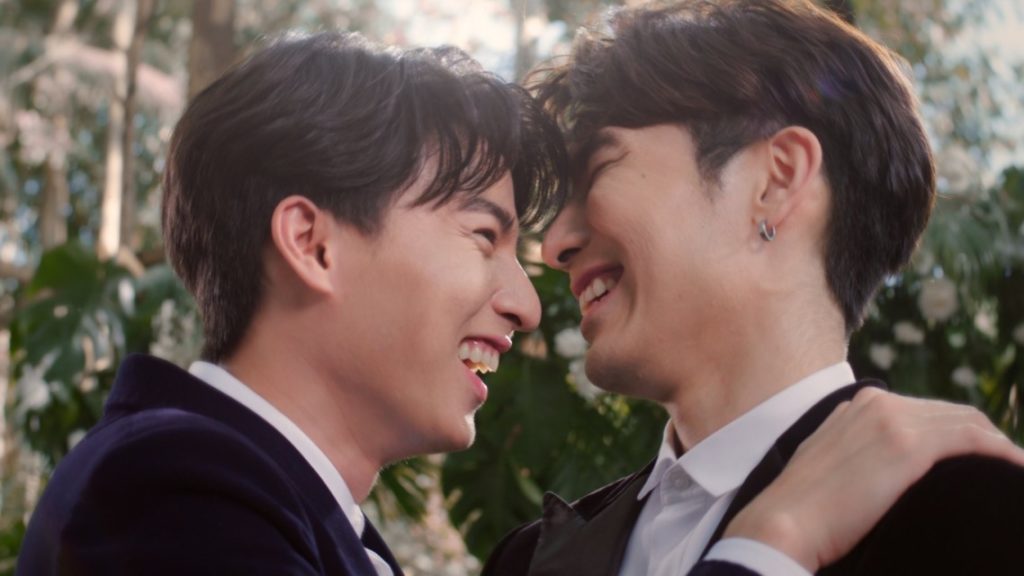 If you’re looking for something a bit headache-inducing, look no further. Based on another novel, “TharnType: The Series” is a 2019 Thai romance-drama featuring Suppasit “Mew” Jongcheveevat and Kanawut “Gulf” Traipipattanapong.

The story revolves around roommates Tharn (Mew) and Type (Gulf) who are always at odds with each other because one is homophobic and the other is gay. Not quite the college romance people look forward to. However, a few instances help them understand each other more as their animosity blooms into friendship—and maybe something more. But how will this unstable affection survive amongst trust issues and manipulative schemes?

Join Tharn and Type’s adventure into toxic relationships as a warning for yourself. 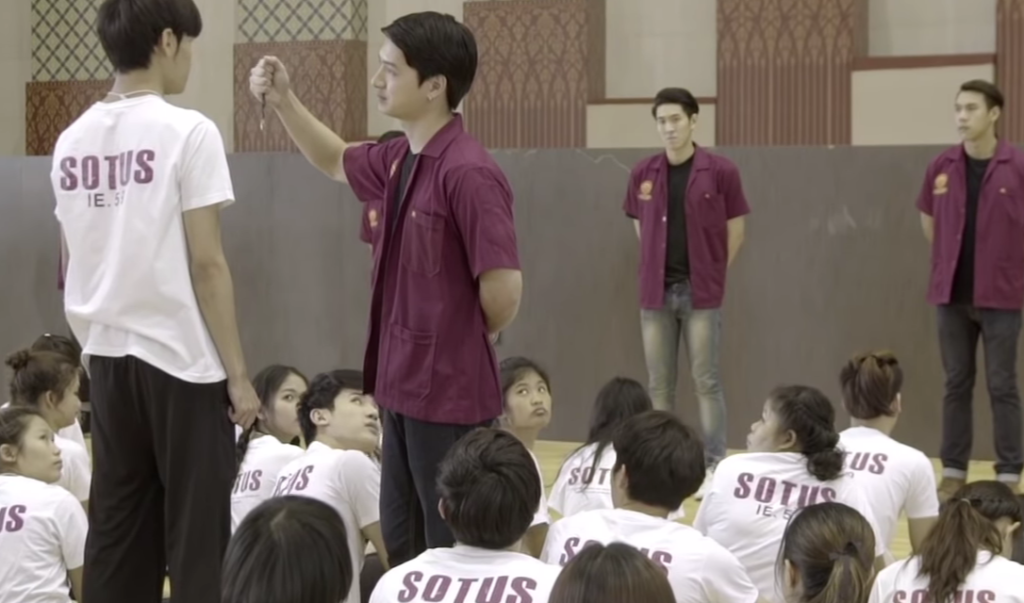 How about something a little cheesier and lighter for the soul? Released back in 2016, “SOTUS: The Series” is a classic favorite of the Thai BL community. This college-centric romance is led by one of the most popular BL pairing in Thailand: Perawat “Krist” Sangpotirat and Prachaya “Singto” Ruangroj.

From the engineering department, freshman Kongpob (Singto) is about to experience the obligatory hazing under the guidance of the third years. Due to his sense of justice, he clashes with the head hazer, Arthit (Krist). With his flirtatious charm and smooth moves, Kongpob might just be perfect to melt the tsundere junior’s heart.

Unfortunately, Netflix Philippines seems to have removed this title from their library. If it’s not available in other countries as well, both of its seasons are accessible on Youtube. 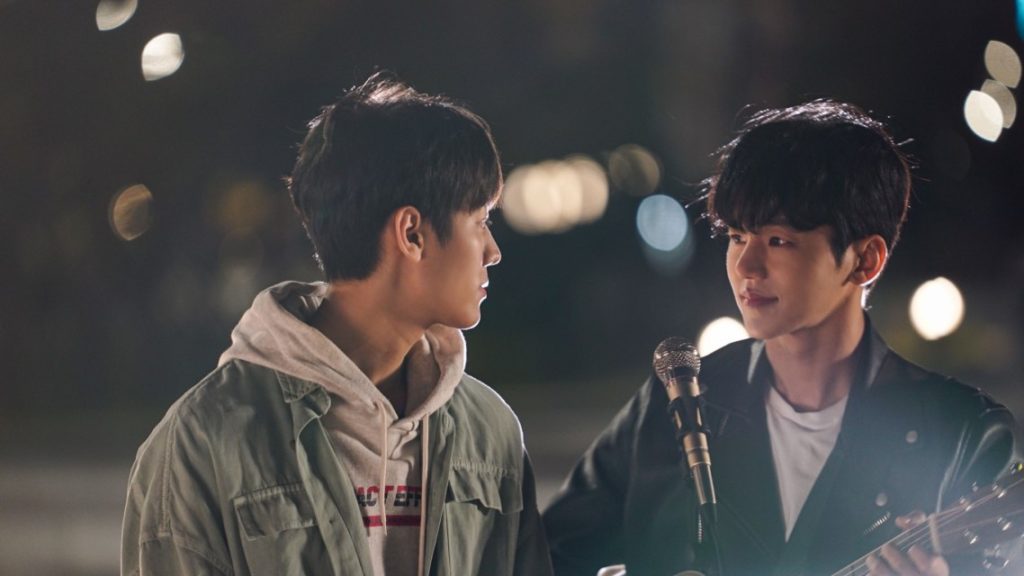 Korean BLs are a bit difficult to find as they don’t produce much of it compared to Thailand. Luckily, Netflix picked up at least one of them. “Wish You: Your Melody from My Heart” is a romance-drama film from South Korea, released just January this year. The film is a compilation of the whole “Wish You” series with added scenes, featuring actors Kang Insoo and Lee Sang.

The story focuses on Kang Insoo, a singer who busks everyday in hopes to someday make music as a career. His performances are uploaded on Youtube, catching the eye of keyboardist Yoon Sangyi (Lee Sang), who is looking for talents for his company.

With its soft romantic atmosphere, the film explores the relationship between two musicians who will face music, challenges, and best of all—love. 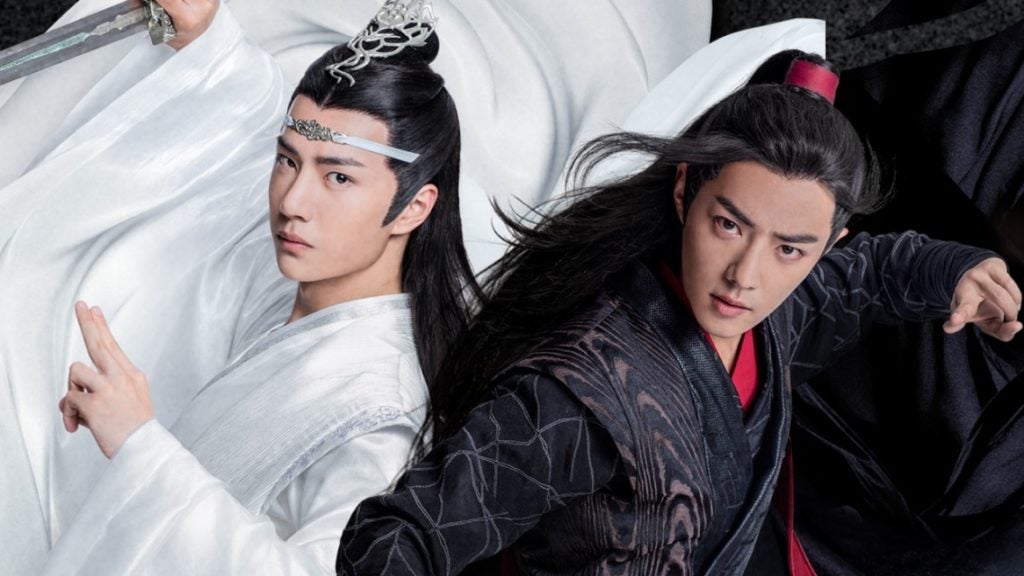 Are you up for something a bit more adventurous? Dive into the Chinese fantasy genre with “The Untamed”, a mystery-action series set in ancient times. The show uses magic, mythology and supernatural themes, starring Xiao Zhan and Wang Yibo. It is based on the novel “Grandmaster of Demonic Cultivation” by Mo Xiang Tong Xiu.

In a world of inter-clan rivalry, two soulmates travel to follow a series of mysterious cases linked to a tragic event that occurred many years ago. Due to China’s censorship, the series is more of a bromance than a BL, but the soulmates remain romantic nonetheless.

“The Untamed” has 50 episodes available to stream on Netflix. It also has its two animated adaptations—regular and chibi— available on WeTV. 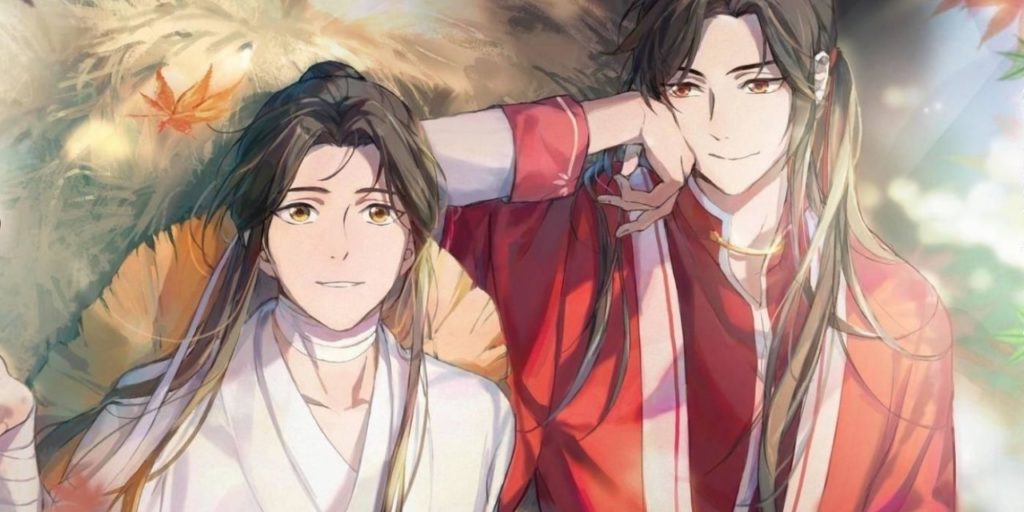 Based on another novel by Mo Xiang Tong Xiu, “Heaven Official’s Blessing” is the only animated BL on this list. The Chinese fantasy series follows Xie Lian, a fallen prince who used to be the darling of the heavens a long time ago. 800 years after being banished twice to the mortal realm, he ascends as a god for the third time.

The show also focuses on Xie Lian’s adventures with the ghost king Hua Cheng as they uncover secrets that lead to their tangled past. Through them, viewers will discover a love that transcends time and withstands all hardships. 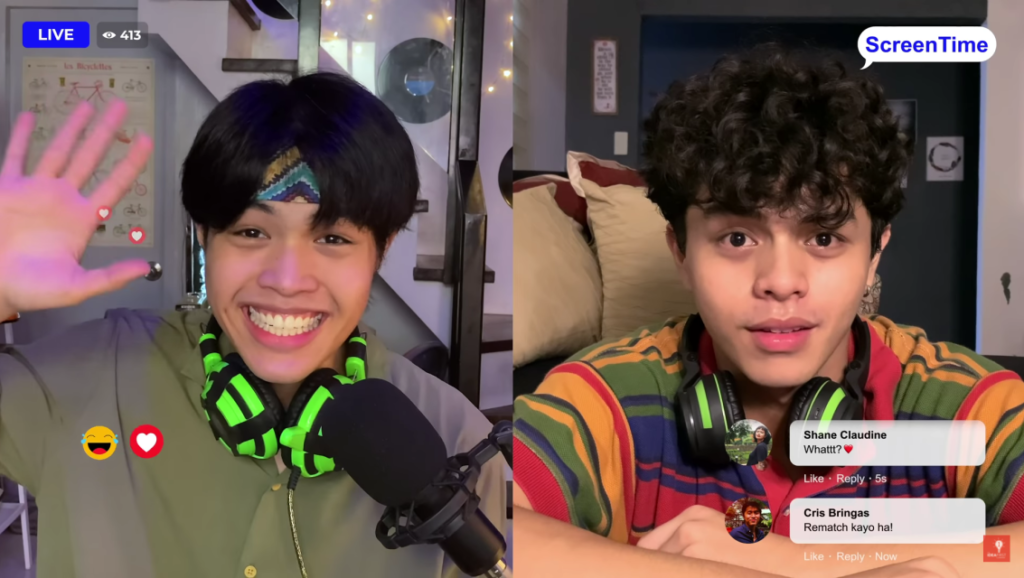 The very first Pinoy BL that came out during the pandemic, “Gameboys”, is a romance-comedy starring actors Elijah Canlas and Kokoy de Santos. The series revolves around the life of the gamer, Cairo (Elijah), who seeks a rematch with the player who defeated him, Gavreel (Kokoy).

Catching attention for its mostly virtual set-up and its fresh take on life during the pandemic, the show gained a cult following as it trended on Twitter in its episodic release. Both actors were praised for their performances and their chemistry despite the lack of face-to-face interactions. 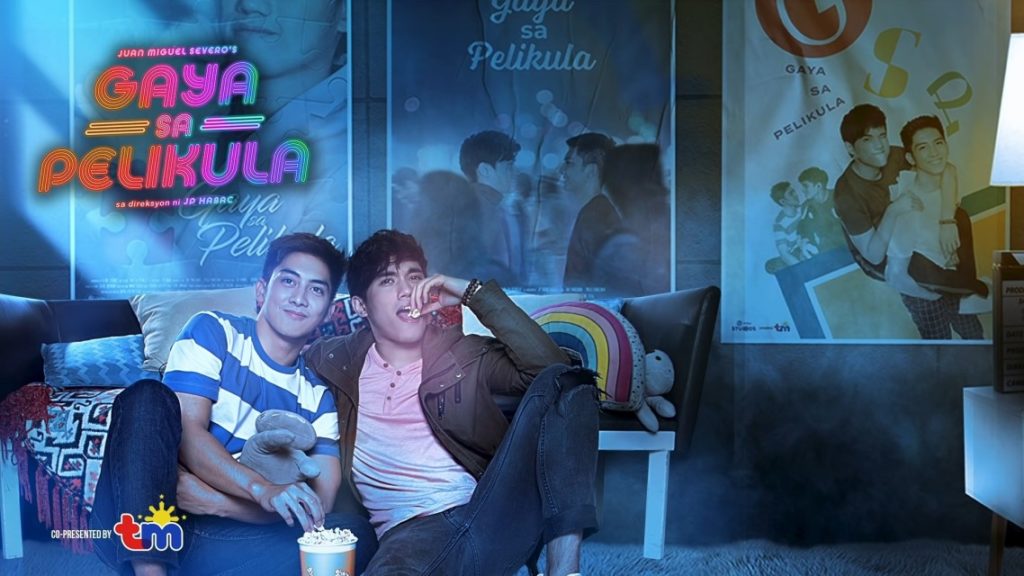 Are you something of a film enthusiast? This series might just be perfect for you. “Gaya sa Pelikula” is the breakout BL series of the Philippines led by Paolo Pangilinan and Ian Pangilinan (no, they’re not related), collectively known as PangPang.

Karl (Paolo), an architecture student looking to shift into film, is sent to live alone for his semestral break. After a series of mishaps, he is forced to live with and pretend to be the boyfriend of Vlad (Ian), a film student. Their shared passion for film eventually brings them closer, but something else might bring them apart.

The show gained praise from the LGBTQIA+ community for its careful and accurate representation of the gays. However, an incident last month circulated about its writer Juan Miguel Severo, who is facing allegations of sexual harassment.

Nevertheless, “Gaya sa Pelikula” deserves to be known apart from its writer. This tale of acceptance and love now belongs to the people who have related to it.