Jason Mraz’s song “I’m Yours” came out back in 2008, and it looks like it’s still a hit after 13 years as it recently reached 1 billion streams on Spotify.

Spotify awarded the Mraz with a plaque to commemorate this milestone, and the 44-year-old singer posted an unboxing video for the award on his Facebook page to celebrate his achievement.

In the video, Mraz eagerly unboxed the award and showed it on camera.

The singer hefted the plaque and jokingly said, “Holy smokes! Does this thing send out a wi-fi signal? ‘Cuz that I can really use.” He ended the video by fogging up the plaque, drawing a smiley face on it, and thanking Spotify for the award.

Mraz’s “I’m Yours” is one of few songs from the 2000s to reach 1 billion streams on Spotify, the others being The Killers’ 2004 debut single “Mr. Brightside” and Eminem’s 2002 song “Lose Yourself”. The oldest song to reach this milestone on the music streaming platform is Queen’s 1975 hit “Bohemian Rhapsody”, followed by “Wonderwall” by Oasis, which was released in 1995.

It looks like Jason Mraz won’t hesitate (heh, get it?) to bring his fans more joy with new songs to jam to, because he wrote on his Facebook post: “Unboxing 1B Spotify streams. Thank you for listening to my jams. New songs dropping next week! Tour starts in less than a month. Smoke if you got em.” Congrats on hitting 1 billion streams on Spotify, Jason! 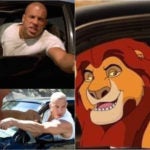 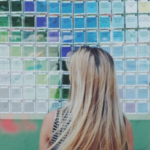 Just hit send: The Unsent Project’s way of communicating what we couldn’t