Marking the second anniversary of “Euphoria,” the show’s lead actress Zendaya recently teased the upcoming season of the television series on her Twitter account.

The tweet gathered thousands of likes and retweets from people who are excited for the upcoming season, which was originally due to start filming in March 2020 but was postponed because of the COVID-19 pandemic.

First off congrats to @Zendaya and happy 2year anniversary to @euphoriaHBO and I can’t wait to see what you guys have in store for us…I been waiting for this one 😏😎 https://t.co/UY9rXjMeiy

I CAN NOT WAIT!! #Euphoria #Zendaya https://t.co/t2Keqin4BD

Last May 2021, more than a year after the delay of the filming, it seemed that “Euphoria” season 2 was officially back in production.

Zendaya shared photos from the set in her Instagram story. It contained a photo of Angus Cloud, who plays Fez in the show, with a caption “Missed this kid”.

The actress also followed it up with an image of the sound stage, captioning “Just being back in general… missed it” and tagged the official Euphoria page.

Season 2 is expected to air on HBO, just like the first season and its specials. However, the number and lengths of its episodes are yet to be confirmed.

Meanwhile, returning cast members for the second season are:

Although there was no official date given for the release of “Euphoria” season 2, people are anticipating for it to be aired by the end of 2021 or early 2022.

“Euphoria” is an American teen drama series written by Sam Levinson. It is loosely based on the Israeli miniseries of the same title created by Ron Leshem and Daphna Levin.

The series follows the life of a group of high school students as they grapple with issues of sex, drugs, friendships, love, identity and trauma. 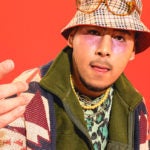 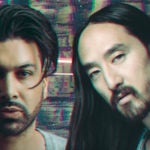